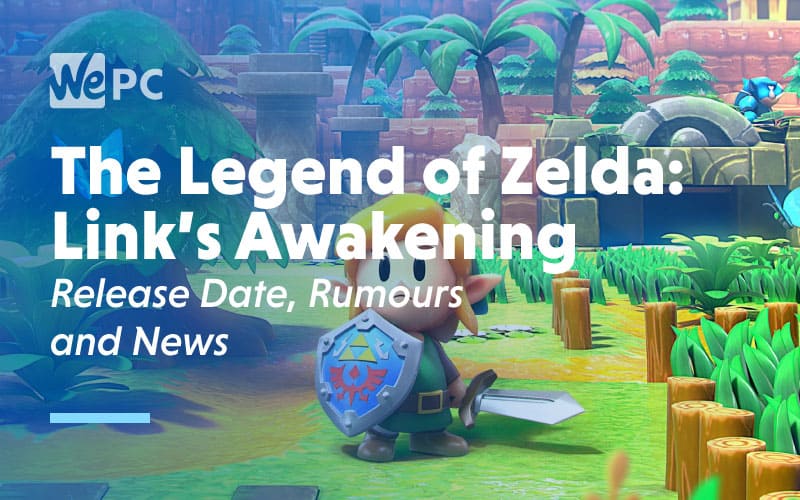 As much as we may all be hoping for the next chapter in the story in the form of a Breath of the Wild sequel game, that doesn’t mean we’re not still immensely excited to see the 1993 classic Link’s Awakening get a reboot.

After the announcement at E3 2019, we got a confirmation of the game’s release date – September 20th, 2019. With the release date so close already, we’re chomping at the bit to dive back into the classic story, this time with updated graphics, new content, and just the perfect touch of nostalgia. The new graphics are simply adorable, and very much in the style of the Nintendo Switch. The opening sequence from the original game was pretty memorable in green and black, so having it updated in full color is giving me all sorts of feelings. Check out the trailer for the game below.

For those that can’t wait until September, you can pre-order the game now. And, there’s even a “Dreamer Edition” that is basically the special edition version of the game with a fancy name. It’s already been selling out in some stores thanks to the gorgeous art book that comes with it. Get your hands on a copy of the game before it’s too late by clicking the links below.

The Legend of Zelda: Link’s Awakening US Pre-Order

In terms of gameplay, it’s pretty much what you would expect from a new Zelda game. It appears to be fairly similar to A Link Between Worlds as well as incorporating some 2D sections that really pump out that nostalgia feeling. One of the biggest aspects, though is the addition of the dungeon creator aptly named Chamber Dungeons. It looks as though players will be able to collect new dungeon squares throughout the game to put together in their own designs. It’s an interesting addition to the game and should make for some fun gameplay.

They’ve kept the top-down style of the original game, but now we’re being treated to much more adorable and polished graphics. It feels like a classic Zelda game that’s been lovingly updated to match the new consoles we have. This has always been one of the weirder games in the series, mostly because we’re in a brand new area. This ain’t Hyrule, folks. Here on Koholint Island, we get to meet a new selection of people, monsters, and landscapes. Not to mention the fact that there’s a giant egg on top of the volcano.

How Similar Is It To The Original?

Surprisingly, this new revamp of the game is almost exactly same as the original. The maps we’ve seen so far match up perfectly with the GameBoy version, with every feature in the same place. They’ve even kept some of the design elements the same while also updating the graphics at the same time. The flowers are still in pairs of two, some of the textures harken back to the old-school style we remember, and we can only assume the storyline and puzzles are the same too. This makes it a real trip down memory lane for long-time Zelda fans.