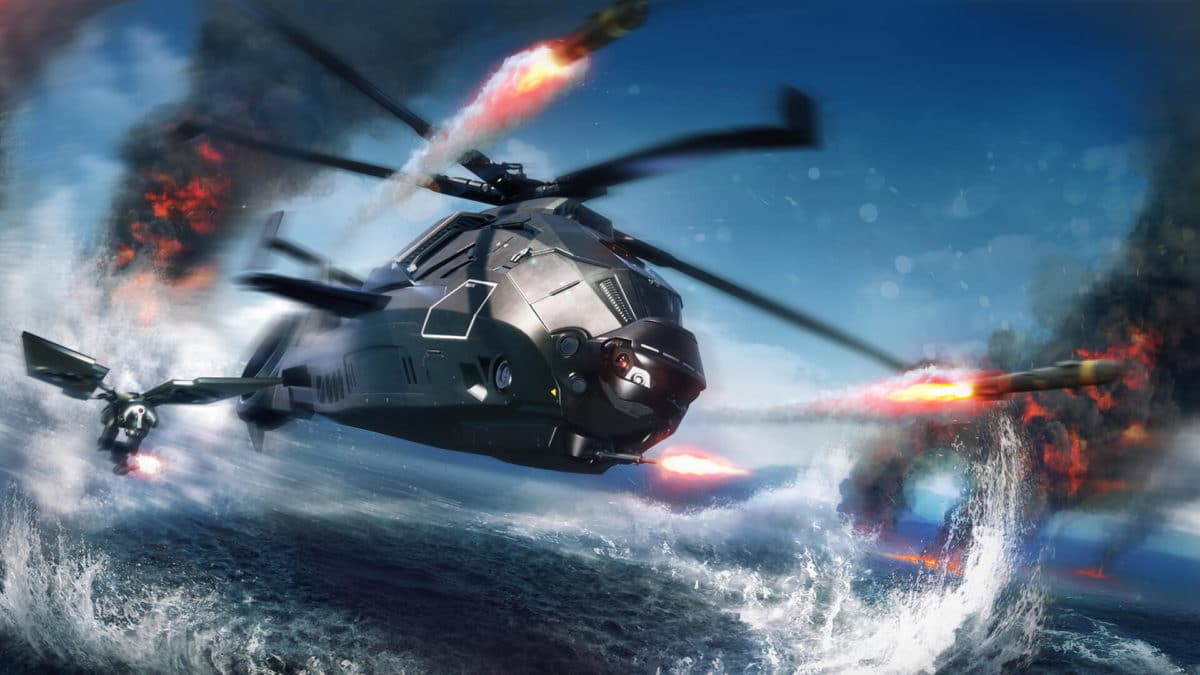 At Gamescom, Publisher THQ Nordic shared that a new helicopter fighter game dubbed Comanche is in the works. Developer Nukklear Digital Minds took to the stage during the Opening Night Live presentation to discuss the news and showcase a new trailer.

Comanche taps into the sim genre that rose to popularity back in the late 1990s and early 200s as PC gaming rose to prominence with titles such as Janes’ Longbow, but imbues it with a fresh lick of paint and all that contemporary tech can offer by reimagining the seminal retired helicopter as an advanced modern tool of war.

Gameplay-wise, Comanche is an objective-based team-based multiplayer affair set not too far in the future. Players pick a helicopter and drone combo each with unique abilities from an arsenal of vehicles and dive into low altitude frenzied dog fights alongside close quarters drone operations. Teams either play as the attacking or defending force, and there’s a ranked mode where players can test their skills against one another.

From the trailer, we can expect stunning natural vistas and plenty of obscuring topography from which to launch stealth attacks in true attack helicopter style. Few other details are currently available, but Comanche appears to hone in on fast-paced, explosive air combat that feels more of the arcade-tradition that the enthusiast simulator genre, which should make for quick-fire, action-packed matches.

Comanche heads to early access in early 2020. In the meantime, THQ Nordic is running Alpha and Beta tests and is urging interested parties to register their interest on their website to be in with a chance of taking part. Unfortunately, the publisher stopped short of specifying when these might start.