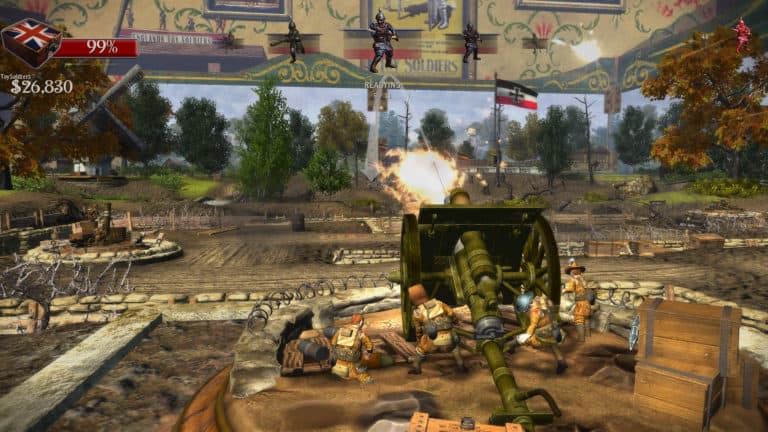 Table of Contents hide
Toy Soldiers HD Delay Statement
Is The Game Available On Anything Else?

Toy Soldiers HD, the remaster of the 2010 Xbox Live Arcade game, has been delayed for what is now the third time.

The developers of the game have shared a statement on the delay.

The statement on the delay reads as follows

“We regret to inform that we must hold the release of Toy Soldiers HD for Nintendo Switch for a bit longer. Although we passed extensive quality assurance testing it was discovered that the game’s software is not communicating properly with the consumer version of the console when in multiplayer mode. Our partners are collaborating with us to quickly implement a solution. Collectively, we all want you to be able to enjoy the full Toy Soldiers HD experience. Whether in single or multiplayer, we want you to experience the game’s hybrid FPS tower defense gameplay. We look forward to seeing you take to the skies and rain down fire from above, take out enemy bombers or earn your victory in exciting dogfights as you pilot the first airborne war machines. Control fearsome armored vehicles and tanks with explosive firepower as you win the war and earn your upgrades for the next thrilling battle on the road to victory.”

Is The Game Available On Anything Else?

You can however currently play Toy Soldiers HD on Xbox One, with the remaster of the game releasing in October 2021. It also launched on PlayStation 4 and Steam at the same time.