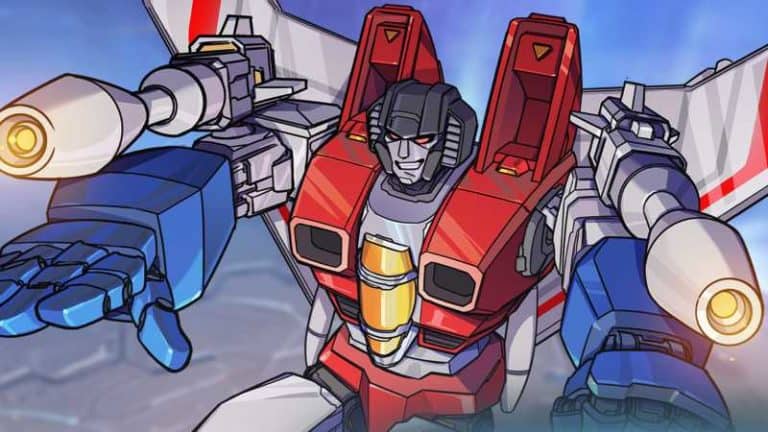 Yes, there are already over 100 mythical Gods to play with in free-to-play MOBA SMITE, but let’s be honest, you can never have too many skins. Despite being in the swing of the Queen of the Banshees event at the moment, you can already get excited for the Transformers crossover, coming on November 16th. Keep reading to find out which iconic characters have been revealed as new God skins in the latest SMITE patch notes.

The Transformers update will bring new items to the SMITE Battle Pass, including God skins for Premium Battle Pass owners. There will also be quality of life amendments, bug fixes and some changes to existing Gods and Items.

The SMITE patch notes reveal six new God skins coming with the Transformers update. Two Optimus Prime options will be added for Geb, two Starscream skins for Jing Wei, and two Megatron choices for Ra. The Generation 1 skins will be available for those Premium Battle Pass holders who make it through to the Prestige track before the end of the season.

Some other skins, including Gingerbread Baba Yaga and Plushie Tiamat, are also going to be added with the Transformers update. For the entire list, check out the full patch notes on the official SMITE site.

Alongside quite a few bug fixes to Gods, Items and the UI, the effects of some items have been changed. For example, the Warrior’s Axe’s cost has been increased to 650 from 600. It has had 15 Physical and 20 Magical Power added, and Physical Protections have been decreased from 15 to 10. Finally 75 Health has been removed.

Again, as a significant number of items have been changed, go to the full patch notes for the exhaustive list.

Updates coming soon to SMITE include a Bonus update to Queen of the Banshees, coming on November 2nd, and a Transformers Bonus to follow on November 30th.