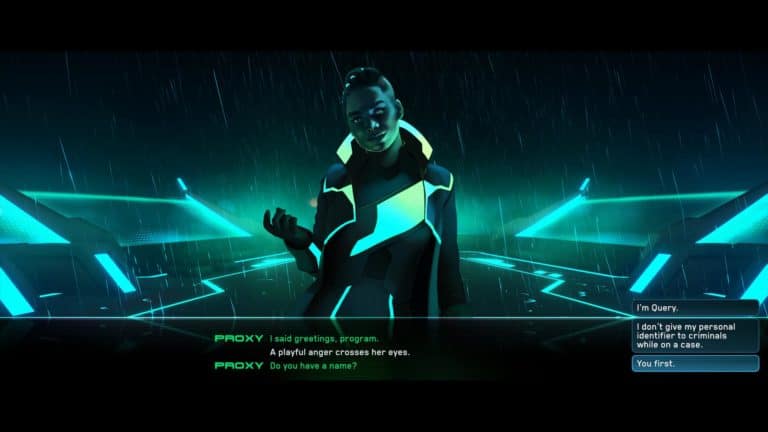 Are you ready to enter the Grid? Well hold your horses, TRON Identity doesn’t release until 2023.

As shown on Steam, the planned release date is 2023, which means it is obviously coming, we just don’t know exactly when.

TRON: Identity, from Bithell Games is a visual novel adventure game that puts you into the Grid to uncover truths in a world without a creator.

There is no other information on the publisher or Steam’s website regarding the release date window.

All we know is that TRON Identity will release sometime next year.

You can currently add the game to your Steam wishlist, however, there is no mention of early access, pre orders, or testing.

What can we expect from TRON: Identity?

As mentioned this visual adventure game will plop you straight into the Grid following Query, a detective program.

The overall story is ultimately affected by your in-game decisions. As you interact with a variety of characters, you will need to ally with them, spurn them, or even derezz them.

As seen on Steam in-game features include:

TRON Identity is not going to be a graphically intensive game, making it accessible for a lot of different players.