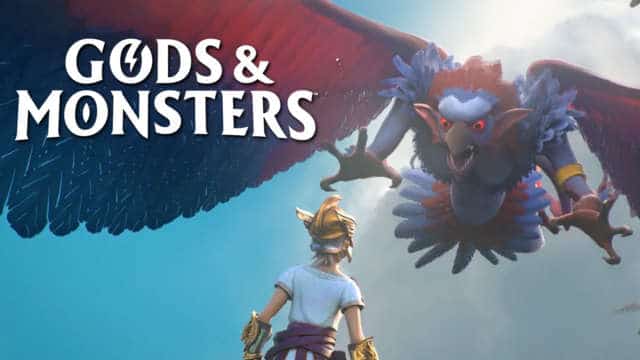 Gods & Monsters is the next game from the team behind Assassin’s Creed Odyssey, Ubisoft announced during its E3 2019 press event. The game is an open-world story-book action adventure set in Ancient Greece. Ubisoft calls it “an epic journey through the fantastical world of Greek mythology” with a focus on gods and mythical creatures.

Hero Fenyx is tasked with returning the Greek gods to their former glory by fighting off monsters spawned in by a fearsome leader by the name of Typhon, a winged menace who you’ll ultimately end up facing. Players will meet Gorgons, Hydras, and Cyclops while exploring the ground and the skies thanks to special powers handed down by the gods.

Much of the gameplay revolves around solving puzzles, trials, dungeon crawling, questing, and sword-based combat on the stunning Isle of the Blessed.

Marc-Alexis Côté, a senior producer at Ubisoft Quebec, closed off the briefing with the announcement alongside a teaser trailer depicting a verdant Greek archipelago with lush grasses, white rocky outcrops, scattered ruins, and jutting cypress trees.

The art in the very little we’ve seen of Gods & Monsters is vaguely reminiscent of Fortnite, but with a more refined brushstroke style, at odds with the detailed minutiae of Odyssey. It veers more towards the painterly than any recent offering from Ubisoft, which is a refreshing break from the highly produced aesthetic we are accustomed to seeing.