With a host of high-profile players set to compete in 2020, we can expect the roster to receive more expansions over the coming months. 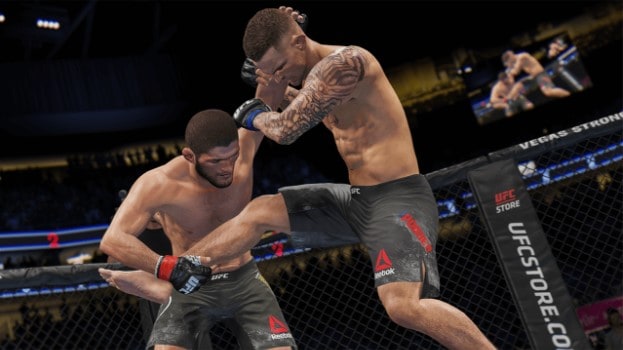 The newest update to UFC 4 is live with an all-new fighter, updates to vanity, and new PRIME ICON fighters for a fresh experience. Coming into the new update is Giga Chikadze, who is a Georgian mixed martial artist and former kickboxer who competed in the featherweight division of GLORY and currently competes in the featherweight division of the Ultimate Fighting Championship. He is currently the number eight UFC fighter in the world and is looking to be one of the best fighters in UFC 4’s latest update.

In addition to Chikadze, UFC 4 is also getting the Russian professional mixed martial artist Magomed Ankalaev. He is in the Light heavyweight of the Ultimate Fighting Championship. Ankalaev was also the Light heavyweight world champion at World Fighting Championship Akhmat. With two new fighters being added to the game, UFC fans will get to experience them in co-op, online and single-player gameplay.

UFC 4 continues to add its most talented players to the game. With a host of high-profile players set to compete in  2020, we can expect the roster to receive more expansions over the coming months. To check out the full patch notes, click here.