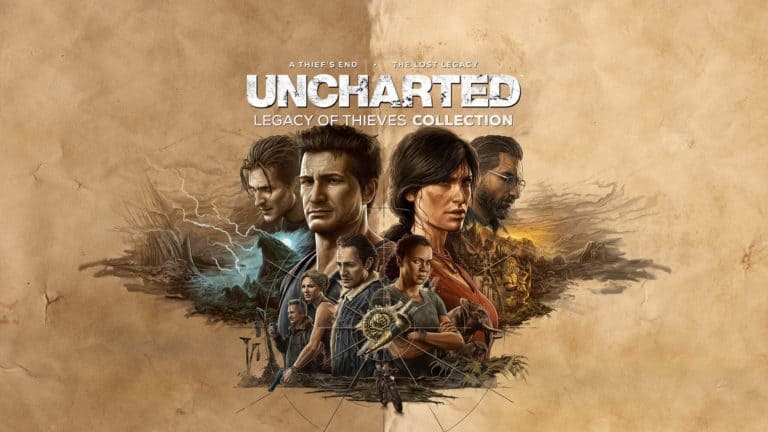 In a recent blog post from Epic Games, they have compiled a list of the biggest upcoming games to grace the PC platform in 2022. The year has already seen titles such as God of War, R6 Extraction, Total War: Warhammer III, Tiny Tina’s Wonderlands, and LEGO Star Wars: The Skywalker Saga release but what’s next?

Well, quite a lot, however, UNCHARTED is likely to be high on quite a few lists. UNCHARTED: Legacy of Thieves Collection is set to release in the second half of 2022, possibly July, although it isn’t confirmed just yet. The collection features two remasted console classics for the PC – UNCHARTED 4: A Thief’s End and UNCHARTED: The Lost Legacy. Those who own a PlayStation will know these titles very well and it is great to see such a successful game coming to PC.

The UNCHARTED: Legacy of Thieves PC release was initially leaked via Steam, where it was noticed by many users that the Steam API had revealed a few big upcoming titles.

The initial UNCHARTED: Legacy of Thieves Collection release date for the PS5 was on Friday the 28th of January, 2022. UNCHARTED 4: A Thief’s End and UNCHARTED: The Lost Legacy were initially released in May 2016 and August 2017 respectively. For those unfamiliar, A Thiefs End features Nathan Drake hunting down pirate treasure across the globe in expansive levels, with plenty to explore and solve. The Lost Legacy was the first in the series not to star Nathan Drake. Instead, you control Chloe Frazer on the hunt for the Tusk of Ganesh.