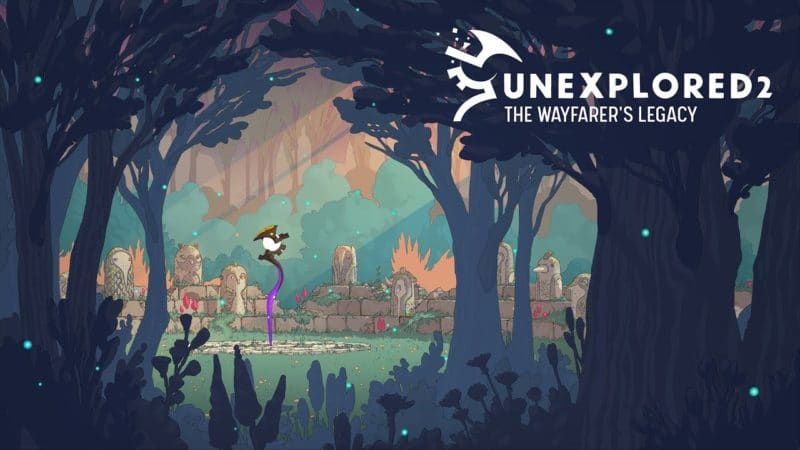 Developer Ludomotion released a new trailer at E3 revealing its next project for PC, the upcoming roguelite Unexplored 2: The Wayfarer’s Legacy.

To be precise, Unexplored 2: The Wayfarer’s Legacy is an action-RPG heavily entrenched in the roguelike tradition and a sequel to the 2017 experimental indie title Unexplored which garnered rave reviews across the board.

Rather than exploring a dungeon as is usually par for the course in the genre, Unexplored 2: The Wayfarer’s Legacy jumps into a vast world traversed to destroy the esoteric Staff of Yendor. The Lord of the Rings unashamedly inspires the story with the idea of a perilous journey at the core of the experience.

Sophisticated procedural generation returns in Ludomotion’s hyper-curated style where foreshadowing, generative storytelling, and lore are intertwined into a world that changes with every playthrough. The aim is a handcrafted feel, although an algorithm decides much of what appears in the game world.

Die, and you’ll be reincarnated as a direct descendant picking up where you left off with the consequences of choices and interactions reflected in the game world in subsequent runs.

For example, opting to kill a set of enemies or running from them may ease the path in future playthroughs or up the ante as enemies have gained in strength as a consequence of the botched encounter.

This twist is unusual in that every decision in a specific run needs to be considered in a grander sense. A playthrough may result in abject failure, but the groundwork is being laid down to make the next less challenging; make a weapon simpler to access or trial different routes for the easiest one.

A singular art style is on show in the trailer with whiffs of Journey, Studio Ghibli, and the yet to be released indie, Sable, as well a glimpse of different biomes ripe for exploration.

Unexplored 2: The Wayfarer’s Legacy is ambitious for what is essentially a five-person indie team. Fully conscious of this, Ludomotion has set up a crowdfunding-come-early-access program on Fig for players to sample the current build and send in feedback.