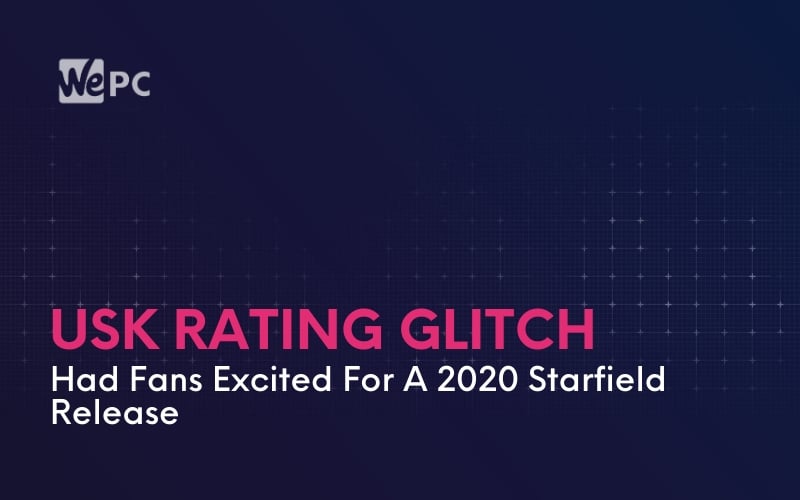 If you’ve been waiting for news on the release of Starfield, you might have been a little disappointed this week. Many fans thought that we were finally on the final leadup to a Starfield release as it seemingly received a rating from the USK.

Massive Disappointment As Rating Is Debunked

Unfortunately, Pete Hines from Bethesda was quick to quell any excitement before it got out of hand. When asked by Skullzi TV for an official comment on the situation, Hines replied: “wasn’t aware, but it’s just a glitch or a bug on the site. I’ll ask them to look into it and get it fixed. thanks for the heads-up”.

This will come as a major disappointment for most but it’s good to have some official confirmation either way before we get our hopes up too high. Starfield looks to be still in development at the moment for next-generation consoles and PC, but there hasn’t been any indication of a release date.

We do know that Starfield is due to land before we see The Elder Scrolls VI, but with that title being ‘years away’. We’re hoping we don’t have to wait too long to see it. With COVID-19 affecting production worldwide, we wouldn’t be surprised if a lot of games suffer from large delays until things die down.

All we can do is wait and see right now but if we hear any confirmation or rumors about the new Starfield release, we will be sure to keep you updated.

Were you excited by this supposed rating leak? When do you think a likely release date would be? Let us know down in the comments section below, we love hearing your thoughts.