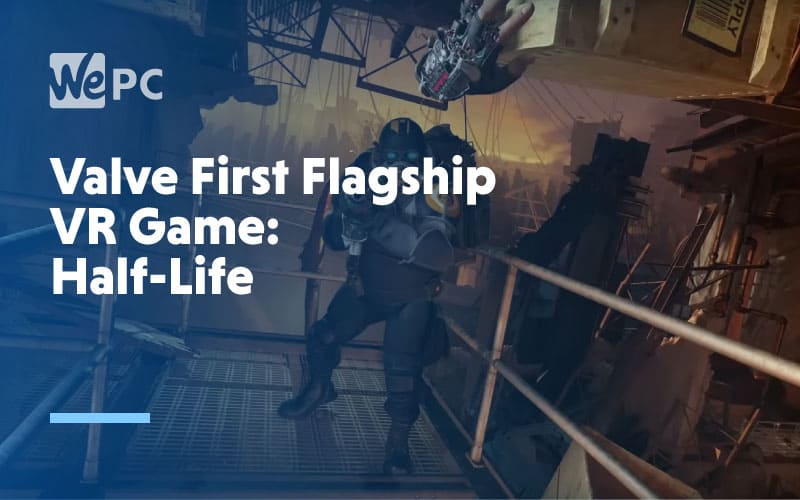 It’s been a whole two years and nine months since Valve first announced it would be building three full-length VR games. It’s been a long wait but Valve recently came forward with one of the most exciting announcements in the VR industry.

They made the announcement in a tweet as shown below:

We’re excited to unveil Half-Life: Alyx, our flagship VR game, this Thursday at 10am Pacific Time.

Can’t wait to share it with all of you! pic.twitter.com/BupFCxSrTw

Unfortunately, we still don’t have any more details about the game itself. All we have to go on is this tweet from Valve. This appears to be the first tweet from a new, Twitter-verified Valve account which was set up back in June.

We don’t know much but we can make some guesses based on the game title alone. “Alyx” probably refers to the protagonist from Half-Life 2, Gordon Freeman’s closest ally Alyx.

Interestingly, Valve is well known for never having finished either of their two Half-Life trilogies. We got Half-Life, Half-Life 2 but no third one. Then Valve came back with Half-life: Episode 1 and Half-Life: Episode 2 but – you guessed it – no third installment. Frustrated fans of the series are likely to be either shocked, excited or both to hear that Valve is finally releasing another game in the series. Where it sits in the series is still uncertain though.

When Will It Be Released?

As usual, Valve is pretty tight-lipped when it comes to the details, as such, we don’t know a date as of yet. However, there is a rumor circulating that suggests a release as soon as March 2020.

According to a leaked interview, Valve will officially showcase their long-awaited “flagship VR game” at The Game Awards on December 12. Hopefully, during this new announcement, we will find out more about the release date and what we can expect from the game. As always, we will keep you updated when we know more.