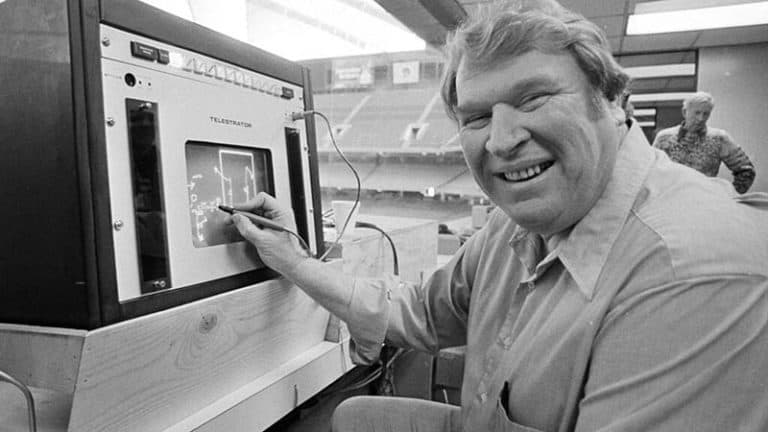 Most people writing obituaries for John Madden today will be focusing on his career as a Super Bowl-winning coach and a stellar career in the commentary box, becoming a household name, not just to sports fans in his own country but across the globe.

For me, however, on the other side of the pond, John Madden was the man whose name adorned one of the first Sega Genesis / Mega Drive cartridges I ever owned back in 1990 John Madden Football.

Since then, for over 30 years Madden NFL has been the go-to Football franchise annually. His name, as much a part of the game as the sport it portrayed.

This morning, the League announced Madden’s passing, at the age of 85, suddenly and with no cause given. NFL Commissioner Roger Goodall said in a statement: “On behalf of the entire NFL family, we extend our condolences to Virginia, Mike, Joe, and their families.

“We all know him as the Hall of Fame coach of the Oakland Raiders and broadcaster who worked for every major network, but more than anything, he was a devoted husband, father, and grandfather.

“Nobody loved football more than Coach. He was football. He was an incredible sounding board to me and so many others.

“There will never be another John Madden, and we will forever be indebted to him for all he did to make football and the NFL what it is today.”

I think this morning, many of us may well be digging out one of our old Madden games, either on our old real hardware or on an emulator somewhere, and giving it one last whirl in memory of the big man. There are very few legacies in videogames that have lasted anywhere close to that of the Madden NFL games. John Madden will long be remembered as the face and voice of videogame Football.