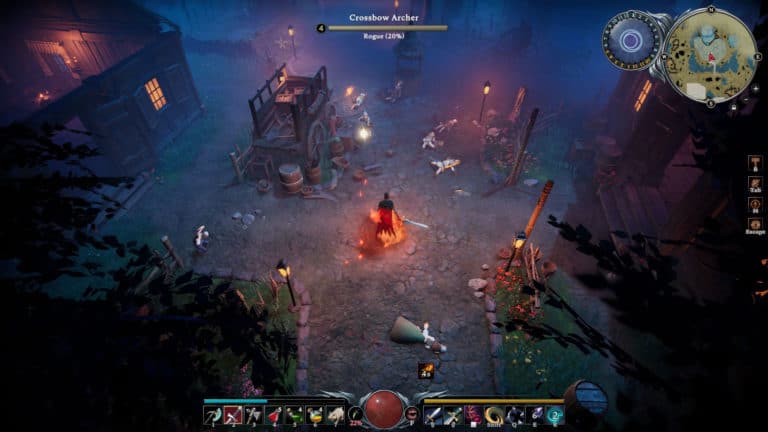 Table of Contents hide
What is V-Rising?
A New King?

The open-world online vampire survival game V-Rising has sold 500,000 copies in a mere three days since it launched. This new milestone makes it one of the top most-played games on SteamDB, beating out huge titles like State of Decay 2 and the MultiVersus technical test.

V-Rising is a game that nobody really expected to be as successful as it currently is, but that is incredibly successful right now, having sold 500,000 copies in the time since it launched, with no signs of the game’s growth slowing down soon. It mirrors the success of recent survival hit Valheim, which had sold over ten million copies as of last month. Obviously, there’s still quite a way to go before V-Rising even approaches that figure, but if it continues at this rate of growth then it will hit it sooner rather than later.

V-Rising launched on Steam on 17th May 2022 and is published and developed by Stunlock Studios. It’s a top-down survival game currently in early access that allows you to create your own custom vampire and adapt it to your playstyle, rather than following a particular path or class archetype. You get to forge your own path, rather than having your path dictated to you by the game itself.

V-Rising is growing massively. According to SteamDB the game currently has 80,000 players as of writing this article, with a 24-hour peak of 150,000 players. To put that into context, Apex Legends currently has 209,489 players, Grand Theft Auto V has 80,352 players, and Team Fortress 2 has 66,973 players. It’s currently number 6 in the SteamDB charts itself and is sitting quite comfortably in the middle of some mainstays of the charts.

It’s quite the impressive debut for what is a brand-new game, but obviously, the question is whether or not the game will maintain such a high play count over the next few weeks and months. If it does, we could be looking at a new cultural phenomenon among PC gamers for the next few years, and a game that we’re seeing a lot of even before it actually launched as a fully-fledged release out of early access.