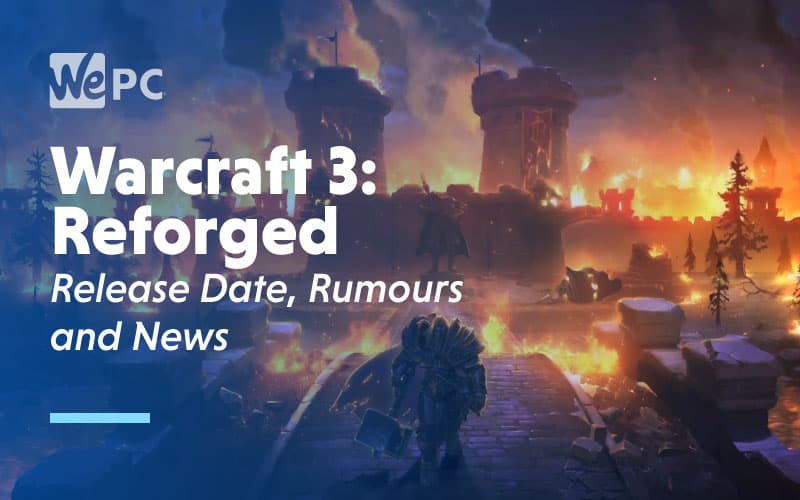 The game that helped to bring Warcraft to the masses and paved the way for the MMORPG version –  World of Warcraft is getting a remaster. The classic real-time strategy game was announced to be getting a facelift with improved graphics and artwork, much to fan’s excitement. Now, the Warcraft 3: Reforged release date is looming closer and closer, we take a look at what you can expect.

In terms of a release date, Blizzard has been somewhat hazy on the specifics. We do know it will be this year, but on their pre-order page it stills says “on or before December 31st, 2019”. But, with most of the year behind us, and still no news of beta access, it seems like we’re probably going to have to wait as close to the end of the year as possible before we get our hands on it.

What is beginning to worry us now is the possibility of a release date push back. The fact that no beta exists yet, even though you can sign up to be invited makes me think that they’re running behind on production. If this is the case, it might not be until early 2020 before we can dive back into the world of Warcraft III. Combine this with the news that Blizzard wouldn’t be releasing any big-name games this year, and it feels less and less likely we’ll see a release in 2019.

In fact, Blizzard have recently announced that we will have to wait for the release after all. They might have missed out on a 2019 release date, but only just. Warcraft 3: Reforged will release on January 28th, 2020.

While we will see the game get a nice upgrade, Blizzard has said it will remain pretty faithful to the original Warcraft III at the same time. So much so in fact, that players of the new version will still be able to multiplayer with players of the old version. Not only this, but any maps and mods made in W3 should also still work in Reforged too. Pretty clutch.

What they are changing are the graphics – and in a big way. There will now be built-in 4K support as well as completely updated textures, maps, units, and cutscenes. We’ll also get new voice over content throughout the game. No official word yet as to who will be doing these voiceovers, although it would be nice for them to bring over the same cast they use in WoW.

They’re also introducing the option to have male or female versions of hero units like Death Knights and Demon Hunters. And, if you know anything about me by now readers, the chance to make every character I play a girl is a BIG deal.

Despite all these changes to the game, the way you play won’t change at all. They’re keeping the overall feel of the game, as well as the mechanics – so you really are getting the best of both worlds with this update. You’ll still be micromanaging your armies, gathering resources, and battling your way across Azeroth.

The four factions are the same – Orcs, Undead, Humans, and Night Elves – even though they’ve had a bit of a glow up. And all the changes that have been made are completely optional. You’ll be able to toggle the updated graphics, cutscenes, and voiceovers on or off depending on whether you want to play the classic or reforged version of the game.

Warcraft 3: Reforged looks set to be a great way to bring in more players to the classic real-time strategy game, and I, for one, am excited. As for when it will drop? That’s a question we still can’t answer. Will you be pre-purchasing? Let us know in the comments.