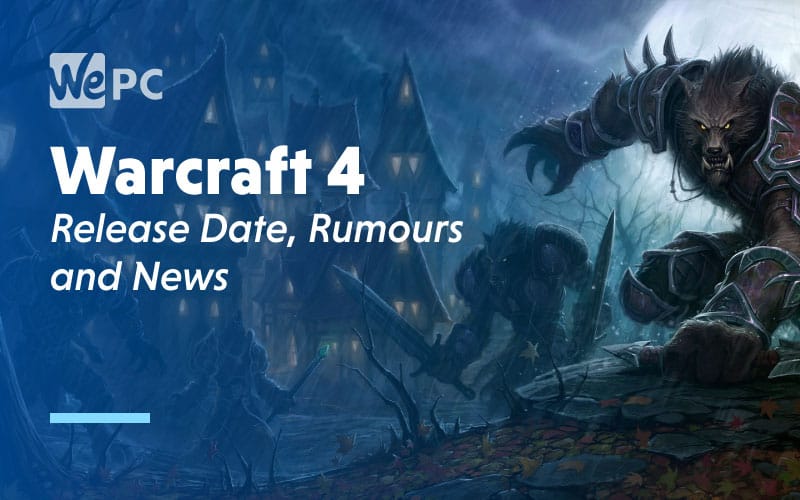 It’s been 15 long years since the release of the massively popular, Warcraft III: The Frozen Throne – an expansion pack released off the back of Warcraft III – took the gaming community by storm. Since that date, the same age-old question has been asked by Warcraft fans worldwide, when will we see the fourth installment in the series?

We’re now in 2019 and, unfortunately, are no closer to the answer. However, don’t lose complete faith just yet; there are some developments taking place in the Warcraft world, which could suggest a new episode in the game might be imminent.

Warcraft has been an enormous success that spans back to 1994, a year that saw Blizzard release their classic Warcraft: Orcs & Humans game. It was so popular with the gaming community that we saw a second game added to the series the very next year, Warcraft II.

Warcraft III came eight years later and was, arguably, the most popular of all the Warcraft games. It saw several expansions and spinoffs via World of Warcraft and is still being played to this day.

Considering its popularity, I’m really surprised Blizzard hasn’t added a fourth game yet. However, that being said, news of a remastered Warcraft III – Warcraft III: Reforged – was announced back at BlizzCon 2018 and is due for release at the back end of 2019.

Will this be the platform Blizzard needs to start the fourth ball rolling finally? I’m unsure…

Warcraft 4 – Will It Ever Happen?

With every passing year since 2003, Warcraft fans have believed they are getting closer to the release of Warcraft 4, or at the very least an announcement regarding the game is in the pipeline. Neither has happened since that date, unfortunately, and little suggests that a fourth game will ever see the light of day.

Nevertheless, the refreshment of Warcraft III could breathe new life into the idea of a fourth game. Blizzard’s senior producer, Pete Stilwell, has been quoted saying that “First and foremost, our priority is to make Warcraft III: Reforged as good as it can possibly be.” Meaning, anything else, at present, is being put in the lower priority list.

Warcraft 4 – How Would The Story Continue?

One of the big questions, and major factors, which pretty much stamps out rumors of Warcraft 4 is, how will the story continue?

As many will know, after Warcraft III, we saw a bunch of WoW expansion packs and games which continued WC3’s story and explored most of its plotlines. It would be quite bizarre if Blizzard decided to forget about all the events that took place over those games and just took off where WC3 finished.

With that, you may be asking yourself, how have other overstretched plots and complicated storylines resolved this issue in the past? And the answer is a reboot.

A reboot is a way of reusing the concept of a game and some of its characters, but essentially, re-writing it completely. Historically, we’ve seen this occur in games such as Starcraft with huge amounts of success. Precisely the reason why Blizzard is doing the same with Warcraft III

Take a look at the Warcraft III trailer below:

As we sit here in 2019, there is still no news of a fourth game joining the Warcraft ranks. However, what we do have to look forward to is both Warcraft III: Reforged and World of Warcraft: Battle for Azeroth. Two games which will keep Warcraft fans happy for the time being.

It’s only a matter of time before the old questions start to resurface though, and without answer, Warcraft 4 fans lose a little faith with each passing day. This being said, with a huge fan base already established, and esports now being bigger than ever, I really expect Blizzard to take this opportunity by the theoretical horns and make the most of it. I suppose only time will tell.