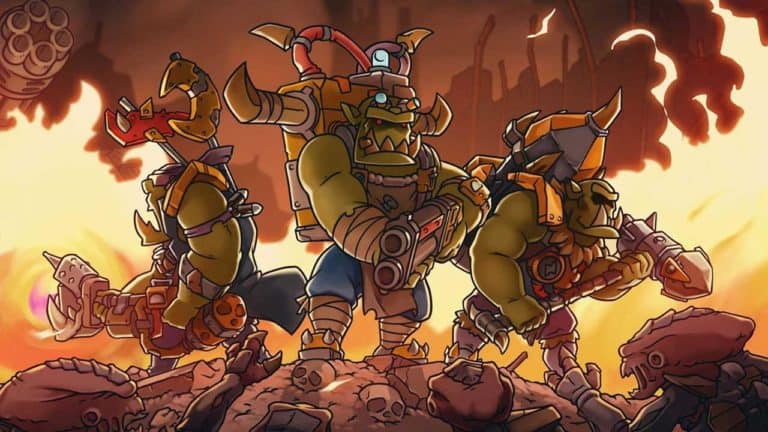 Table of Contents hide
Warhammer 40,000: Shootas, Blood and Teef Coming Soon
What is it?

We’ve been waiting a while. An official release date has been given for Warhammer 40,000: Shootas, Blood and Teef, and it’s a lot sooner than you might have thought. There’s even a brand new collectors edition physical release coming for the game!

The gameplay trailer in question shows off an incredibly different take on what most players may be used to with the Warhammer 40,000 universe, with a more humour-focused side to the world and allowing you to see the universe from a much more fun perspective, as opposed to the extremely gruff and extremely serious take that we usually get. We can likely expect to get much more gameplay in the next few months, especially given that we now know the game to be releasing in Q3 2022.

Warhammer 40,000: Shootas, Blood & Teef was announced last year and is a 2D action-platformer in which you play as a member of the Green Tide, becoming the leader of an Ork invasion and trying to take over Luteus Prime to take on your warlord for revenge. You defeat bosses, collect teef and upgrade your arsenal along the way. The game is coming to PC, PlayStation 4, PlayStation 5, Xbox One, Xbox Series X and Switch.