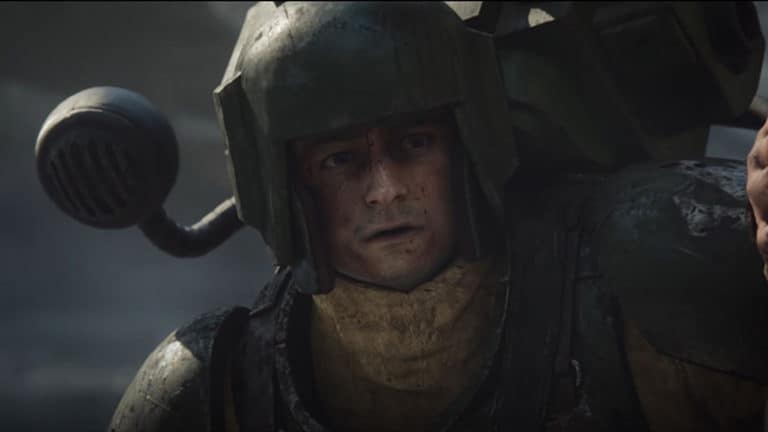 At the Game Awards, Focus Home and Saber Interactive revealed the new game they were working on, which is Space Marine 2. The game is set after the original game, with the leader, Captain Titus of the Ultramire squad, commands returning to Tyrranid infested worlds. From what we know so far, it appears the Imperial Guard or (Astra Militarum since the licensing has changed since the events of the first game) are defending against the Tyrranid swarm descending up their planet. All seems lost to the horde of Hormagaunts and Carnifex’s overrunning the town centre.

We also got a glimpse of the Space Marine 2 gameplay at the end of the trailer. It shows off the usual gameplay that we got in space marine 1. We got the classic third-person shooter gameplay, along with some gunplay and our Ultramire hacking and slashing his way through hordes of Hormagaunts.

If you are interested in more about the game, you can also take a look at the official Space Marine 2 website. There’s not much else to show off yet, but there’s a sign-up page, which will get you into the newsletters and other behind the scenes content.

If you want to look at the new Space Marine 2 trailer, you see what we released the Game Awards here. Warning: there is quite a bit of gore in the trailer, but we doubt that bothers you, considering you’re into the grim dark future.

Many people are asking this question, so we are going to answer this question here. The answer is there isn’t a Space Marine 2 release date yet. On the official website, it is marked with TBD. Chances are we are looking at a 2022 launch, but it could be an early 2023 release date, based on other big reveals we have seen come Game Awards in the past.
Read more: Space Marine 1 gets an update ten years later.