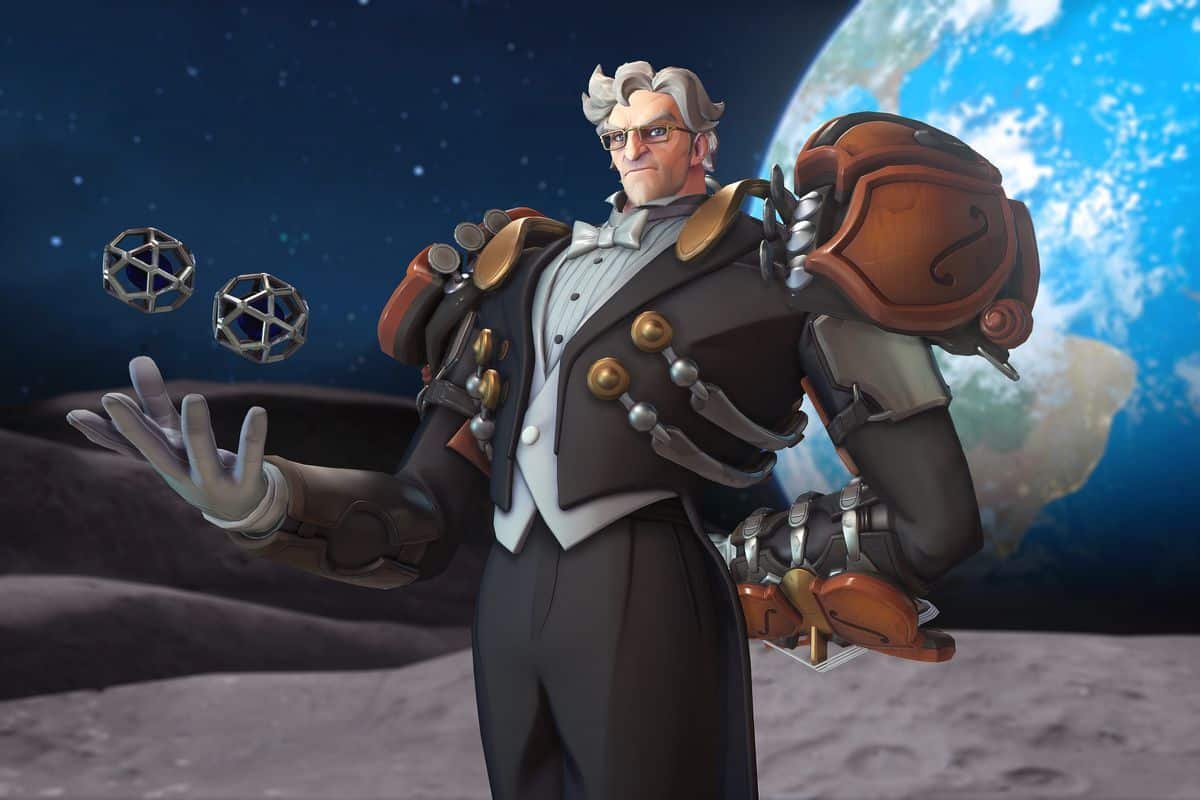 A brand new Overwatch event called Sigma’s Maestro Challenge has just launched. Blizzard Entertainment kicked off the two-week event on Tuesday which gives players a chance to earn special rewards. Players will be able to complete challenges in exchange for new items such as legendary skins, legendary emotes, player icons and new sprays.

Take a look at the new trailer showcasing some of the items and features you can pick up during this challenge.

You can take part in this challenge on the PlayStation 4, Xbox One, Nintendo Switch and PC versions of Overwatch.

What Can You Win?

So, what can you win during this challenge and how? Well, that all depends on how many wins you can achieve in the various play modes and how long you want to sit watching Twitch streams.

If you gain three wins in the Quick Play, Competitive or Arcade modes, you will receive two player icons. With six wins, you’ll get an emote and if you get nine wins, you’ll win the Maestro Sigma legendary skin.

If you’re already a Twitch addict, then you’ll love this next bit. You’ll be able to watch participating streams to earn new sprays.

To claim these sprays, all you need to do is tune into any Twitch streamer who’s playing Overwatch. If you watch for two hours (or just leave it on in the background while you do other stuff) you get one new spray. If you keep watching for four hours, you get two more sprays and six hours gets you three more sprays.

Listen to the New Overwatch Soundtrack

The Sigma Maestro Challenge also includes the release of a brand new Overwatch soundtrack, Cities and Countries. This is music taken from Overwatch maps and missions set around the world. You can listen to it now on Spotify, iTunes, Deezer or Youtube.

What is that melody? A new collection of Overwatch music!

The Sigma Maestro Challenge is due to end on July 27th, so you’ve still got some time to participate if you’re interested in picking up some new cosmetics.

Will you be participating in the new Sigma Maestro Overwatch challenge? What are you hoping to pick up during the challenge? Let us know in the comments below.