2022 has arrived, will we see X-Plane 12 approaching for landing? Let's look at what we know so far 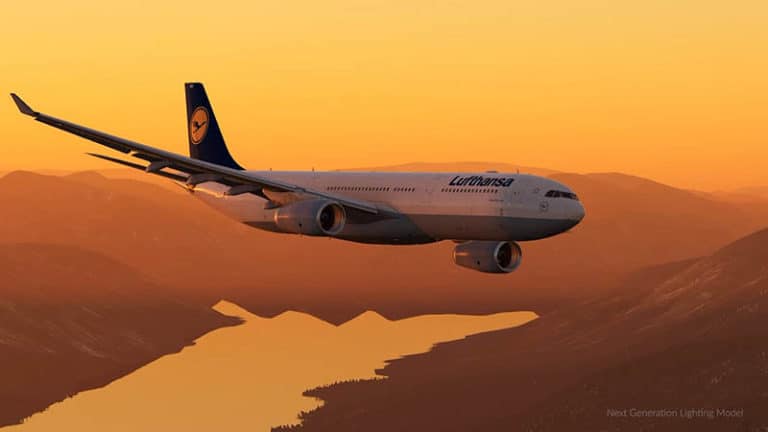 Table of Contents hide
X Plane 12 Release Date
X Plane 12 Weather
Upgrading from X Plane 11 to X Plane 12
What have we seen so far on X Plane 12?
What planes are in X-Plane 12?
X Plane 12 trailer

Back in September we got the first definitive news that Laminar Research were hard at work to the successor to many people’s flight simulator of choice, X-Plane 11. No surprise that X-Plane 12 was to be the title – the long-running aviation series still keeps a large hardcore of fans, and has held on to many of them despite Microsoft Flight Simulator having a stellar 18 months since launch in 2020.

Laminar Research’s X-Plane is never going to be the pick-up-and-play type Flight Sim that can easily be transported to the Xbox as Microsoft has done with its sim but what do they have in store for the 12th iteration of the game. Will they try to keep up with certain aspects of FS2020 while maintaining the look and feel X PLane has become known for. Let’s have a look at what we know about the upcoming release so far

We covered a lot of the ins and outs of the release date on a specific X Plane 12 page so it is always worth keeping an eye there for any big changes as they are announced.

What we do know though is, while there is no actual date for a solid finished release, there will be an early beta for developers which will then, if all goes well, be followed by an early Access phase for the likes of you and me.

We also know that the game will release (eventually) in both digital and physical formats. At this stage, we are expecting just a PC release.

X-Plane 12 will feature a new photometric system allowing the sim to create lighting and cloud effects like those seen in the image below without using bitmapped textures as it would historically. We haven’t seen too much on this so far but the landscape below looks extremely pretty, even at this early stage.

As long as you have a valid X Plane key from version 11 you will have access to X Plane 12 when it launches into Early Access and beyond when it is released. You will also have access to both versions simultaneously while testing is carried out.

Laminar has been teasing fairly regular X Plane 12 content on its official Twitter account. This has included the most recent screenshot you can see below. You can see that the weather effects on the tarmac are coming on nicely and you get to see the A320 model as well. It’s a bit dark to be honest but if you peer into the distance you can make out the aircraft.

What planes are in X-Plane 12?

Severely lacking in Microsoft Flight Simulator at launch was any kind of military fighter craft. Laminar are including the F-14 Tomcat from the off to get you in the mood for this year’s new Top Gun movie.

The aircraft confirmed so far are as follows.

You can also hear the engine sounds of the Supercub (pictured above) in a tweet from just before Christmas.

There is no out-and-out trailer at this early stage but videos around some of the tech we can expect to be playing with do exist. The following Technology Preview One was released way back last June, some three months before the first official sniff of X Plane 12 came out, so we can expect some of what we see in this to make it into the final version.