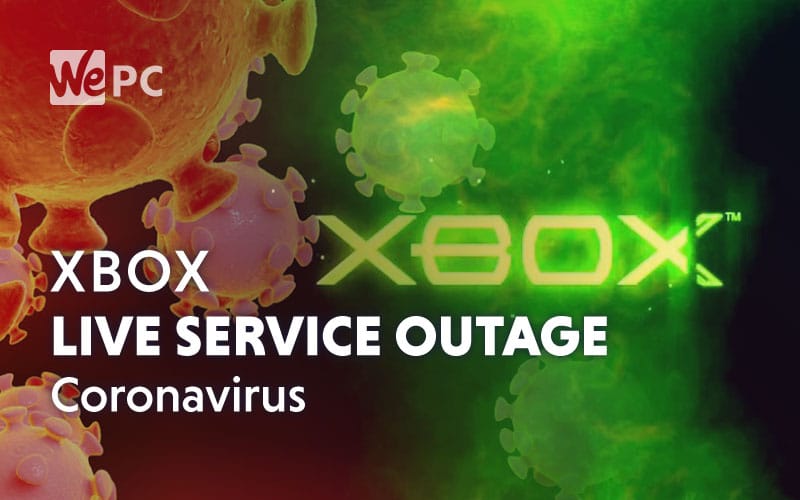 Microsoft’s Xbox Live service was down for a few hours yesterday due to a higher than usual demand linked to the coronavirus epidemic. As more and more countries wake up to the threat of the virus and implement policies to slow infections, those opting to self-isolate or practice social distancing are turning to video games to keep themselves busy.

For around three hours last night, users across the globe experienced issues logging into Xbox Live, while others were met with difficulties using online services such as Live’s matchmaking system.

Xbox Support was quick to spring into action, throwing all its IT might at the problem. Microsoft successfully resolved most of the issues by around 11 pm GMT. However, some issues persist today, with players still reporting difficulties with Live’s Looking for Group features as recently as the early hours of this morning.

Players should once again be able to sign in and access Xbox Live services normally! Thank you for your patience and as always, we’re listening. https://t.co/fD18Mjpx6W

Xbox boss Phil Spencer also took to Twitter to praise how players had flocked to Xbox to stay connected and the pride he took in offering players a form of escape in these trying times.

He also noted that demand had surged across the board, and usage was up ‘on almost everything,’ while also praising all the teams linked to the Xbox Live eco-system for working tirelessly to ‘keep everything running smoothly.’

How are the servers holding up? Have you seen an increased demand?

With the coronavirus pandemic yet to peak in many countries, we’re likely to see more outages soon. The closure of schools, in particular, should lead to an upsurge in players, notably in youth-friendly games like Fortnite.

Other titles that have seen a surge in player numbers include Call of Duty: Warzone that hit 15 million players in the first three days after launch. Equally, Steam hit an all-peak user record of 20 million yesterday, showing that the demand isn’t limited to consoles, but has had an impact on PC gaming as well.