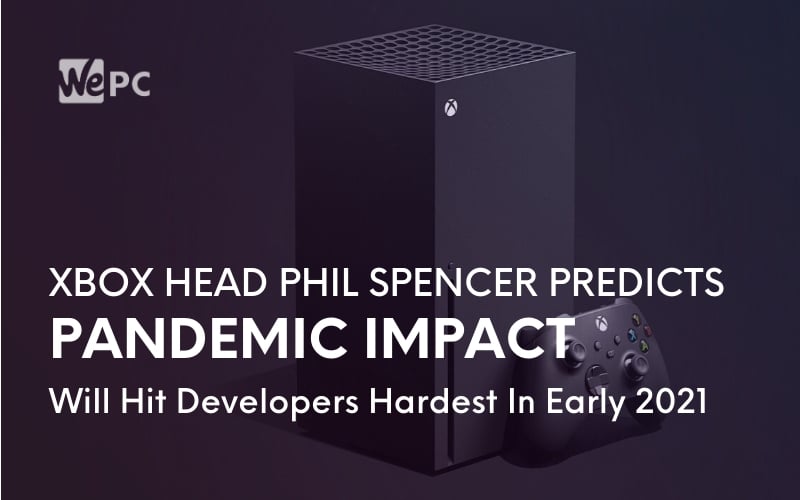 Although the coronavirus pandemic has already had a significant impact on many aspects of the gaming industry from canceled events, delayed games, and derailed marketing plans, Xbox head, Phil Spencer, says that the full brunt won’t be felt until 2021 when it comes to game development schedules.

In an interview with Business Insider, Spencer notes that games slated for release in the months ahead and even into Fall are on track, but that games scheduled for later down the line will struggle to react to the new reality coughed up by the pandemic.

In particular, Spencer says that work-from-home measures will have a significant impact on the development of big-budget AAA titles. The breadth and scope of these titles mean that certain aspects of development will suffer as a consequence of remote working measures, which is likely to result in delays to announced and even yet to be revealed titles.

The natural assumption with the PlayStation 5 and Xbox Series X due at the end of the year, is that many of these titles will be next-gen suggesting a less than ideal start to what is supposed to be a significant generational transition for the industry.

By way of an example, Spencer points to motion capture, which has come to a grinding halt due to the crisis, with in-person capture sessions made nigh on impossible by social distancing and lockdown measures. Spencer says that developers who’ve already put in the grunt work of motion capture are better positioned as they can continue with touch up work on textures and art, but those with schedules in the months ahead could be greatly affected. Spencer also mentioned soundtracking with recording sessions, notably involving large orchestra and symphonies, suffering a similar fate.

Although Spencer’s take is focused on first-party Xbox Game Studios developers, the situation is much the same across the industry from other AAA studios to the smaller independent developers. Ramshackle motion capture studio and outright canceling voice recording sessions are but two examples of how studios have had to adapt.

Spencer did strike an optimistic note, though, saying that he firmly believes that the countless number of games currently in development across the industry will ensure a steady stream of releases. In the long term, the Xbox boss feels the industry will pull through even if delays may become all too common in the year ahead.