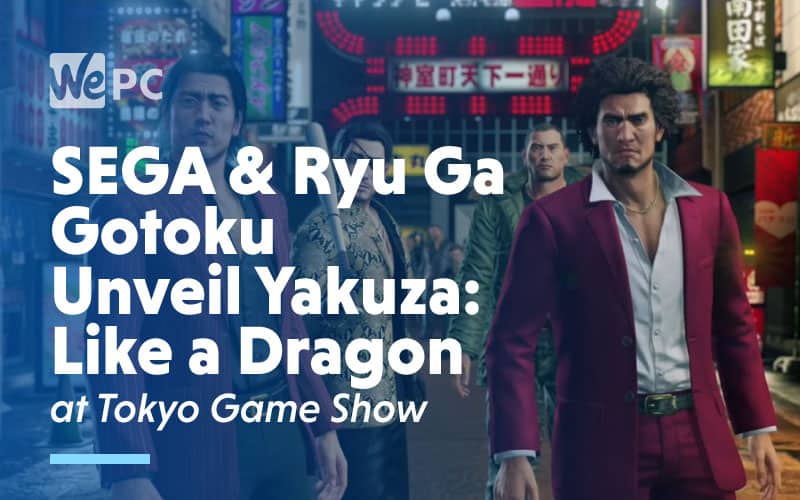 What started as an April fools joke, the next installment in the long-running Yakuza franchise is now a bonafide game. To hammer home the point that the game was, in fact, a reality, not to say a departure from the usual antics of the Japanese gangster brawler series, SEGA and Ryu Ga Gotoku Studio have released a trailer at the Tokyo Games Show.

Rather than following the numerical standard of past mainline entries and being called Yakuza 7, the new game is dubbed Yakuza: Like A Dragon. In what is a new direction for Yakuza, Like A Dragon is a reimagining of sorts to mark the 15th anniversary of the series with the main attraction being a never before seen turn-based combat system.

Yakuza: Like a Dragon brings in a new protagonist known as Ichiban Kasuga, a measly foot soldier among the Yakuza ranks who’s on a mission to up his standings in the crime organization after taking the fall for a murder committed by a fellow mobster. After an 18-year stint in prison, he returns to the real-world to find much has changed. Sided by a crew of oddball sidekicks, it’s a story of upward trajectory and gritty street brawls.

Instead of sticking to the streets of Tokyo, Yakuza: Like a Dragon jumps to Yokohama just south of Japan’s biggest metropolis, and more specifically the area of Ijincho where the developers have created a large-scale playground for players to explore.

The combat marries a mixture of Yakuza’s established real-time brawling with the aforementioned turn-based combat, and despite initial hesitations among the fan base, it appears to be an interesting move. From the few short gameplay clips we’ve seen, the new addition is set to add an extra layer of interest to Yakuza’s already excellent mechanics.

Yakuza: Like a Dragon is slated for release on January 16th, 2020, on PlayStation 4.