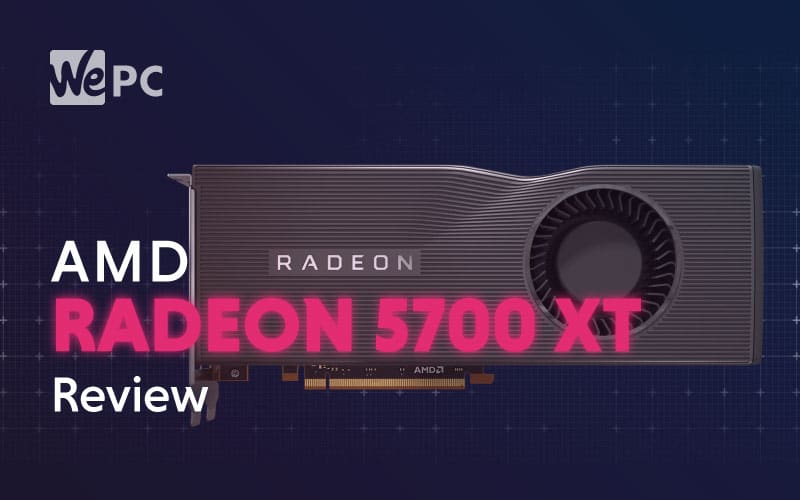 When it comes to GPUs and CPUs, AMD has been a mile behind Intel and Nvidia for as long as I can remember. However, thanks to some impressive arrivals from the AMD camp back in July, that trend looked likely to change for the first time in over a decade.

July 7th played host to a plethora of new hardware arrivals from AMD that included the 3rd Gen Ryzen lineup and their NAVI RDNA GPUs – one of which, was the RX 5700 XT.

The AMD RX 5700 XT was hugely anticipated by consumers ever since whispers were heard of its potential arrival months before. It was due to hit the market at the same time as their powerful new Ryzen lineup and had been custom-designed to target Nvidia’s RTX 2070. However, thanks to the arrival of Intel’s SUPER Series – a range of GPUs that offered additional performance power at no additional cost – AMD had to realign their target to the 2060 SUPER.

Fortunately for AMD, the RX 5700 XT was still hugely affordable and offered a bunch of cool new features that hadn’t been seen from AMD before. That gave consumers a real headache when deciding whether or not to buy the RX 5700XT or the Nvidia RTX 2060 SUPER.

We’re going to put the RX 5700XT through its paces to see how it stacks up against the competition in price, performance, cooling, and features.

With that in mind, let’s waste no further time and jump straight into it. 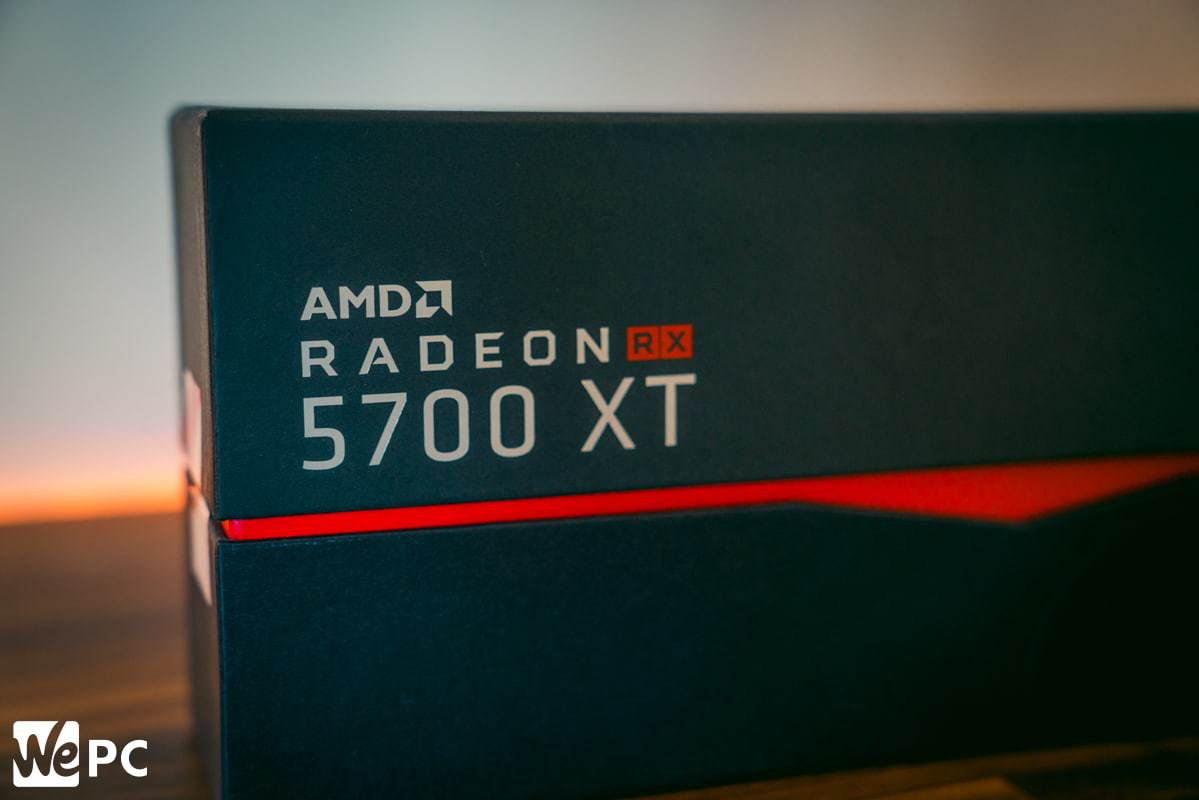 From a design point-of-view, the RX 5700XT offers some of the best aesthetics I’ve seen in a long time. It comes equipped with a stylish design made up of a dark gray (almost black) color theme accentuated by flashes of red LED found in the logo. 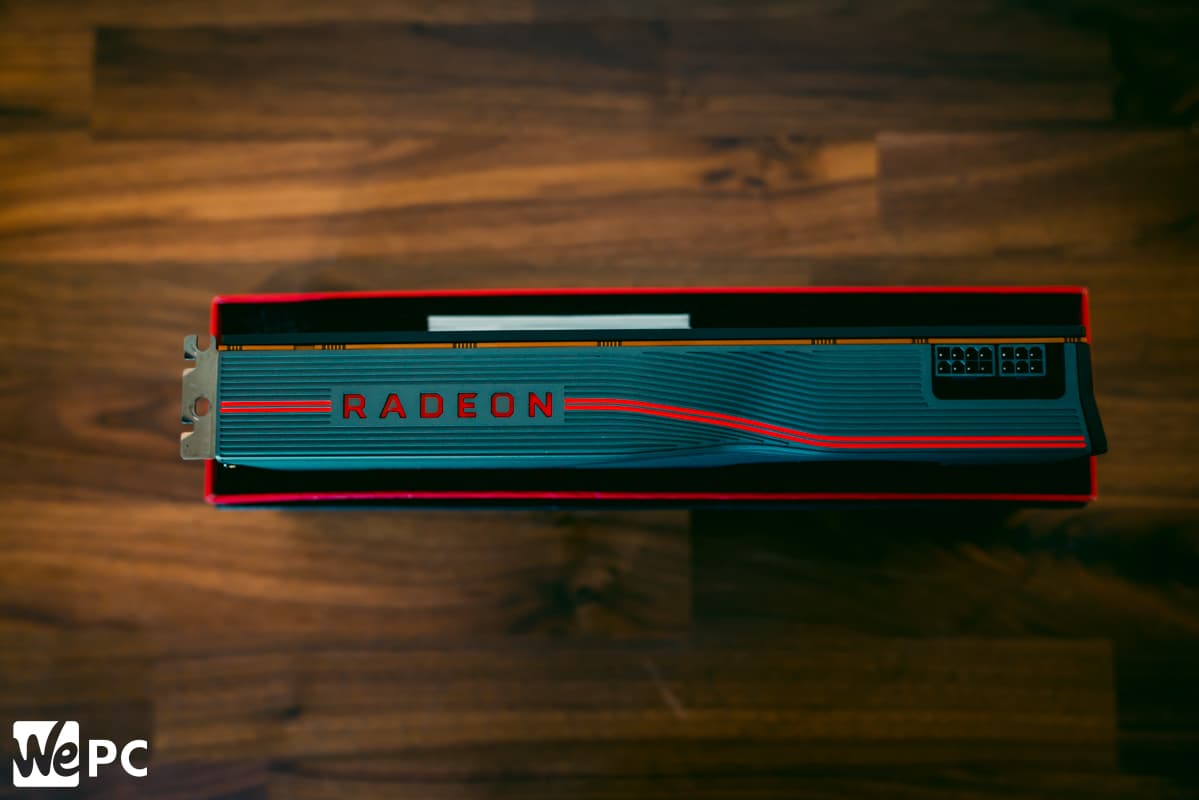 The “dent” as many people have been calling it, has sparked a bit of controversy amongst buyers as half love it, and half hate it. For me personally, I think it looks pretty cool – and according to AMD, it offers much more than just aesthetic appeal. The dent is supposed to be a design feature for the cooling, allowing the turbofan to be more efficient in cramped spaces – SLI for example.

Right now, I’m not fully sold on that theory, but I like the design regardless. Overall, it’s hard to knock the aesthetic of this GPU, it looks stylish from all angles. 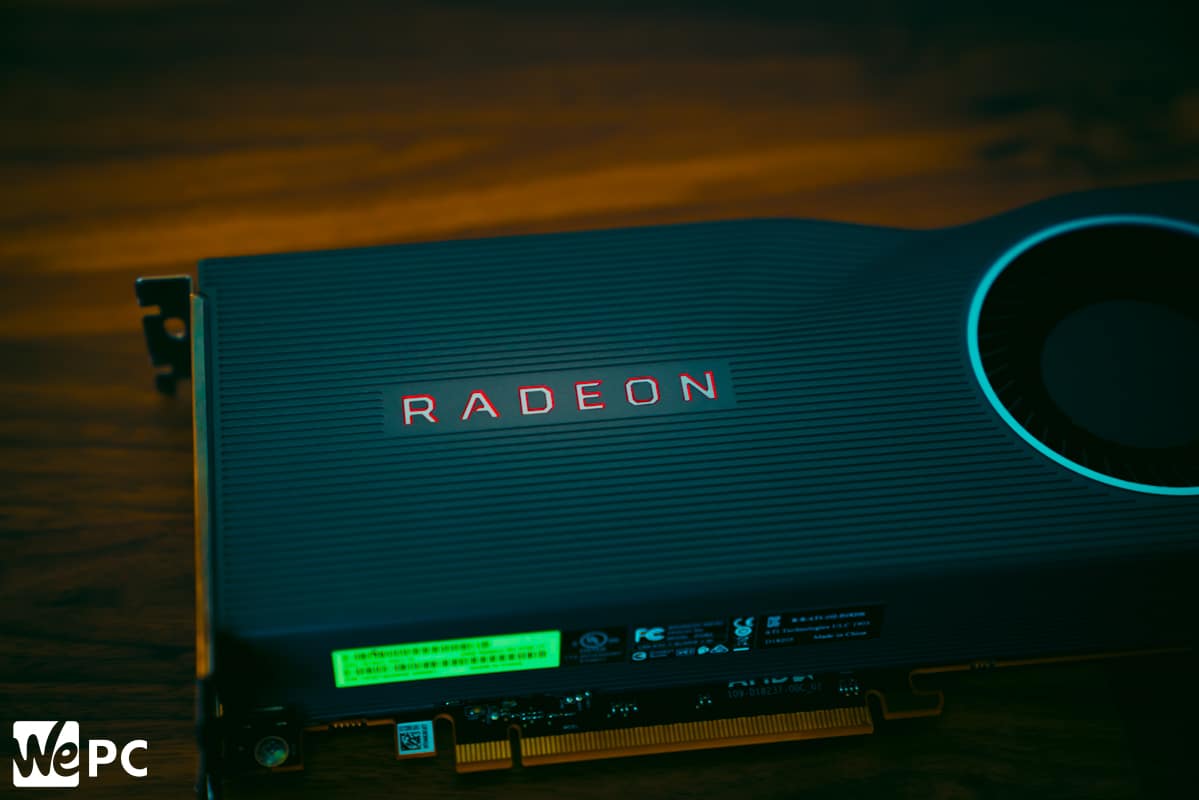 As mentioned above, AMD has implemented some pretty impressive features into the new NAVI GPU range to try and give them the edge over their bitter rivals, Nvidia. That being said, let’s explore them in a little more detail to give you an idea of what to expect from this stellar GPU.

Now, even though AMD made a lot of noise over the 7nm manufacturing process used on the new RX 5700XT, it’s not the first time we’ve seen this used on one of their cards – the RADEON VII gets that crown. However, it is the first time we’ve seen it used alongside the RDNA architecture. The combination of the two is a clear sign that AMD has, for the first time, decided to use this manufacturing process to focus solely on the gaming platform. So, what difference does the new architecture make in terms of gaming performance? 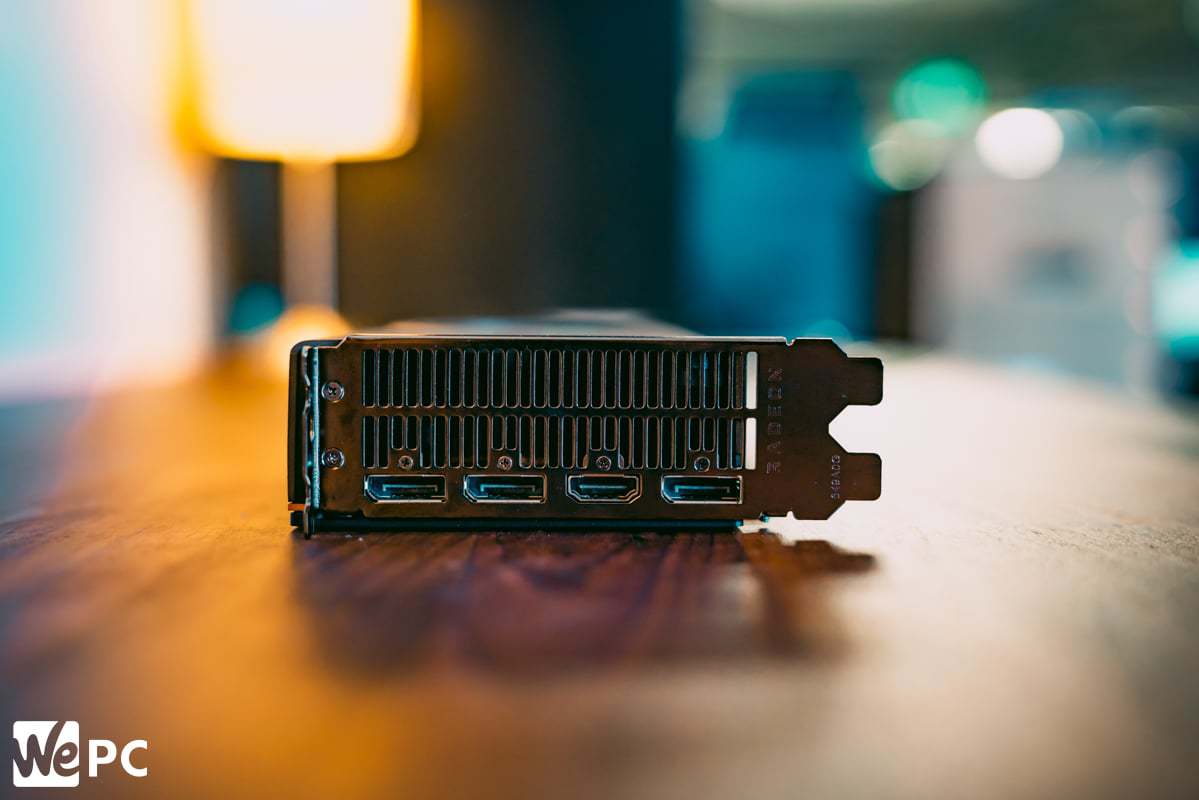 Great question. When used alongside the RDNA architecture, the RX 5700XT performs at similar levels as the RADEON VII – while, technically, being the weaker of the two cards (and much less expensive). AMD claims that the new architecture should provide an additional 25% performance increase over a card with the same clock speed which uses GCN architecture. Not bad.

To touch upon the cooling briefly, AMD claim that the cooling solution used on this card is better than previous generation blower-style cards. Having said that, it’s hard to back up those claims at this stage of the testing. The fan isn’t the quietest thing in the world, but it’s certainly not as loud as some of the last-gen cards AMD released – I’m looking at you Vega.

Speaking of Vega, one of the biggest changes we’ve seen when comparing Navi and Vega can be found in the new Compute Unit. The RNDA CU has been designed around ‘workgroup processors’, which, in theory, means it uses a pair of compute units connected together to share resources in order to perform better in large workload scenarios. And while sharing resources, the RDNA compute units in Navi still have more dedicated silicon over last-gen’s GCN CU.

Each CU will come equipped with one extra schedular and an extra scalar unit too. What that means from a performance standpoint is the Navi CU potentially doubles the instruction rate of the GPU, therefore creating a more efficient compute unit dedicated solely for gaming. 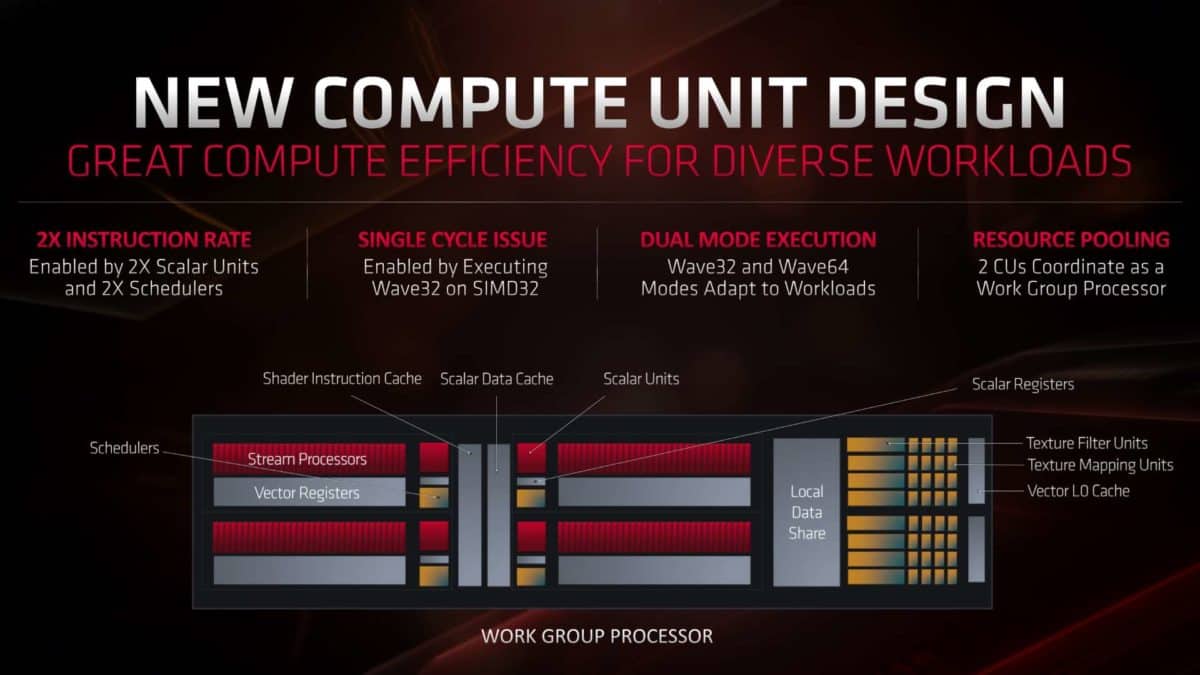 So, we’ve taken a look at some of the features this card comes equipped with, now it’s time to see what the performance levels are like in-game. 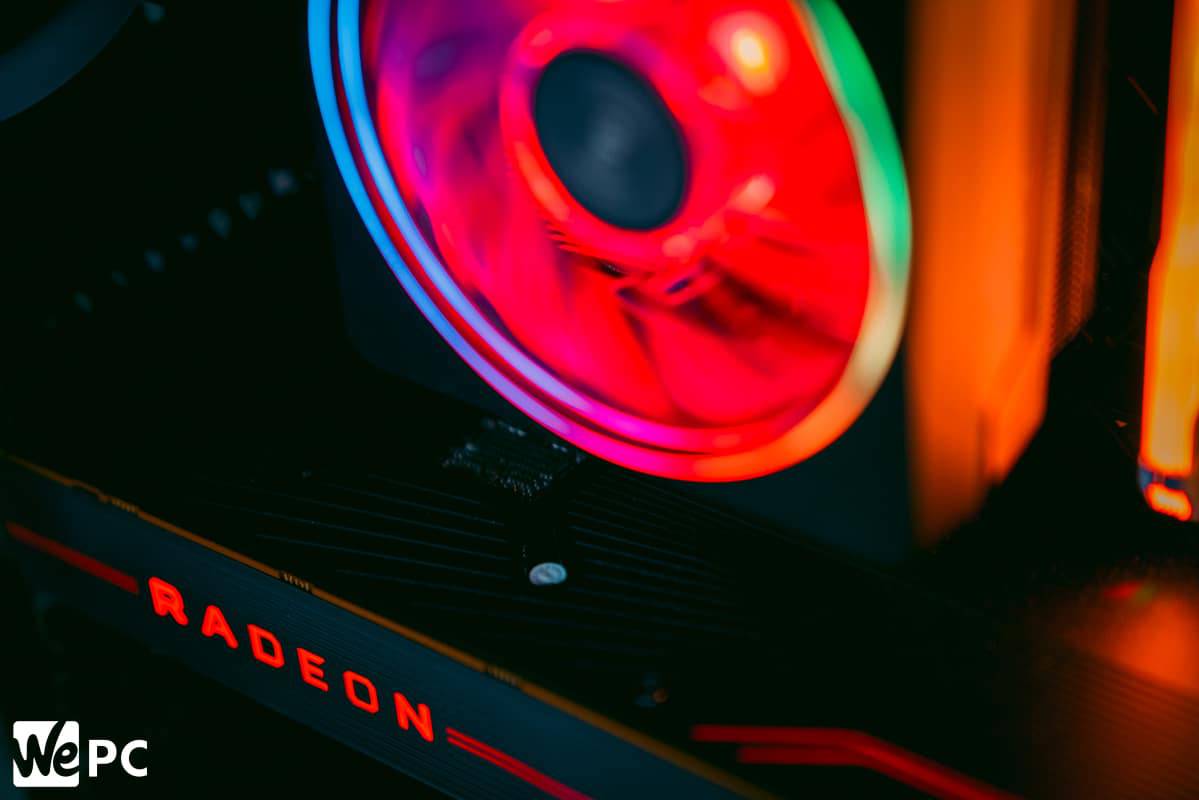 Before we get started, it’s worth touching on the displayed clock speeds and what you should expect in real-world situations. So, as you can see from the specs above, this card comes equipped with a “base clock”, “boost clock”, and “game clock” – with the boost clock being the most generous. That being said, when we tested our 5700XT, we rarely saw the clock speed reach the heights of the displayed boost clock. Our results showed that the game clock, on the other hand, was a much more realistic figure of what we could expect in real-world situations.  So just keep that in mind.

Anyway, clock speeds out of the way, for the most part, the 5700XT is an extremely efficient GPU when it comes to 1440p gaming. It handled most games we threw at it in ultra settings, providing at least 60FPs in most scenarios. We regularly saw FPS reach over 100 in games such as CS:GO, Rainbow Six Siege, F1 2019, and Far Cry. Whereas more demanding games such as Metro Exodus, Assassin’s Creed, and Shadow Of The Tomb Raider all saw good gaming performance of around 60-80FPS.  So, overall, pretty damn good.

When you compare that to the RTX 2060 SUPER that this card is targeting, it pretty much wipes the floor with it in every scenario. On average you’re looking at a 10% increase over the 2060 SUPER across the board – something I was personally quite surprised at. I mean, it wasn’t that far away from the 2070 SUPER in a lot of titles. Assassin’s Creed saw a 2% difference, whereas Shadow of the Tomb Raider showcased even less. When you consider the 2070 SUPER is almost $100 more, you start to see the true value of this card – not to mention AMD’s genius.

Nvidia competition aside, how does the RX 5700XT stack up against some of the GPUs AMD have released over the last few years? Well, it’ll be no surprise to hear that the 5700XT pretty much dominates the field in this department. Let’s take the Vega 64 as a prime example. The Vega 64 – which arrived boasting a price tag of around $499 – is sluggish in comparison to the 5700XT. The 5700XT  offers around 20% more speed while consuming less power as well. In terms of gaming performance, the 5700XT has around 38% fewer compute units than the Vega 64 but still provides 20% higher frame rates in-game.

So, we come to the verdict. What are our final thoughts on this GPU? 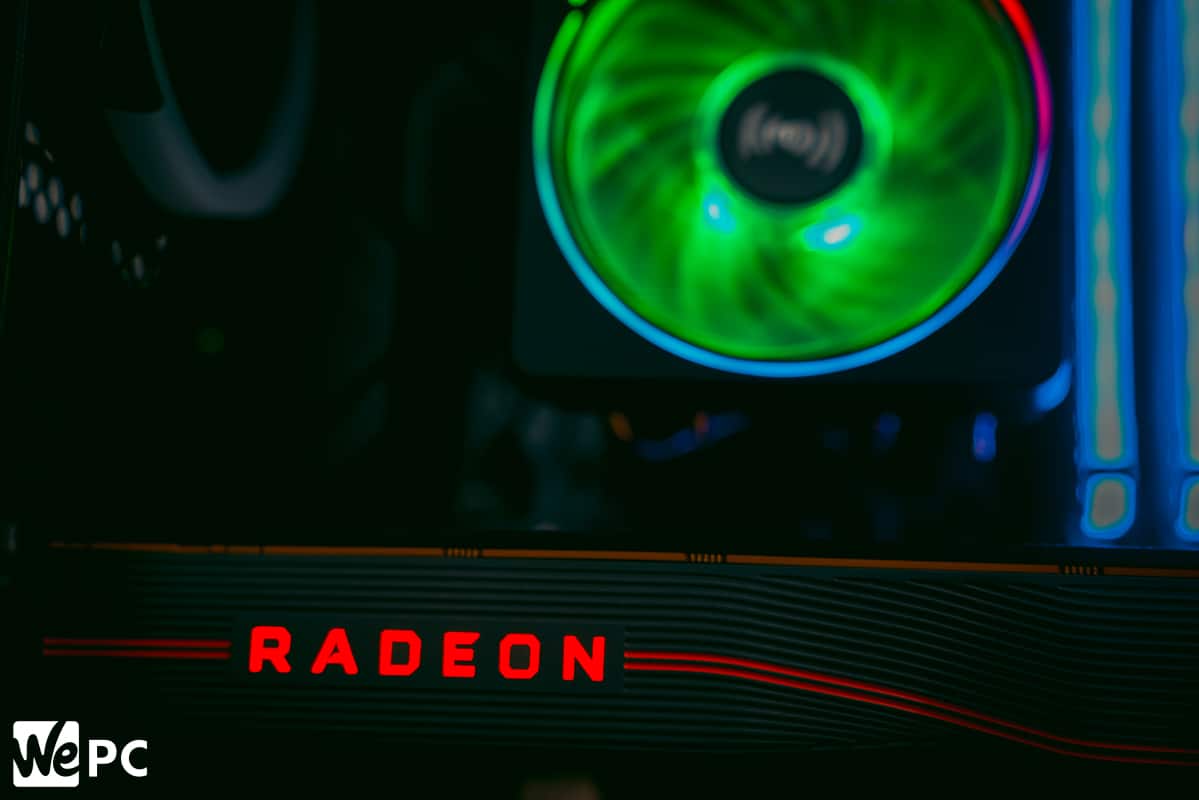 Well, let’s keep this short. The 5700XT is not only a stunning GPU in terms of design, but it’s also very effective when it comes to gaming performance as well. Not only does it destroy the other GPUs in its own family, but it also goes after some of the Nvidia’s best GPUs too. Thanks to the arrival of the latest RDNA architecture, the 5700xT has pretty much made some of their last-gen GPU’s redundant.

Looking at the Nvidia range, it’s hard to argue for their GPUs here too – unless you physically need the Real-time ray tracing support. The 2070 SUPER – a hugely impressive card – goes toe-to-toe in many games with RX 5700XT. Whereas the 2060 SUPER is outperformed on almost every front.

So, do we think this card is worth your money? My answer to that is yes. Not only does it offer great gaming performance across 1080p, 1440p, and some 4K gaming too, but it also provides excellent aesthetics, better cooling, and overall superb value for money as well. Well played AMD.

If you have any questions regarding this article or the RX 5700XT, why not drop us a comment in the section below. Better still, why not head on over our Community Hub where you can discuss everything graphics card related with like-minded individuals.