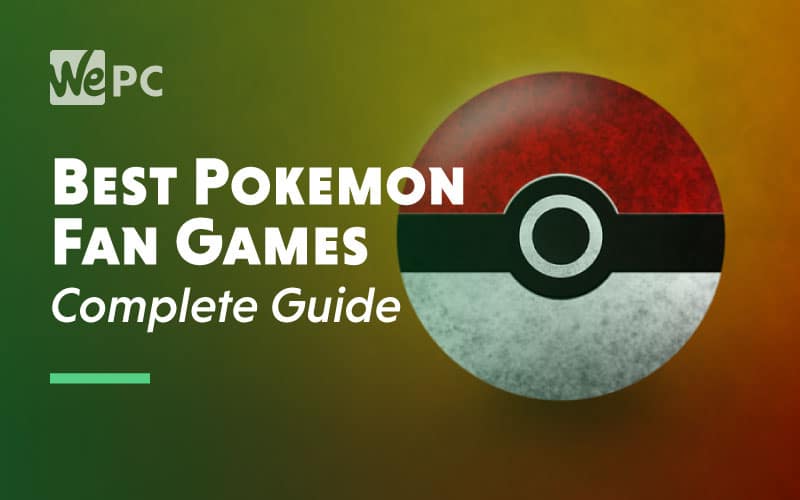 When I think of video gaming in my early childhood, I usually reminisce about times playing Pokemon on my classic Game Boy. It was, by far, one of the most popular video games in the late '90s and early '00s - captivating an entire generation with its extremely addictive storyline and gameplay. I mean, who didn't love catching and battling Pokemon back in the day?

The mainline series of Pokemon games is now in its 9th generation, and, to some people's surprise, the format hasn't changed since the release of Blue, Green, and Red, back in 1996. Having said that, with such a huge fan following,  it was only a matter of time before someone decided to take the franchise in a new direction - thus, the Pokemon fan games were born.

Some of the more tech-savvy fans took it upon themselves to bring new Pokemon adventures to life, often using existing games to create ROM-hacked versions of the classics. This meant new storylines, creatures, and gameplay mechanics would now be available to the masses - and all at no additional cost.

This is our article on the best Pokemon fan games available, showcasing what we believe to be the best, and most entertaining of the bunch.

With over 1.5 million downloads, Pokemon Uranium is one of the most popular fan games to come off the back of the franchise. Nintendo was less than pleased with the game's arrival and officially tried to ban the game from further development. Even though the cease-and-desist was completed, the game's popularity meant it wasn't long before it resurfaced and was available for download once again.

Uranium was developed to look, sound, and play like the originals - and to its credit, it does. I suppose that's what you'd expect though off the back of a nine-year development period. It is set in the Tandor region and features over 150 original Pokemon designs. Your quest leads you to obtain all eight gym badges and defeat the Tandor league. Oh, and did I mention the nuclear meltdown element as well?

Another fan favorite is Phoenix Rising - the fan-made RPG game created using RPG Maker XP and the Pokemon Essentials engine. The game is set in Hawthorne, a war-torn region that needs your help to defeat an out of control king to restore peace to the people.

Even though Phoenix Rising looks and feels like an original Pokemon game, it comes with an impressive array of additional features such as selective storylines, skill trees, and a quest system as well.

Insurgence comes to the table from the same guys that created both Pokemon Zeta and Omicron. It offers a storyline based in the Torren Region (Original to Insurgence) much darker than what you might be used to. A land dominated by cultist leaders is what you'll look forward to in the fight for regional domination.

Storyline aside, Insurgence offers some new and exciting news features, which include; mega-evolutions, an all-new Delta species, customizable trainer profiles, and a bunch of cool in-game region extras as well.

Yet another Pokemon fan game created using the Pokemon Essentials engine, Clockwork is set in the Rosari region. Here you'll find humans and Pokemon living in perfect harmony. Your quest starts when you are summoned by time-traveling Pokemon Celeb, who explains the imminent danger the region is under from Team Epsilon.

You're asked to help save Rosari by stopping the infamous Team Epsilon, who plans to eradicate the memory of the region. Alongside an exciting storyline, Clockwork offers some cool features such as appearances from Gen 1-4 and unique Pokemon, a quest system, a realistic time cycle, time travel, and all-new Pokemon evolutions that can be triggered mid-battle!

Named after the deteriorating city it's set in; Reborn is another fan game developed using the RPG Maker XP's engine. Reborn City is a shell of its former self and is now plagued by an influx of crime and pollution. It's your job to bring this city back to life, but you can't do it single-handedly. You'll have to form alliances with other trainers to have a chance of beating organized crime within the city.

As far as gameplay goes, players will be treated to a new dynamic - Field effects. This allows you to alter the battlefield to benefit certain Pokemon during the heat of battle. You'll also have the chance to battle 18 gyms along the way, making it one of the longest fan games out there.

Unlike other Pokemon fan games in this list, Fire Ash is a ROM-hack of the popular Pokemon FireRed game. The story roughly follows Ash Ketchum's adventure, where he tries to defeat the Indigo League and gain true Pokemon master status.

Developers didn't stop there, though. Players get the chance to travel to every region in the history of the Pokemon franchise - allowing you to challenge over 50 gym leaders, travel companions, and enemies. Users will be led down memory lane thanks to an extended roast of over 800 Pokemon stretching over 7 generations. Other features also include Mega-evolutions and Alolan Pokemon forms as well. If you're looking for that nostalgic feel, Fire Ash is the one for you.

Finally, we have Pokemon MMO 3D. From the title, you can probably tell this one is going to be a little different than the others mentioned in this guide. Until now, we've only discussed 2D Pokemon fan games; however, Pokemon MMO took it one step further and decided to go 3D.

Players can fully explore a free-world style 3D environment, which allows for interaction and battling Pokemon throughout. When in battle, you have control over the Pokemon's movements and actions - like some weird Mortal Kombat style gameplay.

So, there you have it, our comprehensive rundown of the best Pokemon fan games for 2019 & 2020. Pokemon, as you probably know, has been one of the biggest game franchises since its creation back in 1995. So it's no surprise there are so many different fan games to choose from.

We've chosen our favorites, but let it be known, there are a bunch more out there that might take your fancy. Let us know what your favorite fan game is by leaving us a comment in the section below. Or better still, head on over to our Community Hub, where you can discuss everything Pokemon related!