Will the Thian win our trust? let's find out. 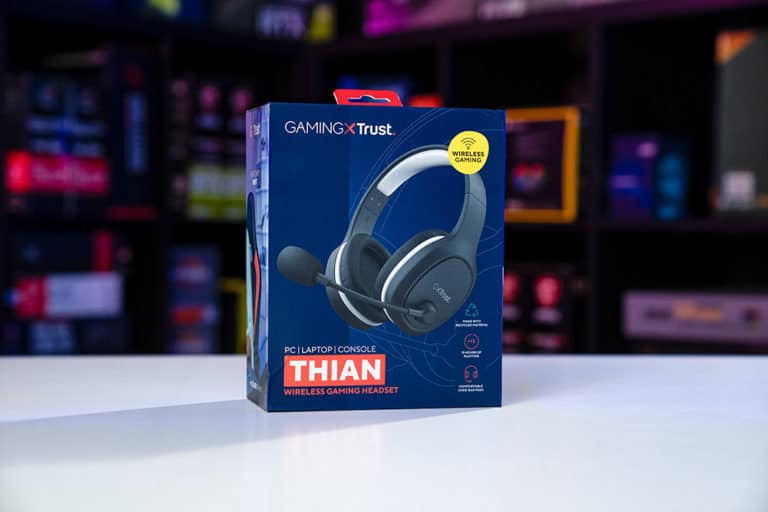 We had never heard of Trust before, but when we learned that they use 100% recycled materials for some of their peripherals, like the Thian gaming headset and the Callaz gaming keyboard. Since beginning in 1983 Trust has made a commitment to sustainability and ‘corporate social responsibility’. This is all good in theory, but how does it translate into gaming peripherals? Let’s have a closer look at the Trust Thian wireless gaming headset. 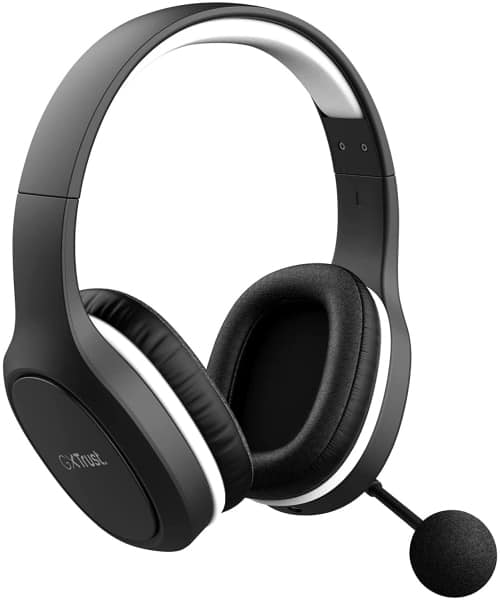 The boxing experience of the Trust Thian is unremarkable in every sense of the word. A bog-standard box covered in marketing imagery opens to reveal the headset and associated accessories clustered together in a thin foam bag. While our sample arrived in mint condition, there is potential for damage during transit here, so your mileage may vary. That’s about it for the unboxing experience.

The setup experience of the Trust Thian is what we’d call ideal. There are no drivers, no restarts, just plug the USB dongle into a vacant port and hold the power button on the headset for a few seconds and you’re done. Of course, the lack of software does present certain limitations but we’ll cover that later.

The 5.8Ghz dongle is nice enough, with a semi-grippy rubberized finish, however, it’s very bulky so be sure to use a USB port on your motherboard. This will prevent it from being destroyed by a careless spin of your gaming chair if it’s poking out of the front of your PC. We also feel compelled to mention that the included USB Type-C charging cable is hilariously short, only about a foot long. if you have a spare USB C cable hanging around use that, otherwise you can’t hope to use the headset while it’s charging. It is worth noting here that the use of the 5.8GHz frequency is a wise one as it’s not commonly used, meaning that it’s less prone to interference from other devices.

The word ‘basic’ comes to mind, but that doesn’t mean bad, just uninspired. The Trust Thian is primarily matte black, but with the choice implementation of white accents, these take the form of white padding on the headband and white material around the perimeter of the earcups. Given the prevalence of gamer-esque design and overwhelming amounts of RGB in the market of gaming peripherals, a classic two-tone design is a breath of fresh air here.

The branding is just a little too much for our liking, with ‘GXTrust.’ on both earcups and the headband. It’s not the worst we’ve seen, but just slightly too much, the logo on the headband is particularly annoying as it’s far more prominent than it needs to be. The flip-down mic is as minimalist as the rest of the design, with a simple black arm and a small pop filter over the end. Curiously, the markings around the on-ear controls are a slightly darker white than the aforementioned accents, which is a marginally annoying inconsistency, but at this point, we’re splitting hairs. You can describe the visual design of the Trust Thian as basic and minimalist and we like it.

It’s inconsistent, the included cables are very nice, and there are aspects of the headset which are good too, but the overall package falls short. While we don’t dislike the rubberized finish that covers the entirety of the exterior, this sort of rubber gets grubby and tends to degrade pretty quickly. Thanks to the mostly plastic construction, the headband can withstand some very extensive bend and flex testing, however, the commitment to using recycled plastics has the knock-on effect of making the on-ear controls feel decidedly less-than-tactile.

The earcups win some points back in the build quality area, with a dual fabric and faux leather combo which feels and looks great. The leather feels soft and hard-wearing, and the fabric section feels equally soft and will help in terms of breathability for long sessions. The mic, which flips up but isn’t flip-to-mute is also excellent, with a huge range of flexibility for adjustment, and the ability to hold its position far better than headsets that cost twice the price.

The all-plastic construction results in a very wearable weight of just 197g/6.95oz. This then combines with the plush earcups and medium clamping force to create a headset that is nigh on unnoticeable. That being said, there are some weird design decisions that prevent the headset from attaining ultra-comfortable status.

First, of which is the curiously small earcups, they aren’t circular, thank god, but given that the design is clearly supposed to encircle the ears entirely, the earcups are far too small. They take on more of an on-ear configuration which isn’t uncomfortable, but a few more millimeters added to the total circumference would allow the Trust Thian to be truly over-ear in design, which helps with comfort and avoids sound bleed.

The padding on the headband is utilitarian, just thick enough to provide decent comfort, but nothing more. The lightness of the headset means that not much padding is needed here, after using it for a few hours straight no unusual discomfort was noticed. However, the earcups are problematic. Ears aren’t flat to the sides of the head, they are angled forwards slightly, and ergonomically designed headsets usually feature a swivel between the earcups and the headband to account for this. No such capabilities are present on the Trust Thian, which is unfortunate as it put it puts a damper on the overall experience.

Actually quite impressive. Despite the under-sized 40mm drivers, the Trust Thian has an excellent bass response that captures sounds dipping down near sub-bass frequencies with ease. The mids are generally cromulent and unremarkable, with decent reproduction for music, films, and TV. The highs are a little weak when compared to the bass and mids, especially when all three are going on at the same time as the highs tend to fade into the background of the overall soundstage.

So, the sound quality is good yes? Yes, it is, however, there’s a big red asterisk hanging over the whole listening experience and it takes the form of volume. When raiding the volume above around 60% the mix gets very muddled, it gets muddled to the extend that you lose almost all of the higher frequencies and a large amount of the mids all fade in both prominence and definition. This matters less in terms of gaming as most games, particularly multiplayer games typically utilize far less of the audio spectrum than other content.

This is not an unusual problem with gaming headsets out-of-the-box, but the complete lack of a companion software suite for the Trust Thain means you’re stuck with the sound as it is. It’s far from the worst factory audio mixing we’ve heard, but the lack of customizability is a severe black mark on this headset.

In terms of clarity, the mic scores very well, with the voice of the user being picked up with little crackle or distortion. However, it has very unimpressive isolation, meaning that nearby conversations are will be audible to your teammates. Additionally, the mic can pick up keystrokes too, especially if you’re using a mechanical gaming keyboard will clicky-type key switches. Discord, TeamSpeak, and similar VoIP programs have noise reduction settings that help with this, but it’s still worse than we’re used to.

Unfortunately, we find it hard to recommend the Trust Thian wireless gaming headset. The commitment to recycled materials and carbon negativity is admirable, but in terms of gaming headsets, they still have some ways to go. The audio quality out of the box is decent unless the volume is raised past 60% which is annoying in terms of content consumption and the mic is prone to interference from unwanted sounds. This headset wins some points back for comfort and build quality, but not quite enough. The word ‘Thian’ is a name meaning ‘smooth’ in Vietnamese, and the experience of this headset is anything but. 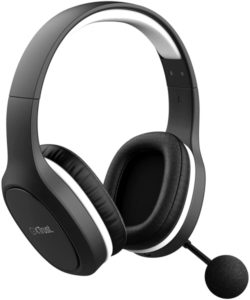 Despite the admiration we have for the commitment to the environment, the Trust Thian fails to deliver. The lack of customization, muddled mix at higher volumes, and curious design decisions like small earcups and lack of swivel have all disappointed us. The Thian wins some points back for comfort and build quality, but not enough. 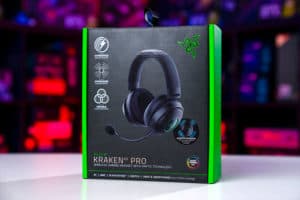 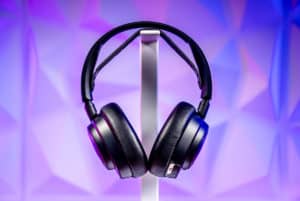 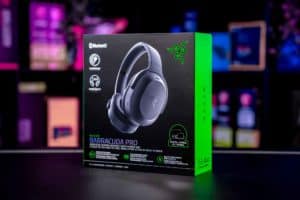 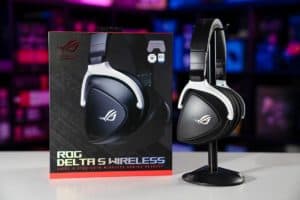