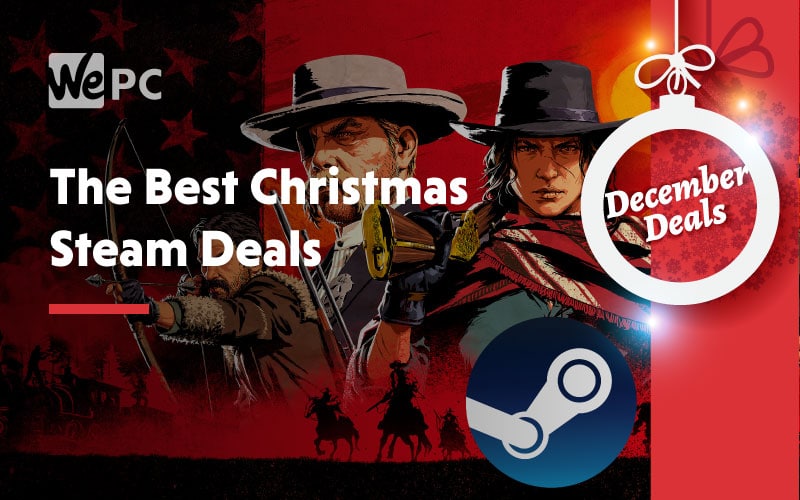 With Christmas fast approaching, it’s time to knuckle down and start the long search for some of Steam’s best game deals. Black Friday played host to some cracking Steam deals, and if history is to be believed, we’ll be treated to a whole host of excellent deals between now and the new year.

We’re here to make your online Christmas shopping that much easier. We’re going to be showcasing all the best Christmas deals Steam has to offer right here, in one easy-to-find location.

So, with that being said, let’s take a look at what Steam has to offer this time around.

Video games are loved by millions across the face of the globe, and Steam is now one of the biggest game distributors on the planet. However, affording one of their premium AAA game titles can sometimes be a little out of reach, especially if you’re on a tight budget.

Luckily, it’s that special time of year where Steam put huge discounts on some of their best selling games. It’s the time where you have a real chance of snapping up a real bargain on that game you’ve been longing to play for so long now.

For that reason, we’ve compiled this comprehensive guide on the best Christmas Deals Steam has to offer. That means you don’t have to stress about missing out on one of their hot titles. We’ll be doing all the leg work for you. We’re going to be showcasing the biggest and best deals Steam has to offer this year. So sit back, relax, and enjoy browsing out Steam deals guide.

The Steam Winter Sale is now on, and here’s what we believe are the best deals in the sale so far:

There are some great Steam Winter Sale deals live right now, so make sure to buy them fast before offers end on the 2nd of January. If you’re looking for a great deal on a console or a gaming PC, then why not check out our Christmas hub page. You’ll be able to find loads of great deals on top-selling products which are live right now.

Leave us a comment below letting us know what games you’re most looking forward to seeing, or better still, head over to the community and start a thread where you can start a thread about the topic!