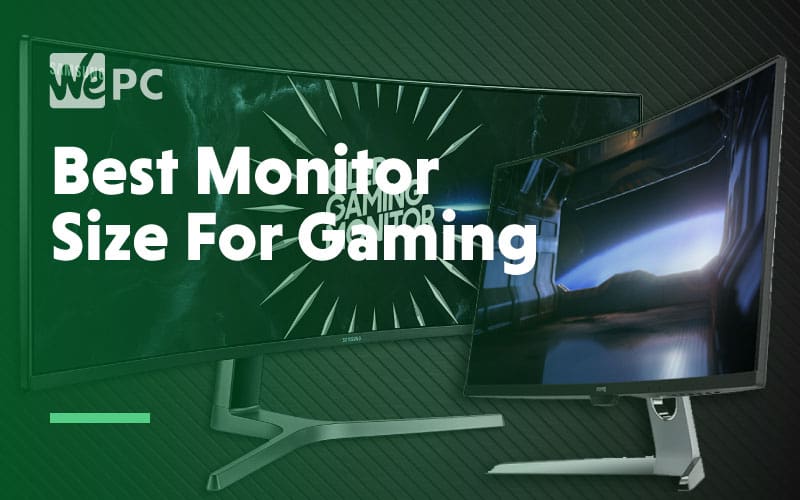 So you got your gaming PC and you realize: I don’t have a gaming monitor! Do you pull out that old CRT monitor you used in the 90’s from your garage? (Actually, you could...) Do you start looking for cheap monitors on eBay? Or do you just hook it up to your TV? Wait. Do you even know what kind of monitor you want?

If all those questions confused or alarmed you, don’t worry. We’re here to help you with everything, and today we’ll help you pick out the right monitor by explaining the best monitor size for gaming.

How is monitor size measured?

Before we dive too deep into the nitty-gritty, monitor size is measured diagonally, just like TVs. So, a 22-inch display will actually be about 18 inches wide and 10 inches tall. In comparison, a 24-inch display will be about 20 inches wide and 12 inches tall. This may not sound like a lot, but there is a pretty significant bump in screen space for every few diagonal inches you get.

Below, we’re going to dive into the standard monitor sizes and common resolutions that go along with them.

What are the standard monitor sizes on the market? 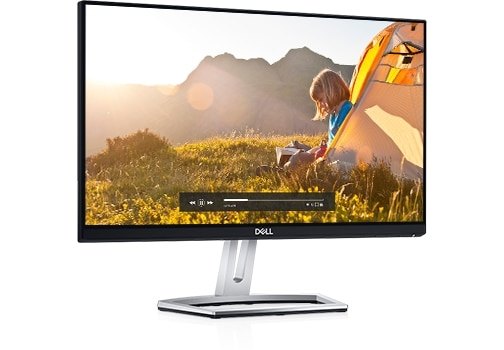 Considered on the smaller side nowadays, 22-inch monitors often have anywhere from a 1366x768 to a 1920x1080 (Full HD/1080p) resolution. These have been pretty much wiped out by the spread of 24-inch monitors, but you’ll still see a few of them in the wild occasionally. 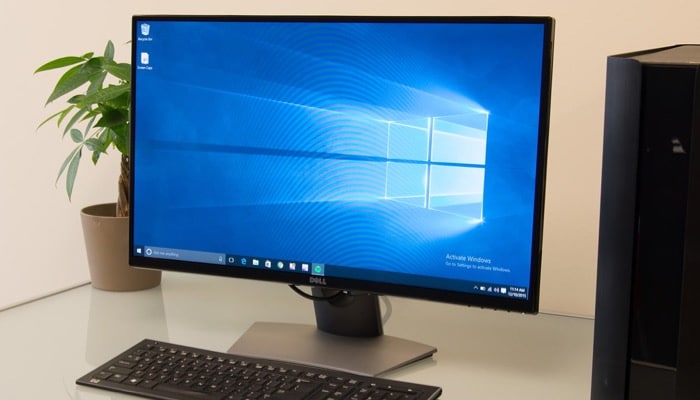 24-inch monitors are the standard, and are most frequently seen with a 1080p resolution. You may also see some 1440p and even 4K 24-inch monitors out there, but these aren’t typically considered ideal for this resolution. We’ll dive more into that later. 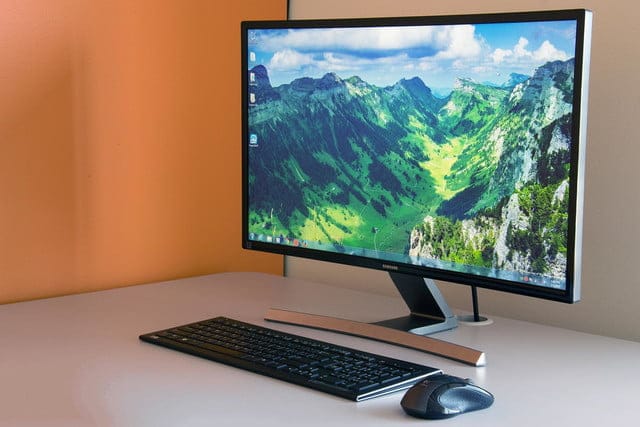 27-inch monitors are usually seen with 1440p resolutions nowadays, though occasionally you’ll see 1080p or 4K on them as well. We strongly recommend against buying a sub-1080p 27-inch monitor, though, as you will begin to notice pixelation.

This is where some of you might be thinking,“Wait, isn’t that just a TV?”. While 32-inch monitors are on the rarer-- and larger-- side, they do exist out there, and are usually found with resolutions anywhere from 1080p to 4K.

Bigger, Smaller, and Everything In-Between

There are smaller, larger, and in between displays. There's nothing magically different about in-between sizes; they're just out of the norm. However, I truly recommend sticking in the 24 to 27-inch range. Smaller and you lose too much. Larger and it starts to defeat the purpose of using a desktop to being with.

What about ultrawide displays?

Most monitors have an aspect ratio of 16:9. Although 16:10 is seen somewhat rarely, for the sake of this article, we’re assuming the monitors to be 16:9. However, there is a recent influx of 21:9 monitors in the market; otherwise known as “Ultrawides”.

Make no mistake: ultrawide monitors can be awesome for gaming. Get one with a high resolution and you’re pretty much good to go… as long as the game supports it.

Many modern FPS titles, for instance, won’t support a horizontal FOV wider than 90 degrees. This is fine on a 16:9 monitor, but on an ultrawide monitor it can result in a stretched or distorted image. If you’re playing competitively or playing primarily FPS titles, then you probably don’t want to use an ultrawide display unless you know it’s compatible with your games of choice.

Ultrawides are in a shakier position when it comes to game support because a full implementation of ultrawide in a multiplayer game can be considered a competitive advantage.

A wider display equals a wider field of view-- much wider, in the case of an ultrawide display. For this reason, many multiplayer titles-- especially those in the FPS genre-- choose not to support ultrawides, at least not to the point of giving them a higher FOV. For example, in Overwatch, had proper ultrawide support in beta, but Blizzard opted for an FOV reduction approach in the full release.

What about multi-display setups?

Multi-display setups are a whole other can of worms. Nobody seems to agree on what the right screen size is, how many screens you should have, what configuration you should run them in...

But gaming with these can be pretty great, especially if you run them in a 1x3 or 3x3 configuration. They offer a similar level of immersion as an ultrawide display, but...the same issues that apply with ultrawide gaming apply here.

Generally-speaking, you don’t need to worry as much about compatibility here, since you can still play a game in fullscreen on one monitor and use the rest of your monitors for something else.

Which one is best for me?

We’ve covered the edge cases and all that, but now let’s just get down to brass tacks. What is the best screen size for gaming?

It depends, because of course it does.

This is a hard no at any resolution, honestly. Bump up to at least a 24-inch, 1080p display if you want a good gaming experience.

If you’re going to be gaming at a 1080p resolution, then a 24-inch display would be best. A higher-res display at this size may result in a sharper image, but you can accomplish that with supersampling or anti-aliasing for much less money. Additionally, higher resolutions on 24-inch displays can make UI elements, subtitles, and even the operating system harder to interact with.

At normal viewing distance and a 1440p resolution, this would provide the best gaming experience. While 24”/1080p is fine, 27”/1440p is undoubtedly the better experience, thanks to the fact that it takes up more of your field of view and boasts a higher resolution. If you can run your games at native resolution on this display, you probably won’t need to kick up AA too much, and you shouldn’t experience any problems with UI and system navigation, either.

Honestly...you probably shouldn’t, due to the viewing distance required and potential eyestrain. If you are, make sure that you’re running a 4K display and at least a little farther from your monitor than you normally would be. At this point, though, people are going to start asking why you didn’t just buy a TV, and they’re going to be right to ask that.

If you want to game at 4K, you should probably just get a TV. For monitors-- even 32-inch monitors-- 4K is a bit of an impractical resolution. If you insist on having the highest resolution and the highest fidelity gaming experience, you should look into getting a 45-65 inch 4K TV. Then you can mount it on your wall, and use it for playing games from your couch or bed.

However, gaming TVs are a topic for another day.

If you skipped through all of that and just want the tl;dr, we’ll sum it up now.

Aside from monitor size, you may also want to take aspects like panel type and refresh rate into consideration. Modern displays and GPUs will all support standards like HDMI and DisplayPort, but if you’re still using VGA or DVI you may want to double-check what ports your monitor supports and consider buying an adapter if you need one.

All that being said, don’t go doing this without the hardware to back it up. Before you look into buying a higher-res display, make sure that you have a system powerful enough to play games at your ideal resolutions. We recommend our $400 and $500 builds for 1080p gaming, with $1000 and higher being ideal for 1440p and 4K gaming.

If you have any other questions about buying monitors, feel free to comment below and let us know. Until then, have a nice day!