It’s not a big surprise that multibillion-dollar companies like Facebook, Microsoft, and Apple have disagreements over various different policy decisions affecting their business operations, but it is perhaps somewhat unusual to see these disagreements play out in public. There’s an ongoing dispute over policies governing game streaming services, specifically related to their usage on Apple platforms, and both Microsoft and Facebook have issued public statements arguing for their case.

Microsoft with its Project xCloud, and Facebook with its Facebook Gaming service are both embarking on initiatives to allow users to stream games from remote servers managed by Microsoft and Facebook respectively, to users’ local devices. Essentially how this would work would be that you download an app from Apple’s App Store, which would take users inputs from either the touchscreen or a connected controller, send those inputs to the remote server running the game, and then stream a video output from the server back to the device. This lets you play games on any supported device, including demanding games that require powerful CPUs and GPUs, despite the local hardware not being powerful enough to run the game natively. When it works correctly, in ideal networking environments, it’s impressive tech, although there isn’t yet a proven market for this kind of gaming solution.

The disagreement comes from the fact that Apple is not allowing these kinds of apps onto their app store, citing a failure to meet the requirements for their approval process. Apple has denied services like xCloud, Facebook Gaming, Stadia, and GeForce Now from releasing on the App store, meaning that companies wishing to offer these kinds of gaming functionality can only do so on devices like Android phones and tablets, desktop PCs and Laptops, or Smart TVs. The message seems clear from Apple, if you want to use these types of game streaming services, you should look to devices other than iOS devices.

Apple has issued an explanation for their decision, although it does to some extent reveal how little Apple care about gaming in general:

“Our customers enjoy great apps and games from millions of developers, and gaming services can absolutely launch on the App Store as long as they follow the same set of guidelines applicable to all developers, including submitting games individually for review, and appearing in charts and search”

This statement isn’t dishonest, but it isn’t the full story either. It hints towards the fact that Apple does not consider game streaming to be a service in and of itself, but as a delivery mechanism for individual games. Their statement suggests that in order to grant users of iOS devices access to game streaming, each game that can be streamed should be published on the app store as it’s own dedicated app. Clearly that is not particularly practical, and would more make sense for an individual game/publisher that wanted to release a single game via streaming to iOS devices, rather than the likes of Microsoft or Facebook, who want to build their own streaming platform with iOS devices as just one of many avenues to access it.

This dispute somewhat echoes the various tussles that Apple has had with the likes of Netflix and Amazon over video streaming, which have for the most part been resolved with some kind of compromise on all sides. 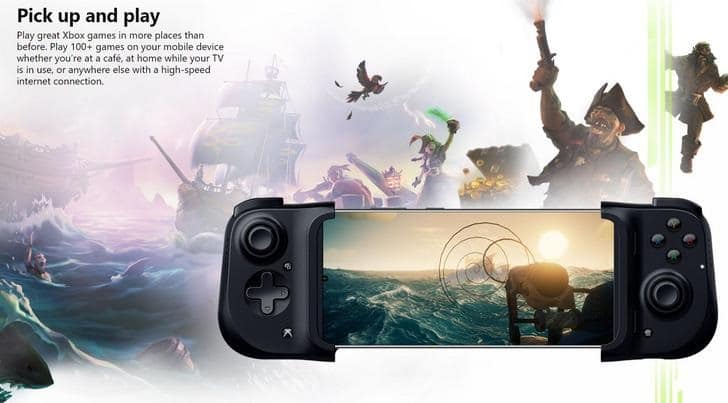 Microsoft has given the following statement to The Verge in response to the decision from Apple to not allow xCloud on their app store:

“Apple stands alone as the only general purpose platform to deny consumers from cloud gaming and game subscription services like Xbox Game Pass”, going on to say that Apple “consistently treats gaming apps differently, applying more lenient rules to non-gaming apps even when they include interactive content”

Again, there is some truth here, but I think Microsoft is perhaps being a little hypocritical. I checked and I can’t find any apps for game streaming services like Stadia, Playstation Now, or Facebook Gaming anywhere on the Xbox store. It could simply be that none of the respective providers have tried to release an app for Xbox, or could it be that Microsoft only things game streaming services should be allowed on any platform when it is a service they operate on a platform they don’t operate?

Facebook too, issued a statement after their app was rejected from the Apple App store until they agreed to remove the game streaming functionality:

“Unfortunately, we had to remove gameplay functionality entirely in order to get Apple’s approval on the standalone Facebook Gaming app — meaning iOS users have an inferior experience to those using Android. We’re staying focused on building communities for the more than 380 million people who play games on Facebook every month — whether Apple allows it in a standalone app or not”

It is perhaps entertaining to see these massive multi-billion dollar companies attempt to paint themselves as the underdog and to lobby for public support by issuing these kinds of statements. As nice as it would be for any user to get any app or service they want on any device they want, navigating the world of corporate strategies and high-level platform plays is never going to be that simple, and if Microsoft and Facebook genuinely believe it should be that simple that I’d suggest they’re being at least somewhat naive. So many aspects of Microsoft’s and Facebook’s business model is about locking people and businesses into their platforms and policies, how on earth is it a surprise to them when Apple do the same?

I don’t like Apple’s decision on this matter, I think it would be better for their users to have access to these apps and services on iOS devices, but this is not really a change in stance from Apple. They’ve always reserved the right to arbitrarily deny release for certain apps and games, and anyone buying and using an iOS device is doing so knowing that they’ll only ever be allowed to use it for functionality that Apple allows them to do. Microsoft uses the term “general purpose platform” to refer to iOS devices, but I don’t see any meaningful way that an iPhone is a general purpose platform, but an Xbox console isn’t, and Microsoft maintain just as strict policies over what can release on Xbox as Apple do for their own App store.

Ultimately these decisions come down to money, if not money in the short term, then money in the long term. Apple doesn’t want to surrender control of the delivery of apps and games to their devices, and Facebook and Microsoft want to get their service onto as many devices as feasible. Perhaps these two goals are completely at odds with each other, and we’ll never see any resolution. Or perhaps some kind of mutually agreeable solution can be reached down the line. It’s a shame to see users being caught in the middle, but as things stand today neither side shows any signs of budging.

Unless Apple sees any risk to the future sales of their devices, I can’t see them simply giving Microsoft or Facebook what they want here, and similarly, I don’t think Facebook or Microsoft would fundamentally alter the services they are offering to fit Apple’s tight restrictions. I think this one is going to remain a stalemate, unless game streaming proves to be such an important technology going forward that Apple are receiving reputational harm by not participating in its development and usage. Or perhaps if we were to see legal intervention, perhaps in EU courts.

In the meantime, I guess the message is that if you want to use game streaming services, or indeed any kind of app or service that Apple does not approve of, either opt for devices from other manufacturers, or wait in hope that some kind of deal can be reached. 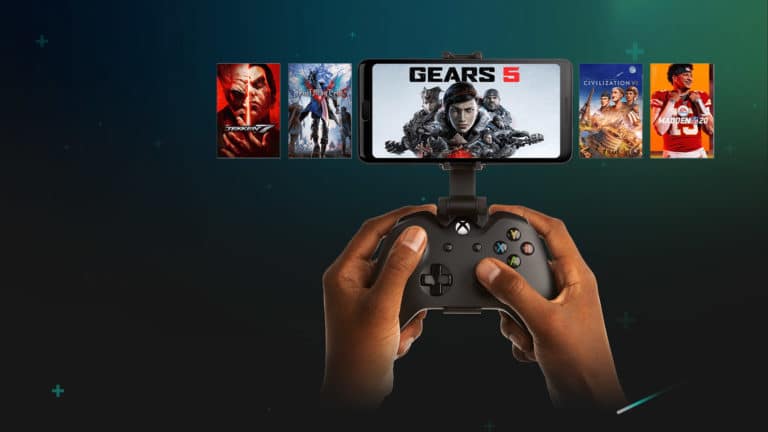