Home Blog Tips & Tricks Monitors LCD vs LED Monitor For Gaming – Which One Is The Best?

LCD vs LED Monitor For Gaming – Which One Is The Best? 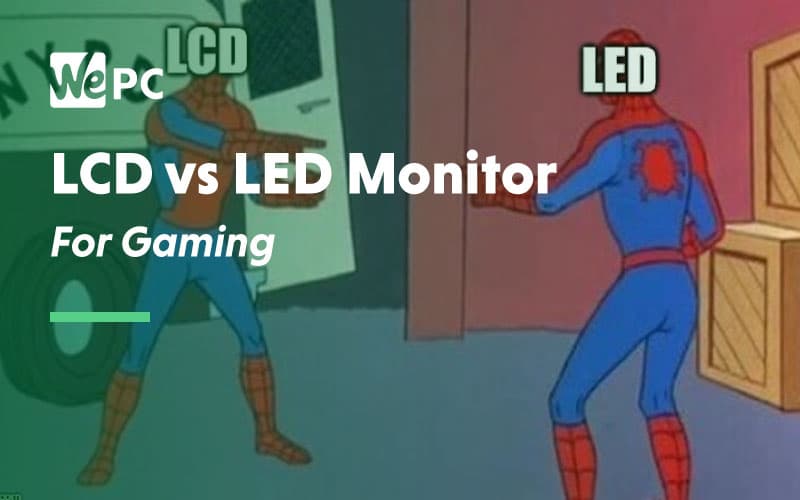 LCD, LED, Plasma-- you’ll likely run into all of these terms when researching monitors and panel displays. But since they’re usually just used and not explained, there is a lot of confusion about what they mean and the differences between them.

This is especially true for the first two types mentioned: LED and LCD, which we will be discussing here (sorry plasma). What’s the difference, and which one is better? These are some of the most asked questions when it comes to monitors. But here’s the kicker: An LED monitor IS a type of LCD monitor lighting.

That’s right, an LED monitor is just a type of backlighting for an LCD display. An LCD display uses tiny crystals that don’t produce any light themselves, so they need a light source behind them (or off to the side as we’ll discuss later) in order to see the image. 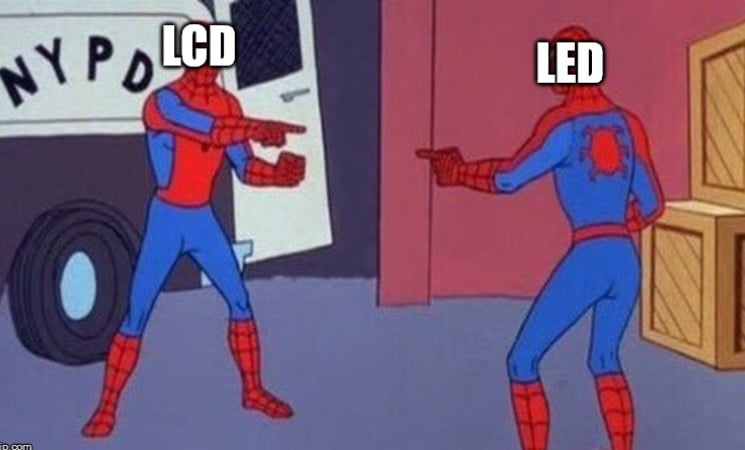 How does an LCD monitor work?

LCDs, or Liquid Crystal Displays use thousands of tiny squares called pixels. Each pixel is comprised of multiple different layers, with liquid crystals being in the middle.

Here’s where the magic happens: liquid crystals can change their state, and change how light works when passing through them.

When this happens, the light from behind is visible and will go through either the red, green, or blue light filter.

When electricity is applied, the liquid crystals return to their non-rotated position, blocking the light coming from behind. This effectively turns your pixel off.

Multiple pixels working together are what you see when you’re looking at an LCD screen. If you look up close at your monitor (not recommended), you can probably see at the very least groups of pixels in different colors.

Think of it like pointillism art that you may have seen. It consists of many tiny dots of barely varying colors next to each other to blend in a viewable, clear image. 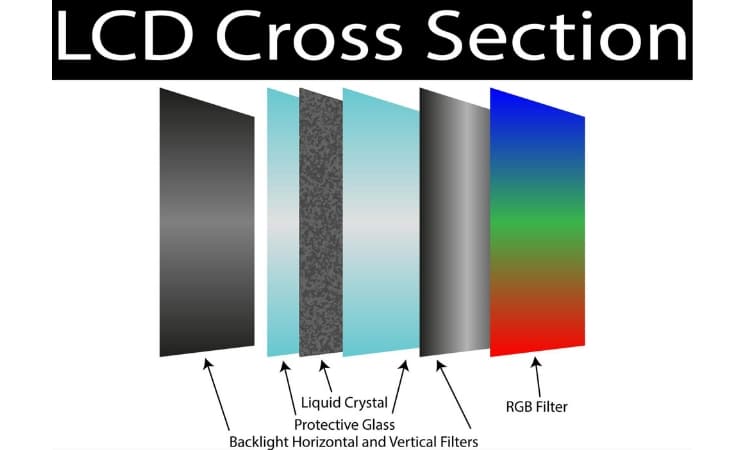 LCD and LED TVs and monitors work mostly the same, but there are some differences.

As mentioned above, there is still an element to all of this: the backlighting.

Remember when handhelds such as the GameBoy Advance needed a light shining on them from above to see the screen? That’s because the LCD screen in this device didn’t have its own light source.

The liquid crystals are only just that: crystals. They can’t magically start shining and produce an image. That’s where backlighting comes in.

Here’s why LED and LCD are two separate terms: LCD panels originally used Cold-Cathode Fluorescent Lamp (CCFL) run behind the pixels whereas panels that are marketed as LEDs use LEDs to backlight the image.

When using the older CCFL method to backlight the pixels, long rows of tubes are run behind the pixels, using more of an ambient method to light up the pixels.

This isn’t ideal and is actually inefficient in multiple ways.

The tubes are bulky, and running rows of them behind the pixels require much more room than rows of LEDs. This makes the monitor larger and bulkier than its LED-backlit counterpart.

You can’t turn on or off a specific area of one of these tubes, which means there’s the possibility for light bleed-through in areas that are supposed to be dark or black.

They’re also not very energy efficient, and in a world where everything is switching to high efficiency, you don’t want old monitor tech to keep you down.

In our strive for ever better-looking displays, obviously a better solution was needed: enter the LED, or, Light Emitting Diode.

You’ve probably seen an LED before. They’re in everything from cheap kids toys to headlights to expensive professional lighting setups. 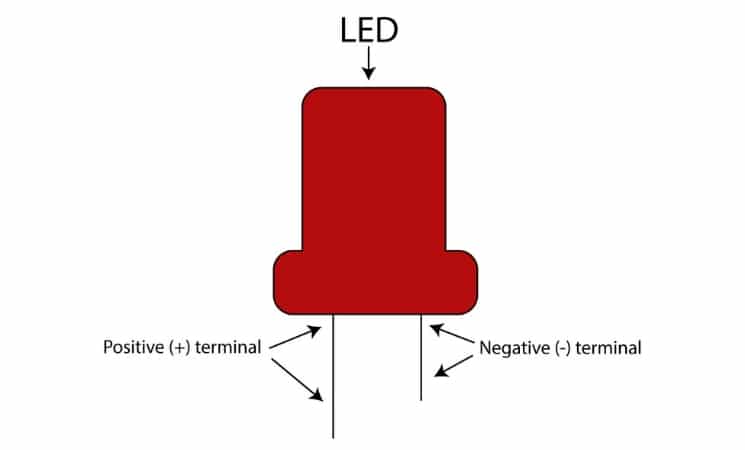 Using an LED to light LCD displays was a great move. LEDs are much less expensive to produce nowadays, require much less energy, and can be made in a variety of sizes, brightness’, and colors. LEDs also have a much longer lifespan than fluorescent, and most are rated over 100,000+ hours while CCFL lights are rated at 20,000-40,000 hours.

For instance, you can get white LEDs in a vast range of warm and cool whites, single color, and full RGB multi color. Displays with a bright white LED will have a brighter image overall. An RGB LED backlit monitor, on the other hand, will have a broader range of colors it can display.

Going with LEDs also opens up new ways to approach backlighting the monitor. Full-array backlighting puts the light source directly behind the pixel, and edge-lit lines the edges of the monitor and shines across the back of multiple pixels.

LEDs can be made small enough to fit one behind every pixel to give them each their own source of backlighting. Lighting a panel this way is referred to as full-array backlighting.

The other method often used is edge-lit backlighting. In this method, the LEDs are positioned around the edges of the monitor, and the light is shined through the back of the crystals from this position.

While mounting LEDs on the edge of the panel instead of behind them makes for a thinner, lighter display, the images aren’t typically as good.

When the LEDs are mounted on the side, they can’t dim specific sections of the screen individually, which means you may get light shining on areas that don’t need it, and areas that should be bright may seem dimmer.

When it comes right down to it, choosing an LCD monitor is all about choosing what kind of backlighting you want. Finding a model that uses the older CCFL technology is getting harder to find, as even most cheap monitors these days are LED backlit.

That doesn’t mean that you’re limited on options when choosing a monitor though, as there are more LCD panel types than just CCFL and LED.

There are also still many other factors that make up a good monitor, such as a good refresh rate, response time, and contrast ratio.

Personally, I use a 27” curved LED backlit LCD screen by MSI (who I highly recommend for high-end displays) with a couple of random LED monitors I had laying around to go with it.