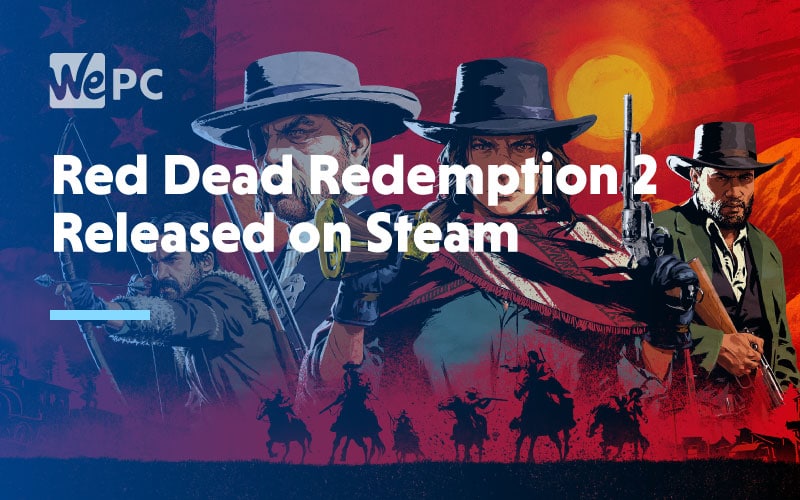 This title was initially released on console, with PC gamers having to wait nearly a year for it to arrive for their systems. Unfortunately, when Red Dead Redemption 2 was first released on PC, it wasn’t made available on Steam and had a very rocky release. Thankfully, this has been remedied now, with it being available to play on one of the leading PC gaming platforms.

Steam users will finally be able to experience Red Dead’s critically acclaimed Wild West open-world game. Set in America, 1899, you follow protagonist Arthur Morgan as he travels across a dying Wild West world, struggling to survive and make a living.

The game combines plenty of action, great storytelling, and some of the most beautiful graphics you’ll ever see in a game – making the whole playing experience truly immersive and unmissable. These visuals are further enhanced on PC to make use of the upgraded hardware, and lucky players won’t have to wait long before the mods start to land.

How Much Does It Cost On Steam?

The Special Edition will give players even more content for their story mode adventures, including new bank robbery missions and gang hideouts. New clothing outfits and horse variations are also on offer in this package.

The Ultimate Edition will give a similar variety of additional content for players, including additional bonus outfits for your online character, rank bonuses, and other horse variants. You’ll also receive all of the Special Edition bonuses in this offer.

The Botched Rockstar Launcher Release And How To Fix It

There have already been some issues so far. Fans of the game who have been eager to play it via Steam have been left disappointed. Many have left reviews already stating that they have been unable to launch the game due to Rockstar’s launcher.

This has solved the problem for many users, but there are still rumors that there are issues with certain CPUs and GPUs too.

We also have a post to help you solve the Red Dead Redemption 2 launch issue if this doesn’t work.

Rockstar did release a few patches throughout November for PC users facing issues, so there might be a few more to come this month too.

As a form of apology, Rockstar has released a special care package for PC gamers. This is Red Dead’s multiplayer version, Red Dead Online, and includes a pack of ammo and health items.

If you’re still looking to play Red Dead Redemption 2 on PC but aren’t sure if you’ll be able to run it, you can take a look at the system requirements we’ve put together for this title.

Don’t forget; there’s still a few days to enter for the chance to win a PC CD key from WePC!