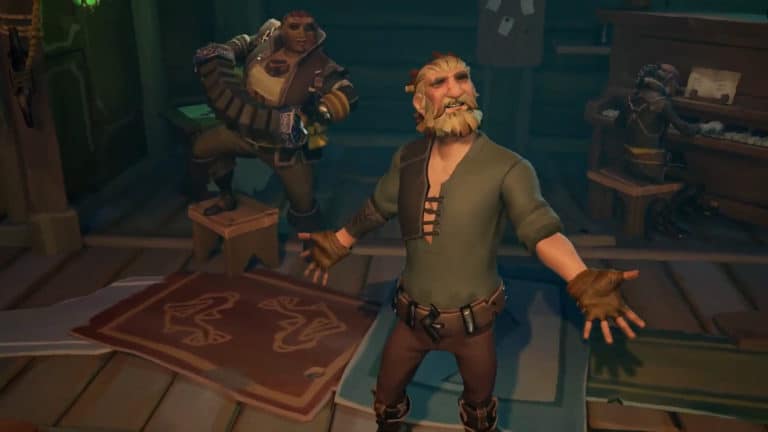 During the Xbox & Bethesda Games Showcase 2022 and to the tune of a jaunty little shanty, Xbox and Rare announced that Sea of Thieves ‘Captains of Adventure’ Season 7 is penciled in to set sail on July 21st.

“Take a musical tour of what Sea of Thieves Season Seven will offer as Captaincy comes to the game on July 21st, 2022. From purchasing, naming and customising ships, to saving your loadouts and gaining access to quick cash-in points, it’s time to become a Captain of Adventure!”

As the season’s title implies, the focus with Captains of Adventure is very much on bringing highly-requested captaincy features to Sea of Thieves. Among them, the ability to buy and name your ship, emblazon it with a unique crest, and customize the interior. Other notable additions savable loadouts and access to quick cash-in points, a boon if you’re stranded far from the nearest Outpost or want to embark right into the next adventure without wasting any time, and, as is customary for each season, a slew of progression rewards.

Sea of Thieves Plans for the Months Ahead

The announcement also comes hand in hand with the multiplayer pirate adventure hitting the 30 million player milestone. To mark the occasion, Rare is running a Gold & Glory Weekend on June 17th. Players can double gold/reputation and get boosted Renown for all treasures brought back to an Outpost.

In the lead up to Sea of Thieves Captains of Adventure Season 7, more content updates are on the way. Each one stacked with improvements, fixes, and new goodies for the Pirate Emporium. Alongside, the game’s fifth time-limited adventure, The Forsaken Hunter, lands before Captains of Adventure arrives. As you can see, there’s plenty to look forward to in the months ahead for Sea of Thieves fans.

Sea of Thieves is out now for PC, Xbox One, and Xbox Series X/S.