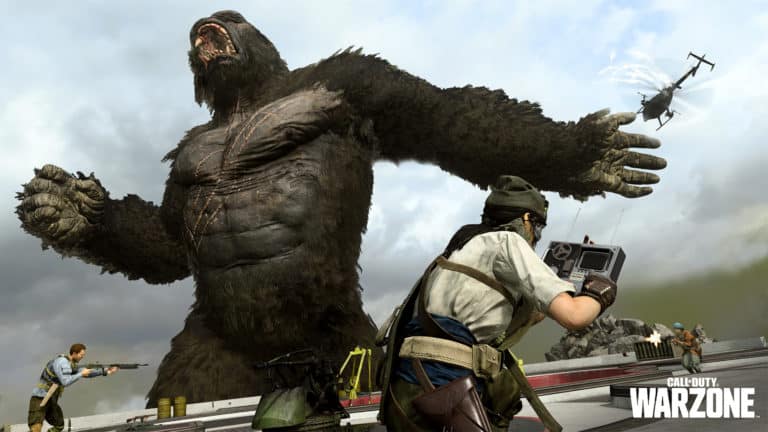 If you load up Call of Duty: Warzone today you’ll find that the setting for the game is currently being destroyed by what can only be described as a mild scuffle in the grand scheme of kaiju battles. King Kong and Godzilla are fighting each other once again and while they’re huge, it is possible to do large amounts of damage.

The legendary Monsterverse titans last fought in 2021’s Godzilla VS Kong, and the island of Call of Duty: Warzone is their chosen setting for a rematch. Players are tasked with simply figuring out a way to survive in a world that is being torn apart by monsters that simply think you’re basically an ant. As it turns out, players have found that you can jump into a helicopter in order to attack the area of King Kong where his testicles would usually be, and by doing so you net yourself some pretty sweet and pretty easy XP. The exploit was first discovered over on Reddit, and was quickly placed into the NSFW tag due to the hilarious content of the video.

The current Call of Duty: Warzone event, Operation Monarch, is due to run until May 25th, so you’ve only got a few days to shoot the…underside of the huge monkey titan. Recently several leaks surfaced surrounding a sequel to Call Of Duty: Warzone that will reportedly feature several huge changes to the beloved battle royale game and adding some more traditional mission objectives, so it’s unclear exactly how long we’ll have left to play the original Call of Duty: Warzone before the developers move to the next game.