After teasing some big Apex Legends news and finally dropping the first wave of details about the battle royale shooter’s Season 6 ‘Boosted’ last week, developer Respawn has cooked up a trailer for its new hero, Rampart.

True to form, the trailer, released under the ‘Stories From The Outlands’ series, follows in the footsteps of previous Apex Legends teaser reels, hitting that same high level of quality and gorgeous animation we’ve come to expect.

Ramya Parekh, known as Rampart, excels at modding weaponry, a skill she’s ported to her time on the underground gauntlet circuit where she’s gone from strength to strength. As Respawn colorfully puts it, Rampart ‘talks big and has the ballistics to back it up.’ Her reputation hasn’t gone unnoticed, leading to an explosive tussle in her modding shop stunningly portrayed in the trailer. Despite coming out of the fight worse for wear, it lands her a ticket to the big leagues and the Apex Games.

An equally impressive trailer released last week provides a bit more about Rampart’s character, and the tool kit players will have at their disposal. One of her signature abilities appears to be a defensive shield, and she’s likely to feature heavily in Season 6’s new crafting system, which we get to below. Although shrouded in mystery currently, Rampart jumps into battle with ‘Sheila,’ a companion, which could be anything from a trusty weapon, drone, or the like. Given her penchant for tinkering with weapons, I’d wager on a massive, souped gun, possibly the same one showcased in the promo shots released so far. Expect Respawn to share more details as we approach Season 6’s debut on August 18th. 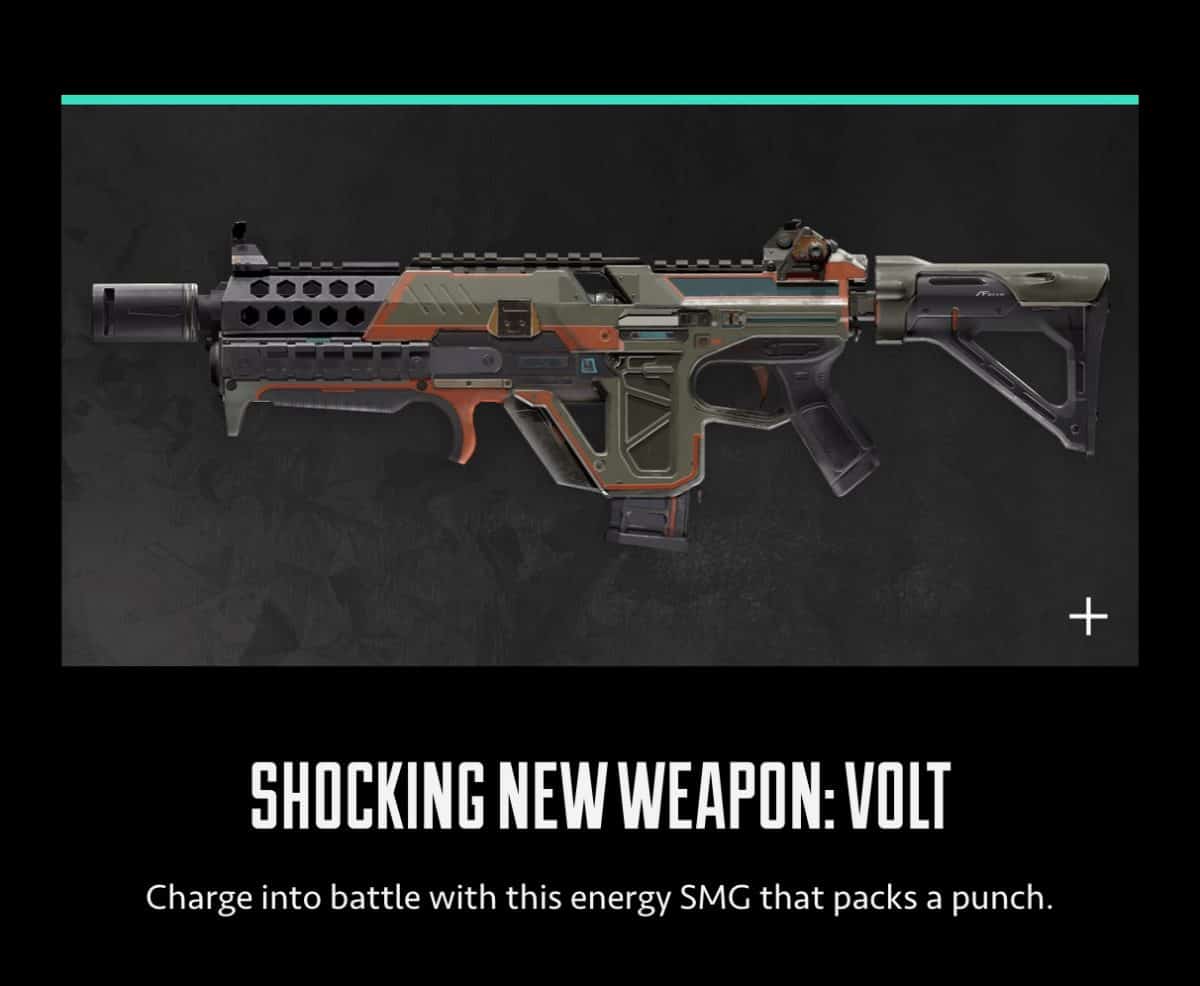 Rampart aside, Season 6 introduces a mysterious new crafting system. There’s little to go on right now, but details released so far suggest players will be able to gather materials from across the map and turn them into gear. Tag lines shared so far are ‘If you can’t loot it — build it’ and ‘Don’t like your gear? Collect materials around the map and build something better!’ It will be interesting to see how this one pans out and whether it has the potential to switch up the meta in Apex Legends.

A ‘shocking new weapon’ arrives with Season 6 as well, an energy-charged SMG called the Volt – ‘Charge into battle with this energy SMG that packs a punch.’ Officially, that’s the only new weapon, but ever-enterprising data miners picked up on a compound bow and arrow ammunition potentially arriving in Season 6.

Season 6 also kick-starts a new Battle Pass, with over 100 exclusive items to unlock, including Holo-Sprays, Apex Packs, and Legendary Skins, presumably featuring some for new character Rampart. Wrapping up what we know so far about Apex Legends’ Season 6 is a new ranked season. No word on whether it will switch things up compared to Season 5.