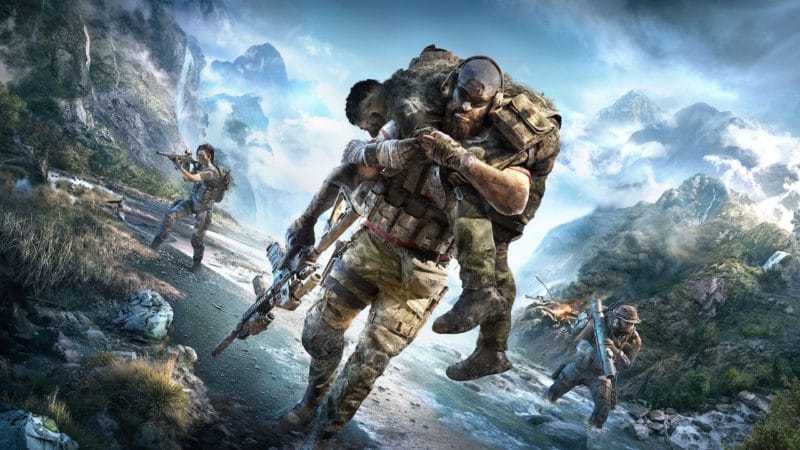 Tom Clancy’s Ghost Recon Breakpoint, unveiled back in May, was presented during Ubisoft’s E3 2019 event via a poignant cinematic trailer and a quick blurb by actor Jon Bernthal accompanied by his incredibly obedient dog.

The feature was mainly to reveal a beta for the squad-based tactical stealth/survival shooter, starting on September 5. Players can guarantee access to the beta, and a three-day jumpstart on the full release, by pre-ordering today. Alternatively, sign-ups are open on Ubisoft’s dedicated Ghost Recon Breakpoint portal.

The game takes place on the Auroa Archipelago in the South Pacific, which appears to be an ecological oddity with eleven different biomes doting its shores from snow-capped peaks to verdant jungles and futuristic urban sprawls.

Players take control of an elite special ops soldier (i.e., a Ghost) to jump behind enemy lines, explore the diverse islands, and take on a band of rebellious former Ghosts led by Colonel Cole D. Walker (Jon Bernthal), known as The Wolves, and their battalion of hi-tech drones, in heated battle defined by different abilities, weapons, and survival features.

Survival plays a crucial role in Ghost Recon Breakpoint with some pretty in-depth mechanics; an injury system, resource management, stamina, traversal through treacherous terrain, bivouacs where you can craft, repair, and upgrade gear, and a buddy carry feature that allows you to hoist a squadmate onto your back then move them to safety.

As for stealth, complexity is the name of the game with a prone blending camouflage system to avoid detection and orchestrate ambushes, a diverse set of enemy AI behaviors that will hunt players down indiscriminately until they are dead and an adaptive cover mechanic whereby body position will automatically match to possible cover locations and tactics.

Ghosts are fully customizable with an array of classes, cosmetic options, and functional skills. Weapons, gear, and equipment can be upgraded by sleuthing out resources across the map.

Ghost Recon Breakpoint is playable either solo or as a squad with the ability to join and leave sessions while maintaining overall progression. Gameplay is parceled out between a story and a free-roam mode where players can scour the map for side activities. A competitive multiplayer facet is also set to offer a selection of snappy quickfire modes. All modes contribute to character progression with customization carrying over as well.