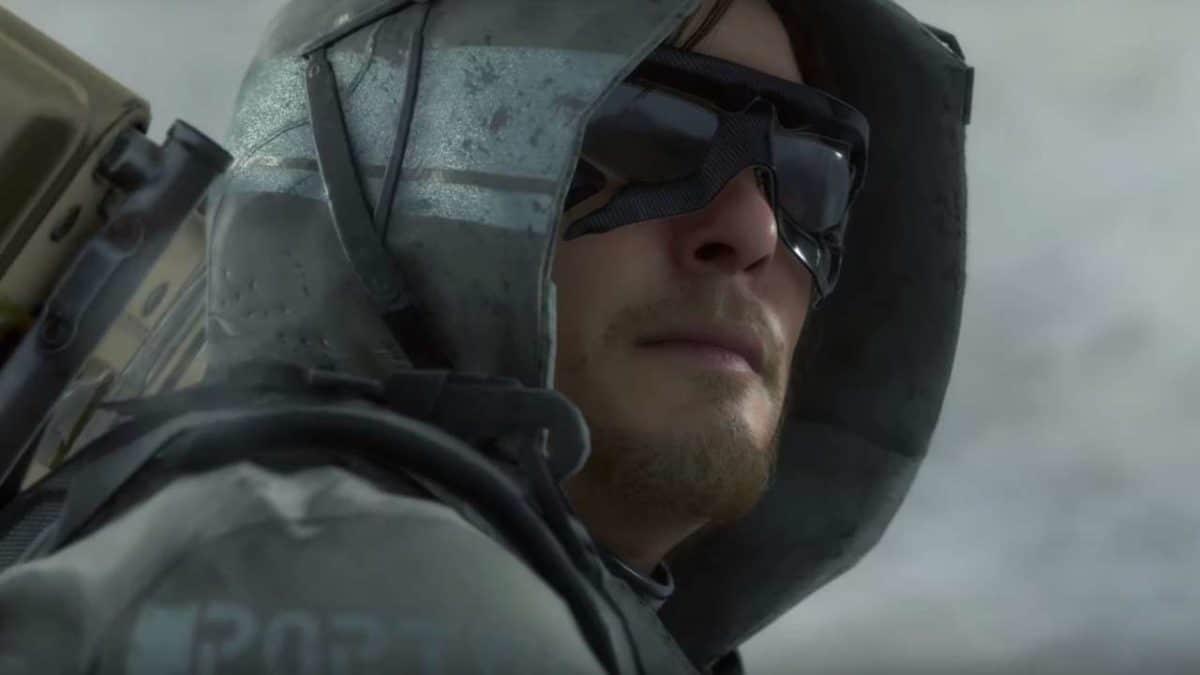 The promised appearance of Hideo Kojima represented much of the marketing appeal of the Gamescom Opening Night Live presentation, and the Japanese video game auteur didn’t disappoint.

After what was arguably a lackluster show of titles, Kojima stole the show not just with the first glimpse at sustained Death Stranding gameplay, but by quite literally taking over from host Geoff Keighley who was more than happy to watch him lead the segment.

Two new characters for the highly-anticipated title were unveiled. The first played by American actress Margaret Qualley is named Mama. She mothers an invisible baby who is from the ‘other side.’ As any mother would do, she breastfeeds and soothes the child when distressed. Said baby can float in mid-air like many of the other ethereal specters populating Death Stranding’s bizarre world, but won’t seek out humans to bite them.

Next up, we have Bridge Baby, one of the now-iconic babies encased in what appears to be a synthetic womb that playable character Sam straps to his chest. Although the short trailer attempts to shed new light on the purpose of the BB, it raises more questions than it answers suggesting a link with a brain dead mother assured through connection to the terminal on show in the clip. The BB can get stressed and from what we understand is vital to protecting Sam from the BTs that roam the land.

As for the gameplay footage, Death Stranding features a gorgeous open world of vertiginous cliff faces, verdant rocky valleys, and glacial streams. We see Sam amid a package delivery run, waking up from a short rest and urinating. In comedic fashion, the camera is never quite allowed to rotate enough to show Norman Reedus’ private parts, although a sizeable mushroom does appear shortly afterward in the targeted now-wet patch of grass.

We catch a glimpse of a map representing the continental United States, and Kojima explains that strands, or connections, need establishing from East to West to progress through the game.

Sam scales a hill using a deployable ladder and reaches a structure jutting out on a plateau half-way up the mountain, presumably acting as a sealed doorway leading to a habitable space inside. He deposits the package and a character donning Geoff Keighley’s face appears in holographic form to thank him for his services.

Sam proceeds to fall off a cliff and upsets the BB on his chest. Kojima explained that players need to use the motion sensor on the PlayStation 4 controller to mimic a parent soothing an upset infant. The footage cuts off shortly afterward.

Although the trailer was a welcome surprise and is sure to pique the interest of many potential players, it shrouds Death Stranding in further tantalizing mystery. Kojima confirmed more gameplay would surface at next month’s Tokyo Game Show.

Death Stranding releases on November 8th this year on PlayStation 4, while a PC port is slated to arrive later on.