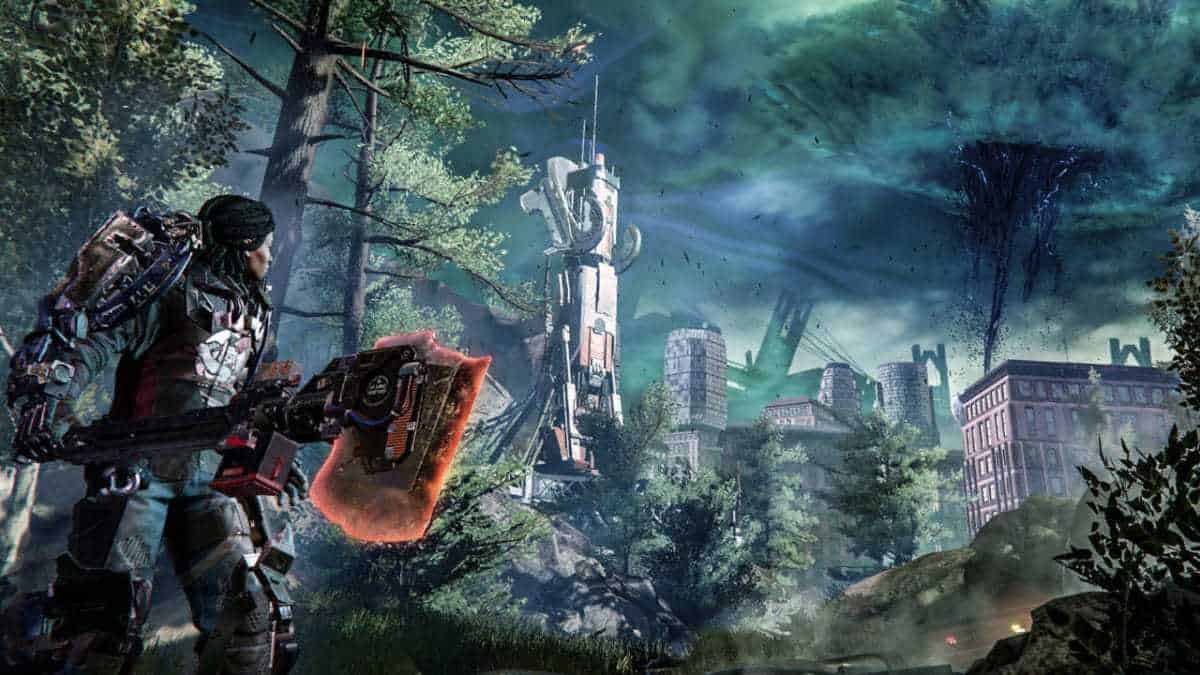 The Surge 2 plunges the player into the ravaged shell of a city infested by vicious nano-machines known as Jericho after crash landing and being held in a detention center.

After creating a unique character, players jump into a customizable and upgradable exo-rig that offers increased agility and combat prowess when facing off in unforgiving battle against a horde of tech-imbued enemies.

The RPG elements shine through as you can opt for agility boosting modifications and implants, focus on adding strength to your strikes, or find a happy medium between the two. There is a wide range of weapons with active and passive bonus to find and equip to customize your fighting style further.

The trailer does well to highlight how combat works from securing new gear by targeting specific limbs on enemies to meaningful defensive capabilities like dodging, blocking, short hopping, ducking, counter-attacking, and directional parrying, by way of execution moves.

A sidekick-like drone accompanies the player throughout offering an array of new engagement options, unique weapons, and finishing moves to aid in combat. In line with the exo-rig, the drone can be upgraded and improved to suit every playstyle.

With alternative paths snaking through Jericho and a semi-open world to explore, The Surge 2 places the onus on the player to determine how they progress forward. From the vertiginous edges of towering skyscrapers to the verdant forested outskirts of Jericho, The Surge 2 offers a generous palette of areas to explore.

Despite the expectation that comes with being described as Soulslike, The Surge 2’s combat mimics the difficulty level of From Software’s esteemed catalog as well as peppering the game with challenging boss fights, except the formula is transported to a dystopian futuristic setting that is miles away from the fantasy and twisted lore of Dark Souls and Bloodborne.

It’s also worth mentioning how good The Surge 2 currently looks with a sleek, refined aesthetic showcased in a meticulously crafted setting dripping with saturated lighting that works incredibly well, alongside fluid combat animations and some genuinely original looking enemies to take down.

For fans that need to scratch that From Software itch in anticipation of Elden Ring slated for release next year, The Surge 2 appears the perfect antidote and should more than honor the hallowed Soulslike tradition.

The Surge launches in just a few short weeks on September 24th for Steam PC, PlayStation 4, and Xbox One.