AMD and Nvidia are the two top brands in GPU manufacturing, but the top-of-the-range market is dominated by Nvidia alone, despite AMD’s attempts to produce a graphics card that can compete with their opponent’s high-end heroes.

The lower to mid-range market, however, is anyone’s game. That’s where the RX 570 and the GTX 1050 Ti come in. This article is going to compare both of these older GPUs to see whether it’s AMD or Nvidia’s chip that comes out on top and if there’s still a share of the market that can be swayed over to AMD’s camp.

Released consecutively in 2016 and 2017, the Nvidia 1050 Ti and the AMD RX 570 aren’t classed as relics in the gaming industry just yet, and they still have a lot to offer on the modern market for anyone looking for a more affordable graphics card to upgrade their PC.

We take a look at the different specifications and features of each GPU, including architecture, cooling systems, the size of the card, resolution, and performance, and memory so that we can recommend the best budget graphics card to suit your gaming needs. 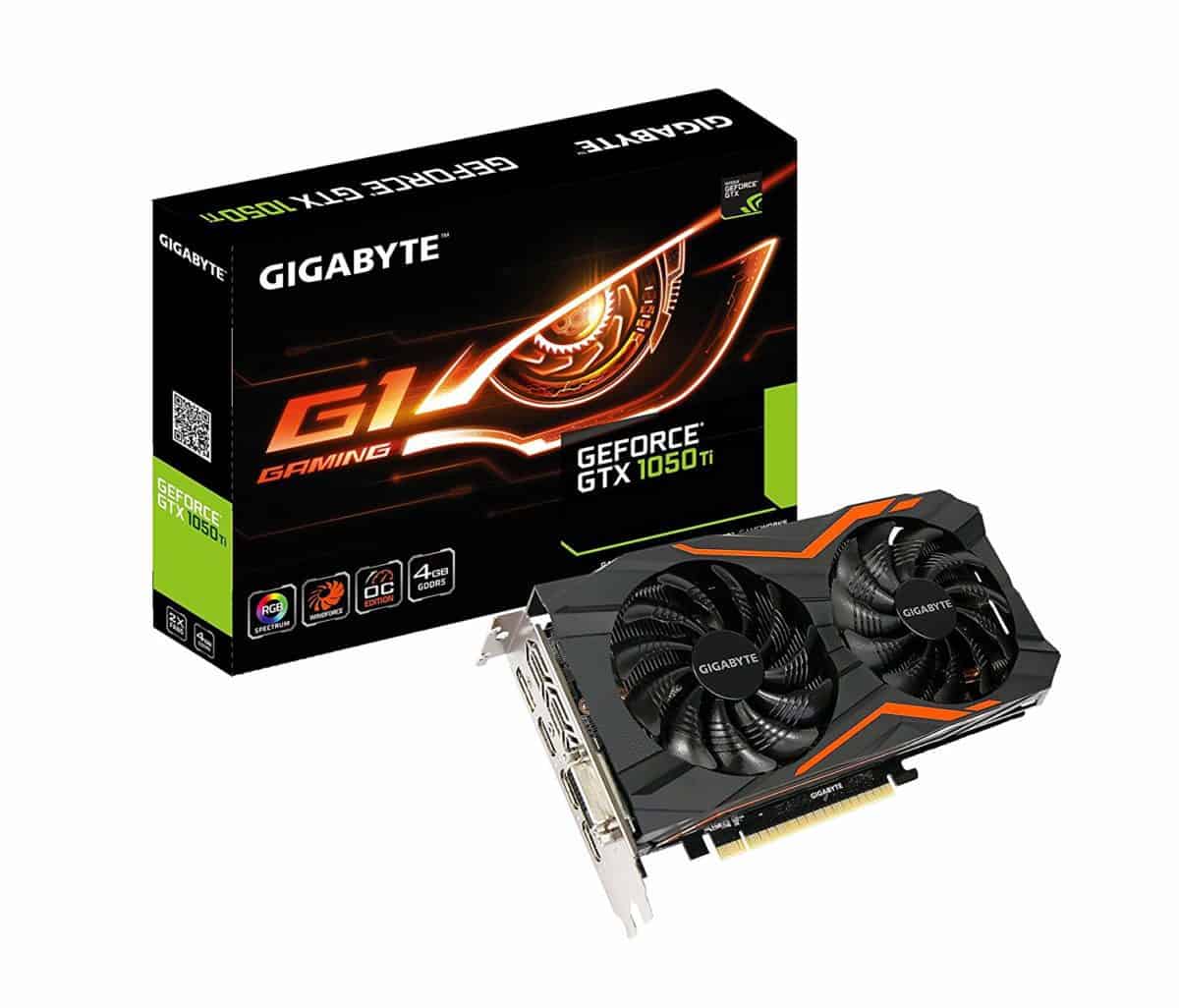 The Polaris 20 architecture on which the RX 570 is based features 5,700 million transistors, a die area of 232 mm², 2048 shading units, 128 texture mapping units, and 32 ROPs. It’s worth noting that unlike the RX 580X which has 2304 shading units and can be fully unlocked, the 570 has disabled some of the shaders in order to reach its target count.

By comparison, the GTX 1050 Ti has a die size of 132mm², 3,300 million transistors, 768 shading units, 48 texture mapping units, and 32 ROPs. It features Nvidia’s respected but less recent Pascal architecture which misses out on a lot of the benefits brought to the table by the Turing architecture that the newer Nvidia graphics cards are equipped with.

So you can compare them easily, here are the clock speeds for both GPUs:

As you can clearly see, there’s not a huge difference between the two in terms of clock speed. When it comes to gaming, this is probably minimal if noticeable at all, and you won’t see it reflected in the speed of the frame rates per second. Playing at 1080p, however, this is more than enough to deliver great gaming performance.

In terms of temperature, the demands of modern game titles mean it’s more important than ever to invest in a solid cooling solution to keep the temperatures low when you’re gaming under a heavy load.

The RX 570 has been known to reach highs of 74°C but it usually sits at around 65°C when it’s not too strained, which is also the temperature the GX 1050 Ti peaks at before settling somewhere between 55 and 60°C.

Both cards benefit from a well-vented blower-type cooling system despite the fact that these can run slightly hotter, or you can also choose to go for an axial cooling system, although this can result in warm air being circulated throughout the case rather than being released.

Of the two, the Nvidia GTX 1050 Ti has to work harder to keep temperatures cool so the fans produce a reasonable amount of noise. It has a maximum recorded sound volume of 45 dB which is noticeable compared to the much quieter 38 dB that comes from the RX 570.

It’s not often that we review two cards with a huge difference in size as this would make them suitable for completely different boards, but the RX 570 is nearly double the length of the GTX 1050 Ti measuring at 241 mm compared to the GTX 1050 Ti’s 145 mm.

If you’re looking for something that’s not going to take up too much space, then the GXT 1050 Ti is half the size and should slot in neatly on your board, whereas the RX 570 is great for the gamer who has no concern about overcrowding his motherboard.

They’re both 111 mm in width and they feature the standardized 2-slot cooling solution and each GPU connects via a PCI-Express 3.0 x 16 interface. Where the RX 570 draws power from a 1 x 6-pin power connector with a TDP of 150 watts, the GX 1050 Ti doesn’t require an additional connector at all and it has a much lower rated power draw of 75 watts.

Choosing to go for a budget graphics card doesn’t mean you have to resign yourself to poor resolution and minimal gaming power. Even older GPUs still have a lot to offer in terms of quality for money, especially if you’re only looking to play at 1080p most of the time anyway.

Compared to the RX 570, which only reaches a maximum of 59.6 fps, it’s clear to see which card comes out on top here. It’s a trend that we saw at each setting when we increased the visual graphics to play at 1440p, and then again at Ultrawide 1440p, although admittedly the gap in frame rate speed does begin to close the more you push these GPUs to their limits.

If you’re hoping to play on 4K, neither the RX 580 nor the GTX 1060 is going to be the graphics card you need as they both seriously struggle under this setting. The latter GPU can barely push out 17.1 frames per second, and the former doesn’t do much better either delivering just 25.6 fps at this setting. Really, they’re designed for 1080p, and this is where they deliver.

Alas, both the RX 570 and the GTX 1050 Ti were produced prior to the development of ray tracing ability, therefore you’ll be unable to access this technology with either of these cards. Nvidia has released a driver download that allows you to experiment with these settings on their GTX-series graphics cards, but you’ll have to be prepared for a serious drop in quality.

However, the GTX 1050 Ti would struggle to cope with these settings turned on, so if this is something that is important to you then you’d need to look somewhere closer to the RTX range of Nvidia GPUs, and these carry with them a higher price to reflect such performance.

It’s worth noting that you can’t actually use ray tracing abilities on the majority of games, even the modern titles, as this hardware hasn’t been universally incorporated into gaming technology just yet. While it can be useful for future-proofing, with these older cards it’s probably not a high concern on your priorities list.

When it comes to memory, the RX 570 easily outperforms the GTX 1050 Ti. Both only hold up to 4 GB of memory with a GDDR5 memory type that is less efficient than the more recently developed GDDR6 seen in later graphics cards.

With nearly double the amount of bandwidth, the RX 570 delivers 224.0 Gbps and runs on a 256-bit memory interface, which surpasses the GTX 1050 Ti by far. This means it will be able to retrieve image data much faster and it will deliver smoother and more fluid gameplay.

There was only around $30 between them in price when these GPUs were both released, but recently the RX 570 has shot up and is now almost double what you’d pay for the GTX 1050 Ti. Is this jump in price really worth paying when there are newer graphics cards with more updated technology that you could spend your money on instead?

Probably not for the average gamer, but if prices drop again and return to what they were, or even close, then the RX 570 is a great lower-end GPU option that will deliver impressive 1080p gaming and strong performance. It might not suit more experienced or professional gamers, but it’s perfectly suitable for what most people will need.

The GTX 1050 Ti is also good for gaming at 1080p, although it does trail slightly behind the RX 570 in terms of clock speeds and memory bandwidth which will affect the overall performance. In this instance, it’s AMD we’re backing over Nvidia. 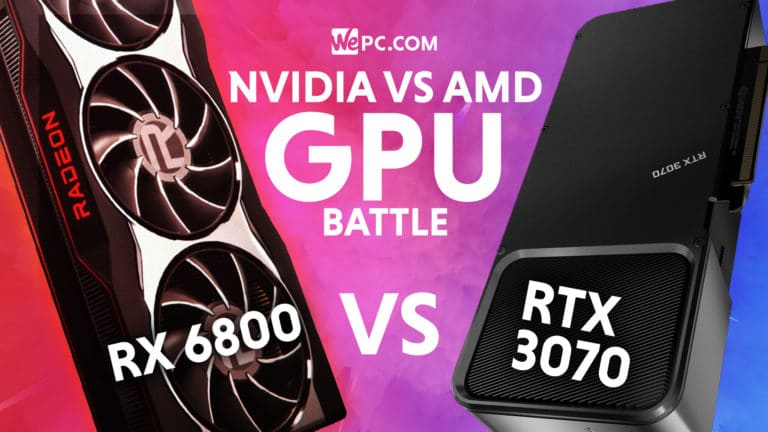 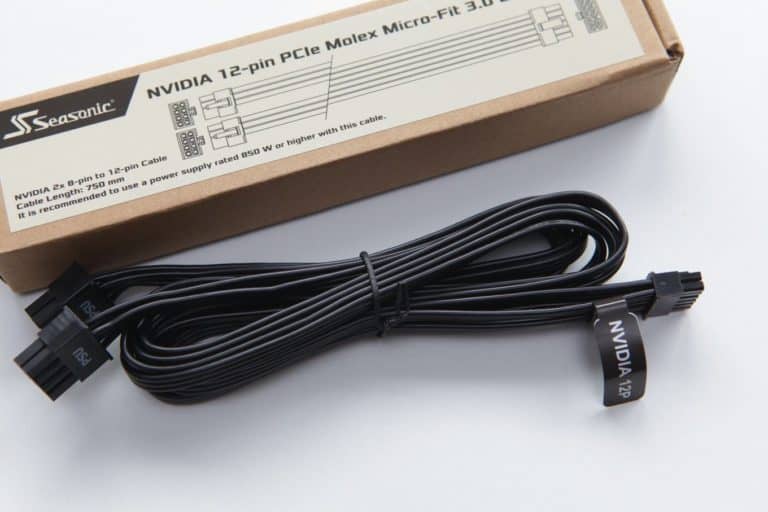 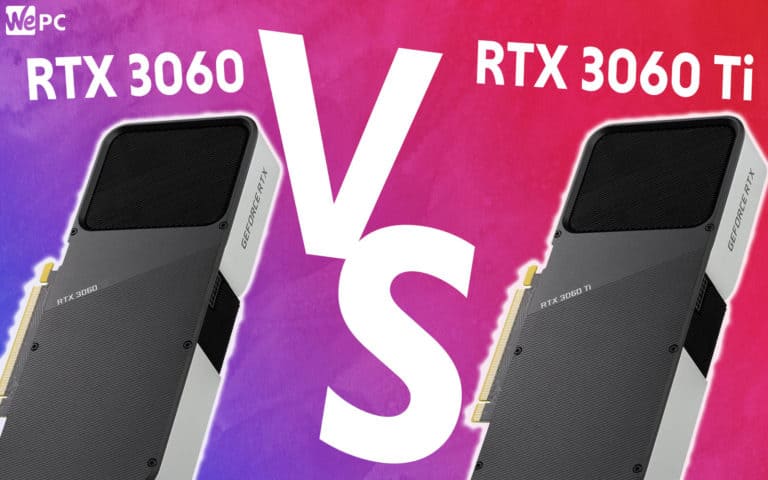 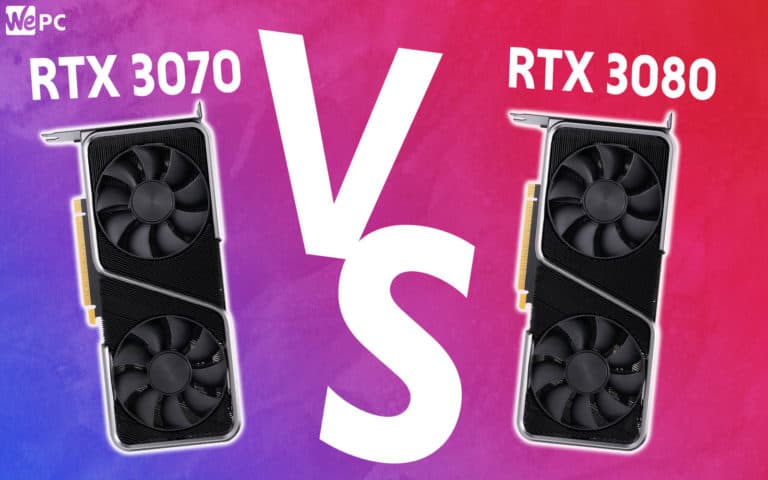