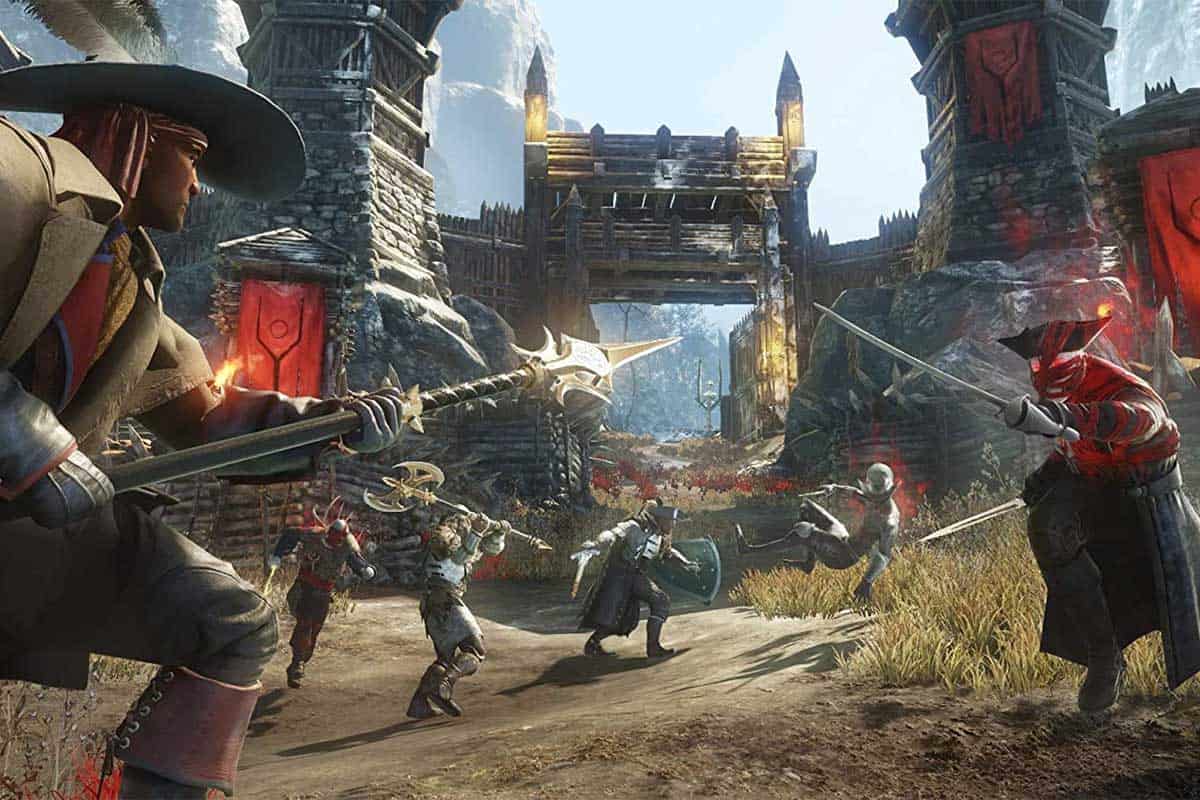 Update: New World is getting an Open Beta in September, giving players s latest before the game’s full launch on September 28.

Making the most of the attention of tens of thousands of gamers during PC Gamer’s E3-replacement PC Gaming Show yesterday, Amazon announced that it is launching a closed beta for its ambitious upcoming MMORPG, New World, on July 23.

Standing as the MMORPG’s first large-scale stress test, the closed beta will be available to all those that lay down cash early with a pre-order ahead of New World’s proper release. Players will bag several exclusive items for taking part, including a fist bump emote, guild crest set, and an amulet.

As David Verfaillie, head of player experience on New World, explains, ‘The big thing we want to see is how the game holds up at scale. We want to know how the servers hold up, how lag-free the play will be, and if the frame rate is good. We’re going to get a lot of information about how it plays.’

As for a firm release date, Amazon announced that New World would launch in earnest on August 25 worldwide after it was initially pushed back from May due to the hurdles thrown up by the coronavirus pandemic and a shift to work-from-home development.

Amazon also cooked up a brand new PvP combat trailer for the occasion. By all accounts, New World’s combat will be a hectic affair with sword-wielding, pyrotechnics, muskets, and magic aplenty as well as all the fantasy tropes you’d expect from an MMORPG worth it’s salt. Yet, the lack of non-stylized in-UI footage means we still don’t have a clear idea of how New World will play. A generous dose of gameplay may have helped excite players who are intrigued yet not entirely convinced by Amazon’s take on the MMORPG genre.

Launching a new MMORPG in 2020 may feel like an outdated attempt to rekindle the late 2000s heyday of the genre, but Amazon seems intent on bringing enough novelty to the formula to attract genre enthusiasts as well as newcomers. In particular, the promise of massive battles and fortress sieges, involving up to 100 players, will undoubtedly be a draw for many.

Among other tempting features is the technical backbone afforded by Amazon’s seemingly bottomless coffers and access to the Amazon Web Services network and staggeringly large server capacity – reportedly 10,000 per server.

After the lukewarm launch of Amazon’s other big-budget project, hero shooter Crucible, last month a lot is riding on the retailer’s gaming wing’s second attempt at a breakout hit.