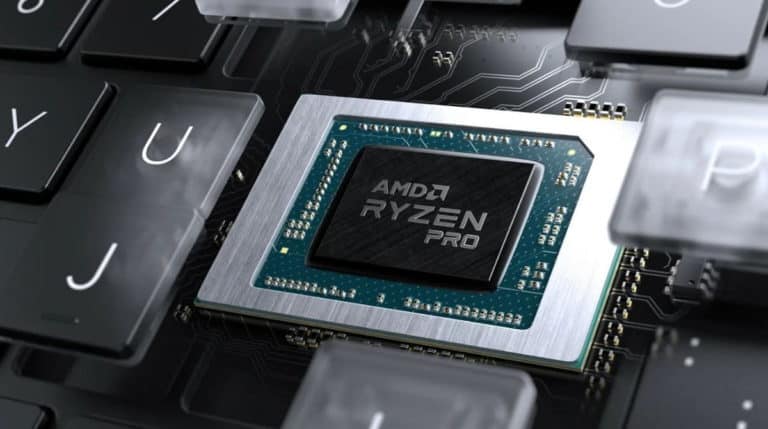 The AMD Ryzen 6000 Pro series, the professional / business-focused version of the Ryzen 6000 series of mobile CPUs/APUs, has just been launched by the Red team. These are based on the same 6nm Zen3+ architecture as the regular Ryzen 6000 series, but come with additional improvements that make them better suited for business use. Additionally, AMD is launching the Ryzen Pro 5000 series APUs, based on the older Zen3 7nm process architecture, as a more budget-friendly option. Read on for more details.

Security and manageability features are a big focus of the new Ryzen Pro 6000 series. These combine AMD’s own technology like AMD Memory Guard and AMD Shadow Stack, with features such as Pluton technology from Microsoft and support for Windows 11, Lenovo, HP, and other model-specific security tools depending on which model laptop you buy them with.

Additionally, the new CPUs/APUs are reported to give performance boosts to common office applications like Microsoft Teams. Though the Intel 12th Gen Alder Lake CPUs have the edge over the regular Ryzen 6000 series in multicore performance, AMD has claimed that the Ryzen Pro 6000 series can deliver up to 15% faster performance against comparable 12th Gen processors while running such productivity applications. Specifically, AMD has quoted benchmark results in Microsoft Teams video conferences, PCMark 10 scores, and UL Procyon benchmarking for various Microsoft Office programs.

The battery-saving potential of the Zen3+ architecture has been taken even further with the Pro 6000 series than it has with the 6000 series. AMD claims that the Ryzen 7 Pro 6850U for instance has a battery life that will last up to 29 hours of general usage. Obviously, we’re skeptical of this until independent testing, but even if it falls several hours short this is very impressive.

As you can see from the above graphic, courtesy of AMD, the Ryzen Pro 6000 series is divided into the higher-powered H-Series, with TDPs of between 35W and 45W, and the more affordable, more slimline U-series, which will operate in the 15W-30W range. IN addition to this, the HS models within the H-series are designed to be more slimline and power-efficient versions of the regular high-end 6000 H-series CPUs, and come with the lower 35W TDP. The SKUs for the 10w-25W Ryzen Pro 5000 series, based on 7nm Zen 3 architecture, can also be seen listed at the bottom.

There has been no definitive word from AMD as to a Ryzen 6000 pro laptop release date, but we can expect to see the first models released over the next month, with some SKUs/models being released later in the year.

It’s been a busy few month for AMD, not only due to the Ryzen Pro 6000 series APU launch, but also leaks of the pending launch of the first in the new AMD Ryzen 7000 series CPUs for desktop. Read all about it in our AMD Zen 4 Ryzen 7000 series piece.