Home Blog Reviews PC Components What Is The Best AMD Ryzen APU For Gaming in 2020?

What Is The Best AMD Ryzen APU For Gaming in 2020? 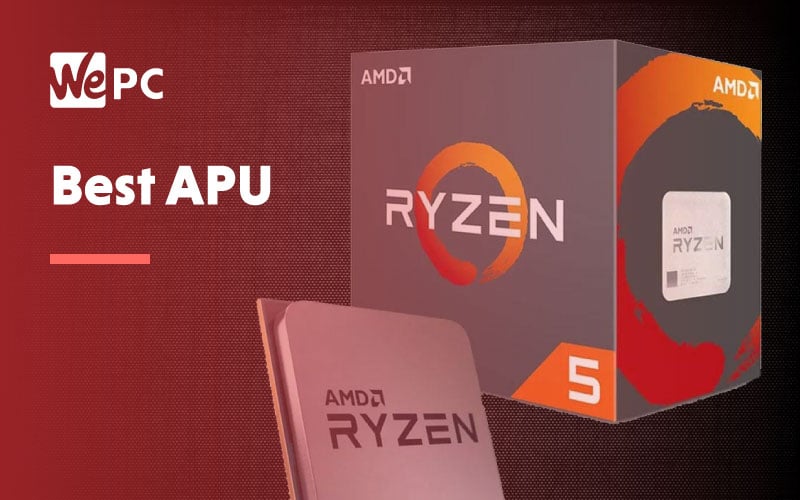 Back in 2011, AMD debuted their APUs or Accelerated Processing Units. While the first few generations were somewhat impressive, AMD’s aging CPU architecture bogged down subsequent releases of APUs, and for a long time, it seemed like the dream was dead.

Fortunately for us, AMD didn’t stop there. After releasing the incredible Ryzen series of processors, featuring an entirely new processing architecture, AMD was able to release new APUs utilizing their latest cutting-edge CPU and GPU technologies on a single chip.

Today, we’re going to walk you through the best ones. 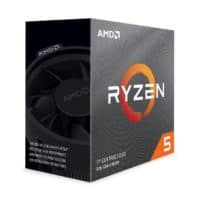 The 3400G from AMD is their flagship APU and one that comes to shelves boasting some pretty impressive in-game performance stats.

The newly enhanced successor to the 2400G is widely considered to be one of the best price/performance processors in the new Ryzen range. All thanks to boosted clock speeds and better VEGA 11 graphics engine speeds.

The latest APU out of the AMD closet comes in the shape of the Ryzen 5 3400G. It's an excellent option for someone looking to build an entry-level system at an affordable price point.

With the ability to handle AAA game titles, the 3400G sits firmly at the top of our best performing APU list. 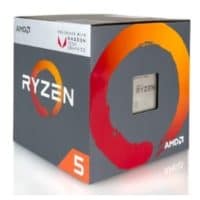 First up is the Ryzen 5 2400G, which is pretty much just a full-fledged Ryzen 5 CPU with a graphics chip stronger than the GT 1030 slapped on for good measure.

The Ryzen 5 2400G may have been knocked off the top-performing spot by its successor, the 3400G. Don't let that take anything away from this great processor though.

It still offers excellent gaming performance and would suit any bidding PC building looking to build a PC on a budget. 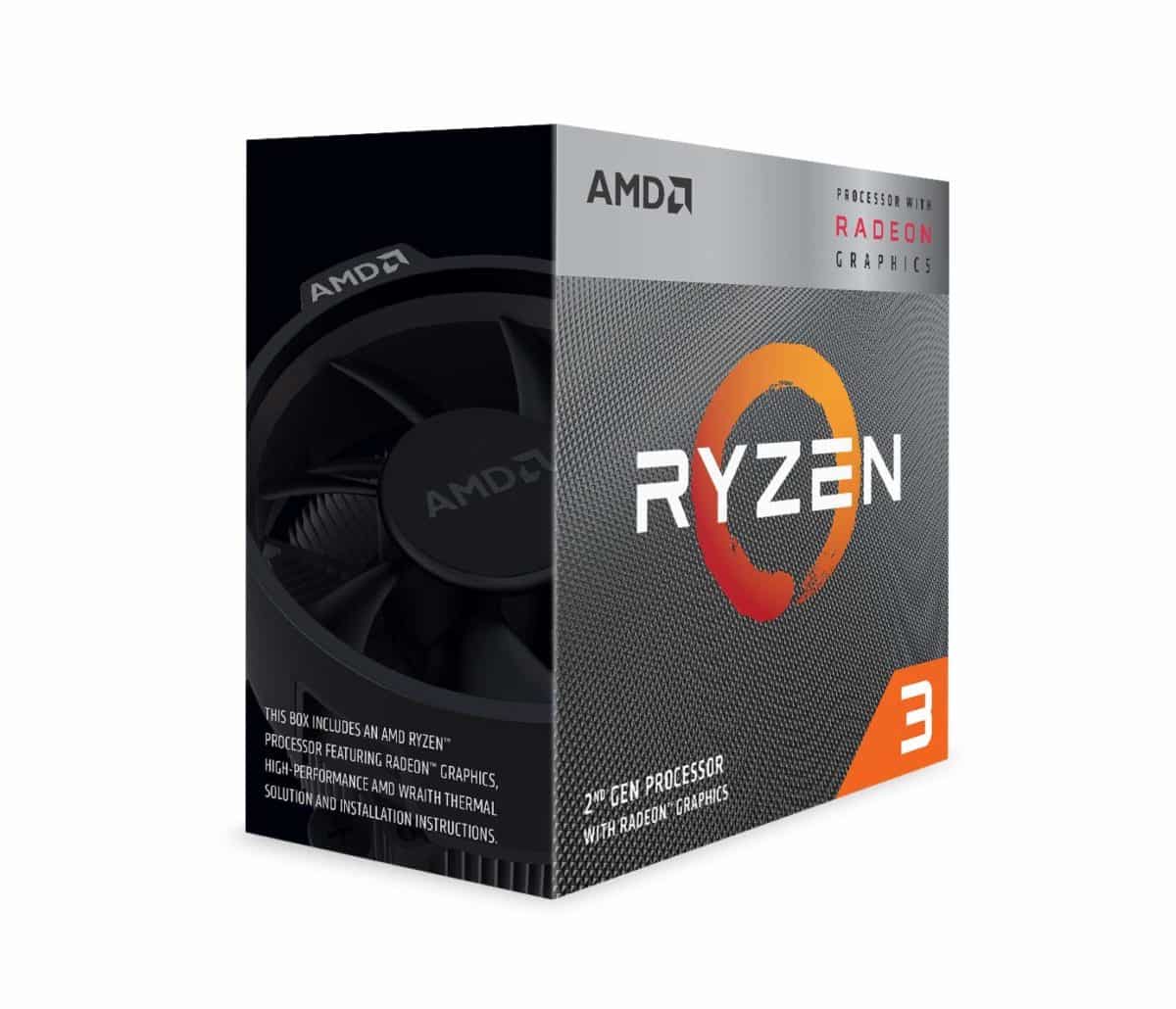 If you're looking for an all-in-one processor that can play some of the latest AAA games and has an affordable price tag, look no further.
To put it simply, the 3200G is a higher clocked 2200G which is perfect for new PC enthusiasts who want to build an entry-level system.

It comes sporting better CPU clock speeds and higher Vega 8 engine speeds over it's predecessor, the 2200G. If you're looking for the perfect starter processor which will handle many AAA games, then the 3200G could be just for you. 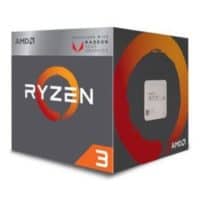 The Ryzen 3 2200G is a Ryzen 3 CPU with embedded Radeon Vega graphics comparable to the GT 1030, which can retail for as much as this chip by itself. The processor is basically a freebie!

If you want to build a PC within the $300-$400 range, then this might be the perfect processor for you. It offers some good gaming performance and a price tag that can not be matched in this list.

What is an APU?

While the Accelerated Processing Unit is a very attractive name, make no mistake: an APU is pretty much just a combination of a CPU and a GPU. Many Intel processors using Integrated graphics, for instance, are essentially the same as APUs. That being said, though, their graphics chips are much less powerful than the ones inside these Ryzen APUs.

Note; you can also use these strictly as CPUs by adding a dedicated GPU to your setup.

A similar concept in a different sect of the industry is “SoCs.” SoC stands for System on Chip, and these tend to combine all components of the system onto a single, well, chip. This is seen most often in gaming consoles (both the PS4 and Xbox One, for instance, are using AMD SoCs), smartphones, and on rare occasions, laptops.

If you are considering purchasing an AMD Ryzen APU, then let us share with you all of the APUs currently available on the market as of today.

While this is usually the section where we dive deep into how we made our picks, the truth is that AMD isn’t as eager to flood the market with APUs this time around. They’re playing it smart, so there aren’t a bunch of filler options to sift through… as of now, the only APUs worth buying are the Zen APUs on this list.

What matters more than what we chose is how we ranked them and which one is right for you. Keep reading to find the answers to those questions.

What about the mobile Ryzen APUs?

If you’ve been tracking tech news lately, you might know that AMD has recently announced Ryzen APUs for gaming laptops. At the time of writing, these haven’t been released yet, but in all probability, they are unlikely to surpass the desktop Ryzen APUs.

Even if they could, they can’t be individually purchased and thus are out of the scope of this article. But, if you’d like to hear more about them when they release, let us know in the comments below! We don’t usually cover laptops very often, but if there was an appetite, we’d look into it.

Clock Speed - The rough speed of the CPU, at least per-task, measured in GHz. As noted above, all of these APUs are based on the Zen architecture, which is great thanks to its strong single-core performance; this is particularly useful for gaming.

Cores - The more cores, the better the CPU will perform with multitasking and applications that utilize multiple cores. Games more heavily utilize a single core while a lot of content creation places emphasis on multiple cores. If you’re interested in seeing how these APUs stack up, then check out our CPU hierarchy.

Threads - Threads can be thought of as additional, virtual cores. That being said, physically, there is only one core. However, it acts as two cores when handling tasks and processes. Well, that’s the very simple version anyway.

Graphics - Graphics refers to the included “GPU.” In this case, the hierarchy starts with Vega 8 on the budget APU and ends with Vega 11 at the highest end, for now. If you’re interested in seeing how these compare, then check out the comparable graphics cards below and our GPU hierarchy.

What Is The Best APU For Gaming?

Finding The Best APU For Gaming 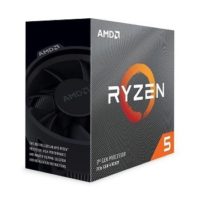 The 3400G is AMD's current flagship APU and is widely considered to be the world's most powerful thanks to the integrated graphics the chip comes paired with. Unlike the 3200G, the 3400G comes with 4cores and 8threads, 6MB of cache, and the impressive VEGA 11 graphics engine.

It clocks at 3.7GHz with a boost clock speed of 4.2GHz which is a vast improvement over it's predecessor. According to AMD, the Ryzen 5 3400G comes with high-quality metal TIM and is supported by AMD's precision boost overdrive. This is a feature that auto overclocks the chip whenever it feels fit to do so.

If all that didn't impress you, then the price tag is sure to change that. It retails at under $150 which is fantastic value for money. Especially when you consider the 2400G debuted at $170.

Until recently, the 2400G from AMD was thought of as the best APU money could buy. Thanks to their impressive new 3rd Gen processors, that is no longer the case. That being said, its embedded graphics performance still trounces any Intel integrated graphics solution by a rather severe amount, making it possible to play many modern games at 720p medium/high or 1080p low/medium settings.

The main downside of this chip is that, at least from a pure value perspective, it doesn’t totally live up to what the 2200G offers. The graphics performance doesn’t increase all that much, despite the seemingly-large jump in numbers. Just think of this as an option for those who want to complete their build with a high-end GPU down the line, rather than a mid-range one.

All being said, the 2400G still offers a great all-round product which would be perfect for any newcomer to PC building.

At the beating heart of this excellent, well-balanced, APU comes the VEGA 8 graphics engine. It has the ability to perform under the pressure of many AAA games titles thanks to its newly boosted clock speed. Like its predecessor, the Ryzen 3 3200G carries on the quad-core trend. Unfortunately, AMD has again decided to hold back on the multithreading technology for this one.

That being said, it does come with a few surprises like higher operating clock speeds and more available cache. The 3200g comes equipped with Vega 8 graphics clocked at 1,250MHz. That'll be 150MHz faster than the last-gen 2200G.

Like all Ryzen chips, the 3200G comes with its own CPU cooler. In this case, it's the Wraith Stealth. I was happily surprised with the performance power and instant cooling it gave the chip.

One area that has not been improved upon is the TDP, which still lies at 65W. That isn't a huge deal though if truth be told, and the price tag only sweetens the deal further.

The Ryzen 3 2200G is the budget pick on this list and the one that has almost become obsolete. Since the 3200G and the 3400G came to fruition, it's extremely hard to recommend the 2200g when the newer generation are so similarly priced.

The CPU inside the 2200G is roughly equivalent to that of the Ryzen 3 1300X. This means it should be good in all but the most CPU-intensive games, and that it shouldn’t bottleneck your GPU until you exit the midrange of graphics cards. For most people, this will be more than adequate as a starter chip for a low-end PC to be pushed into a midrange PC later on!

The Vega 8 GPU itself is roughly equivalent to the GT 1030 in terms of gaming performance. It is, like all Ryzen chips, unlocked for overclocking and can achieve excellent benchmarking when paired with fast RAM. What makes this APU particularly good value is that it offers GT 1030 performance, then pretty much throws in a great budget CPU for free.

If you do go for this option, you may want to throw in a GPU upgrade in a few years. If you’re fine with budget gaming, though, this should take you a long way.

We have a large range of in-depth buyer guides here on WePC and we would hate it if you missed the chance to read them, feel free to check out any of the related guides below.

Now, it’s time to help you make a choice.

#1 Ryzen 5 3400G - A fantastic all-round processor that can handle some demanding AAA game titles right out the box without GPU accompaniment.

#2 Ryzen 5 2400G - If you're looking for a decent starter CPU which will play some AAA games, then this might be the CPU for you. A great start if you are thinking about future upgrades down the line.

Personally, we’d recommend the Ryzen 5 3400G. Value-wise, it’s one of the best price/performance processors, and is an ideal jumping-on point for the AM4 platform as a whole, especially if you don’t intend on slapping in an RTX 2080 at a later date.

Comment below and let us know: which of these APUs seem most enticing to you, and why? We’d love to hear your opinions!