Finding the best Black Friday computer deals can be an arduous task whether it’s around Black Friday or not, especially for those who aren’t as tech-savvy. This is because we are spoilt for choice when it comes to Black Friday, with every major retailer offering some level of discount on gaming PCs or PC parts.  Black Friday is an exciting time for PC gamers and general computing enthusiasts as it gives our wallets some respite. The sales event brings about some huge savings, particularly on older generation stock such as CPUs and GPUs. If last year was anything to go by, you are in for a treat this Black Friday, with great deals to be had on most computer parts. To ease the whole process along for you, we are going to be continually updating this article with the latest and greatest computer deals.

Black Friday is here: Grab the best deals at Amazon and Best Buy and be sure to check out our top Black Friday deals below. 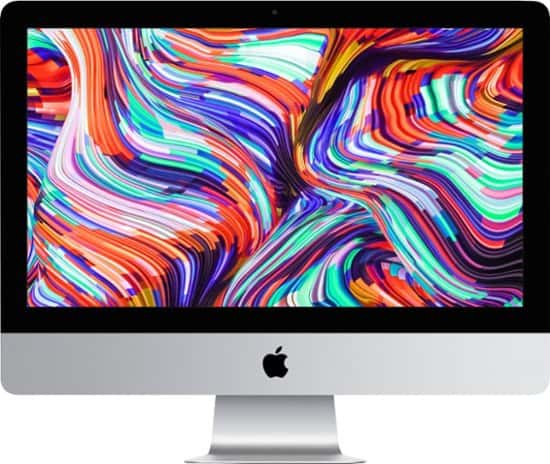 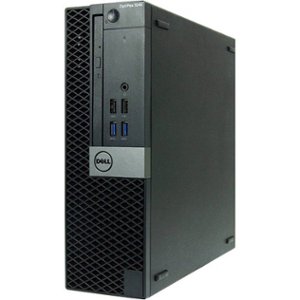 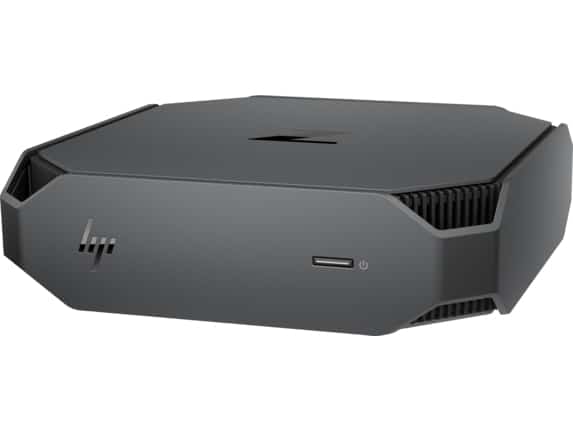 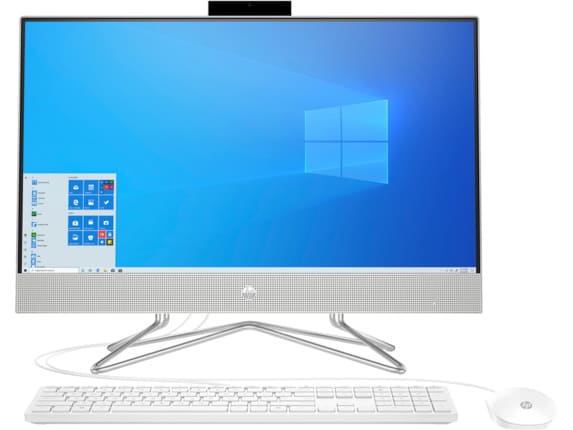 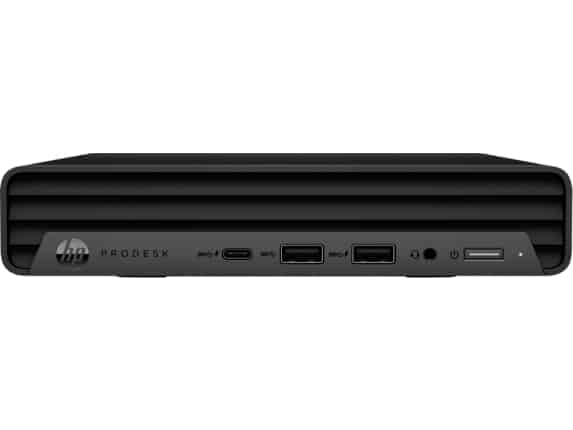 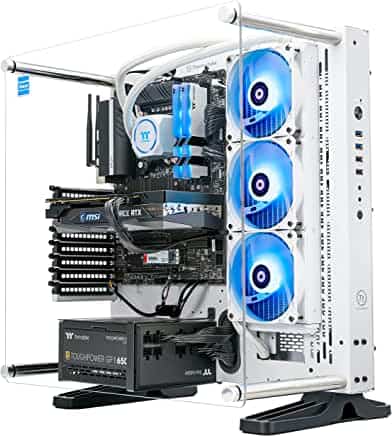 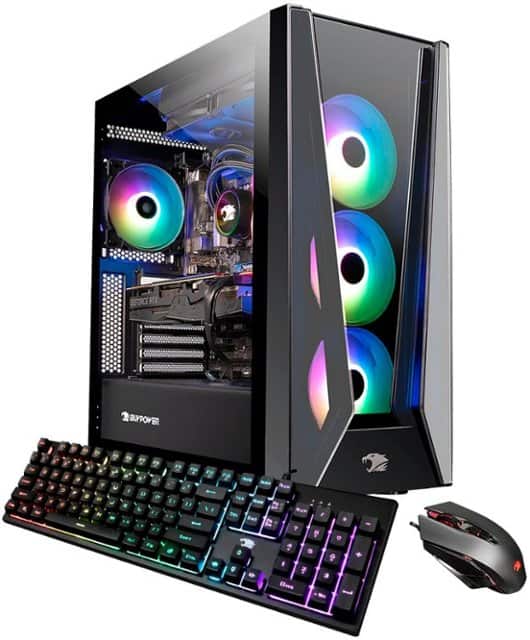 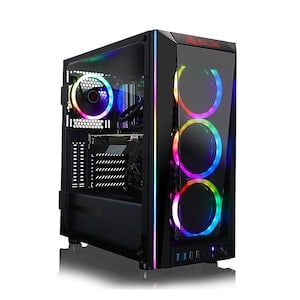 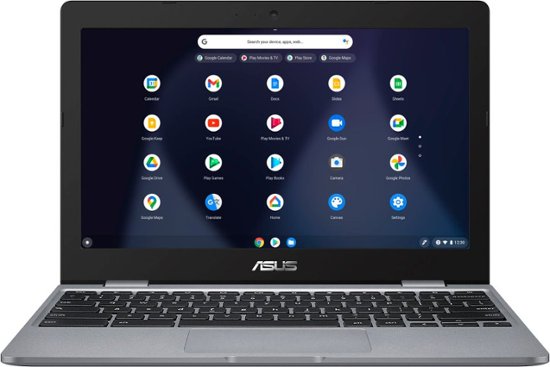 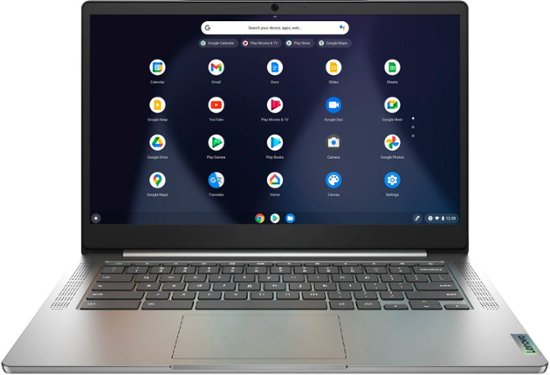 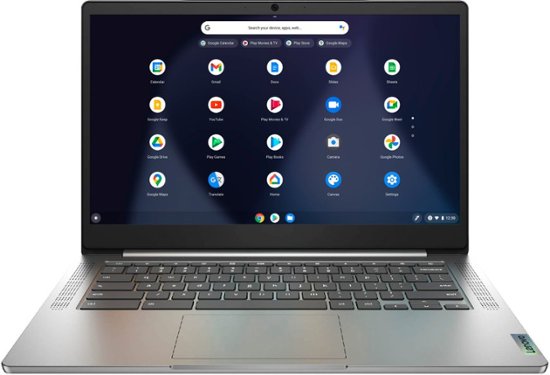 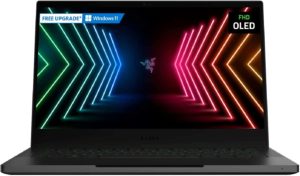 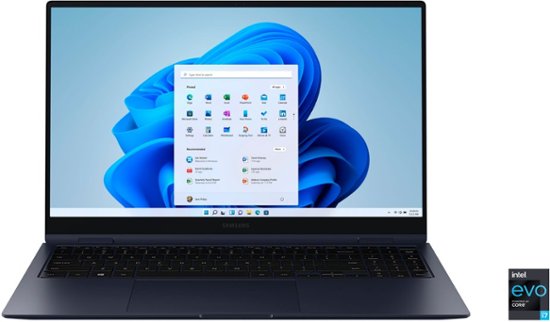 What to look for from the best Computer Black Friday Deal

Black Friday always features impressive computer deals, with a wide variety of manufacturers lowering their prices for the sales event. All major retailers offer gaming systems for all budgets, so make sure you have an idea of what you would like to spend and try your best to stick to it.

It is important to know what games you are going to be playing on your prebuilt gaming PC before you buy, as you need to ensure you can run that game in your desired settings and resolution. For example, if you were looking to play a AAA title in 4K, then a budget $500-$600 computer probably isn’t going to cut it.

Ultimately when it comes to PC gaming, the most important component is the graphics card. If you are unsure about how a PC will perform, you can simply check for the graphics card in the builds online benchmarks on YouTube. This will tell you the expected average FPS in certain games and give you a rough idea of which games you can play comfortably.

What kind of computer deals should I expect on Black Friday?

You can expect a wide variety of computer deals this Black Friday. Everything from prebuilt computers for work to component deals for a new computer build will feature a deal this holiday. Every year there are record sales with Black Friday and 2021 should follow suit. Prebuilt computers have risen in popularity recently due to continuous issues with component shortages, distribution issues, manufacturing issues, and increased demand.

Throughout the entirety of Black Friday and Cyber Monday, we are going to be scouring the major retailing sites for the very best computer deals and bringing them all here. so if you are in need of an upgrade or fancy a new PC altogether, you are in the right place.

When will the best Black Friday computer deals start in 2021?

Officially, computer deals will properly roll out on November 26th. That being said, we are already starting to see some retailers go live early with their computer Black Friday deals, so the time has come to continually check. Normally, the best deals are reserved for Black Friday and Cyber Monday but if we find any amazing deals before then, we will be posting them into this guide.

Where are the best places to find computer Black Friday deals?

Luckily for us buyers, most major retailers, and even custom PC builders all take part in the Black Friday sales event. This means that we get a wider selection of deals to sink our teeth in as they roll out, with a range of specifications and budgets to suit everybody.

Last year there were some major computer deals, with hundreds off gaming PCs and incredible discounts on CPUs, graphics cards, storage, and, well most computer parts. With huge brands and retailers taking part this Black Friday, we are in for a treat.

We are going to be updating this page constantly with the latest Black Friday deals, so don’t forget to bookmark this page.

You can be sure that every major retailer is going to be flush with computer Black Friday deals when the time comes. We are expecting Black Friday discount on loads of older spec’d gaming PCs and laptops, so get ready for excellent gaming at a more affordable price.

Gaming laptops are generally more expensive than their prebuilt desktop counterparts but if last year was anything to go by, we are expecting some fantastic discounts when Black Friday arrives.

PC parts are another area to look at when the sales events arrive. We are going to be seeing loads of computer part Black Friday deals over the next few weeks, making it one of the best times ever to be considering building a new gaming PC.

This article is going to be featuring all the best Storage, CPU, and GPU Black Friday deals we can find. What makes Black Friday 2021 particularly exciting is the fact we have seen AMD, Intel, and Nvidia all launch new computer parts, potentially giving us extra discount on the older generation.

So whether you are after a larger SSD, or a new rig entirely, bookmark this page and build that dream system for less.

Monitors are getting better year on year and always feature in the Black Friday sales event. In fact, gaming monitors are very popular this time of year and will sell out pretty fast if there is a notable deal. To ensure you don’t miss out on a monitor upgrade we are going to be continually updating this to feature the very best Black Friday deals.

So, if you are looking to grab a cheaper 4K gaming monitor to pair with your new hardware, or just fancy getting a gaming monitor with a higher refresh rate, you have come to the right place.

Who has the best computer deals Black Friday 2021

As mentioned, most major retailers are going to be offering some impressive Black Friday computer deals, so sifting through them can be rather time-consuming. We are going to be scouring the top retailers for all things PC-related to find the very best computer deals and bring them right here. So whether you are building a new PC or just fancy upgrading one or two PC parts, you have come to the right place.

Amazon champions Black Friday and is a great place to start for any computer-related deals. The major retailer stocks hundreds of different prebuilt gaming PC options and you can be sure to grab a Black Friday deal closer to the time. We also expect to see discounted older generation computer parts thanks to the recent launches in 2021 for new CPUs and GPUs, from AMD, Intel, and Nvidia this year.

Best Buy features less than Amazon but they have a lot of pre built computers and PC parts listed on their website. If last year was anything to go by, we expect to see some impressive Black Friday computer and component deals once again.

Newegg is very similar to Amazon and will once again be taking part in the phenomenon that is Black Friday. Newegg stocks a lot of computer parts and gaming PCs that you can be sure will be receiving Black Friday discounts.

iBUYPOWER is going to have a lot of computers with older generation components inside, meaning they are likely to be featuring a plethora of gaming PC deals this Black Friday. The computer building company also sells gaming laptops, so we expect to see several deals for those too.

CyberPowerPC, much like iBUYPOWER, is an incredibly popular computer building company. CyberPowerPC will feature loads of deals on their website but also sell products across most major retailing websites like Amazon and Newegg.

We saw some amazing deals in 2020 for computers and all things tech, so we are pretty sure 2021 could be even better. We are set for huge savings on everything gaming PC-related, with computers and PC parts sure to be featured amongst some of the best Black Friday deals. To give us a better idea of what we can expect and to really get the sales juices flowing, let’s take a look at some of the deals we saw last year

It isn’t just computers on offer around this time of year, it’ll be everything from laptops, software, and gaming chairs to the odd mattress. If you’re looking to complete your setup this Black Friday, why not check out some of our most popular pages below:

For the best Black Friday computer deals in 2021, you’ve landed on the right page. The sales event is a superb time of year for any prospective PC builder, gamer, or general tech enthusiast, as you can always grab a great deal.

So, whether you are after a gaming PC or new computer parts, bookmark this page and don’t miss out on the incredible deals that are set to arrive. 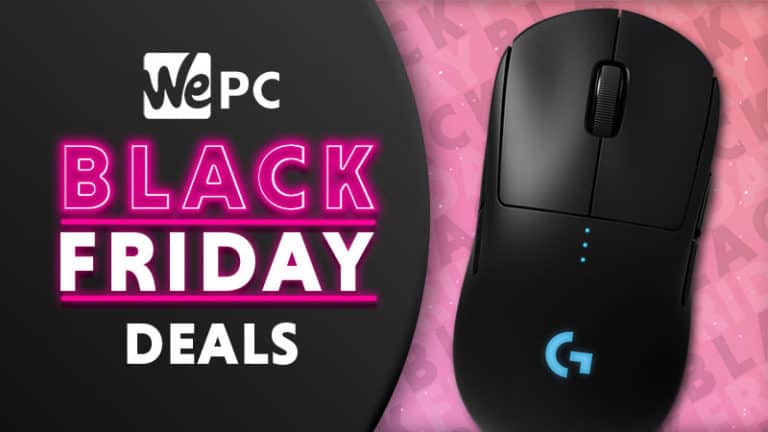 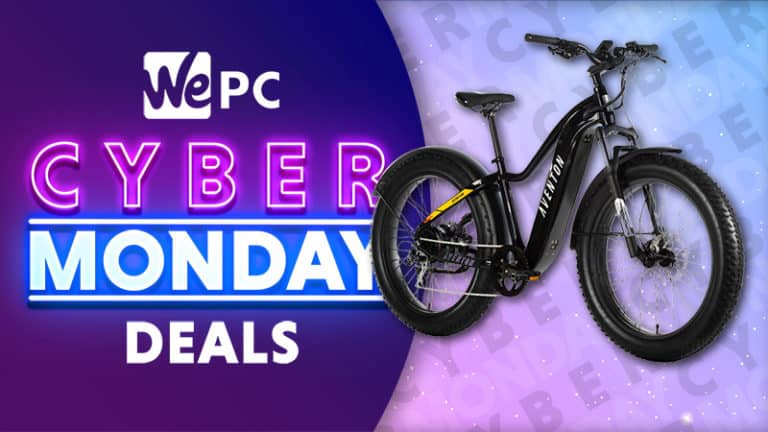 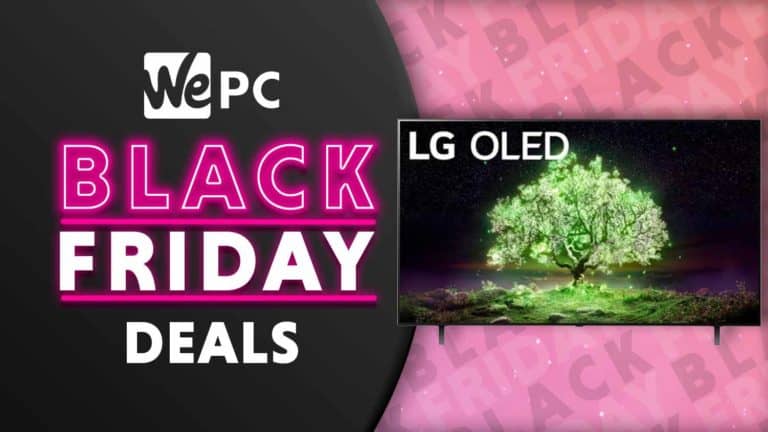 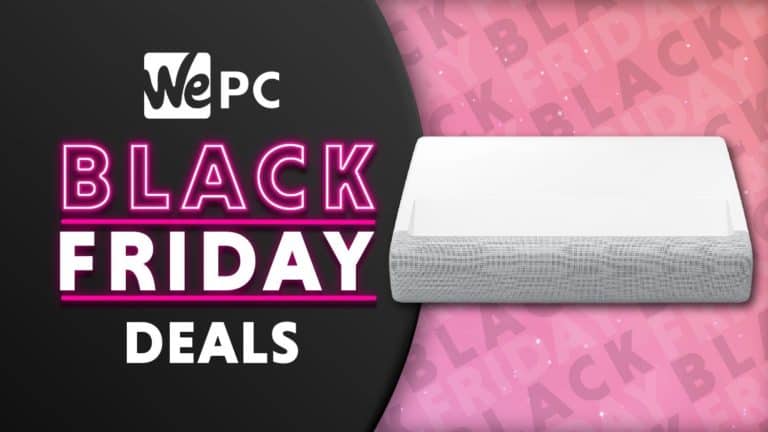 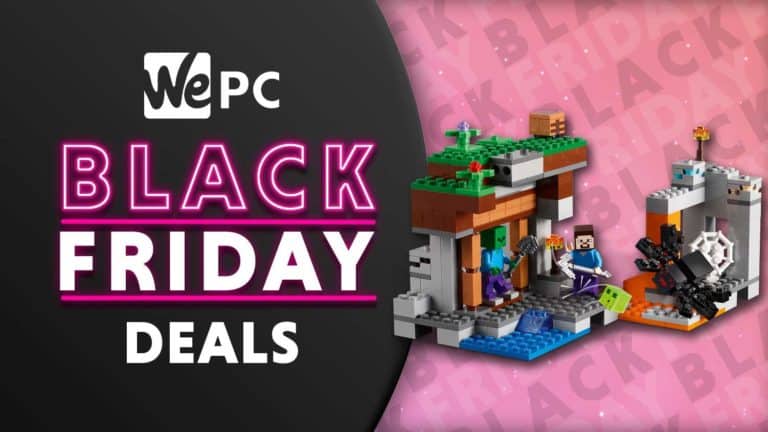 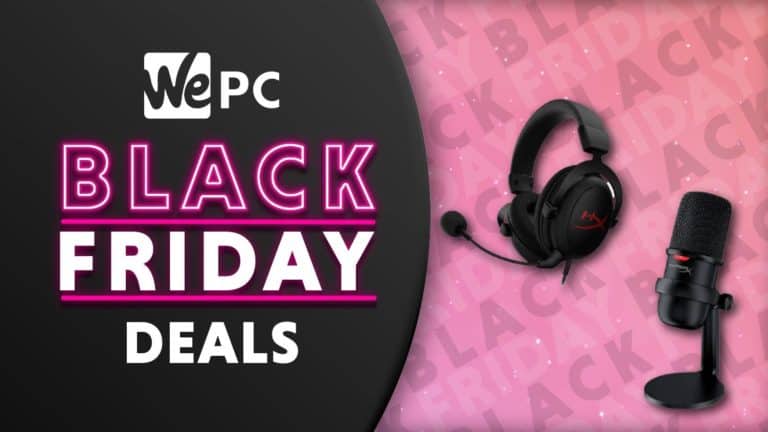