Trusted Source – The WePC team are dedicated to researching, testing, and pushing products to their limits to recommend the top picks for our readers. We keep all our reviews impartial, and only make money money if you purchase a product through our links – so we only recommend the best of the best. Read more

The recent release of the new Playstation 5 took the world by storm at the end of 2020. This next-gen console sold out within minutes and many people are still waiting for more stock to become available.

If you were lucky enough to have got your hands on one, you would have noticed that the amount of storage this console has is fairly disappointing. The SSD that is built into the PS5 has a capacity of only 825GB.

With larger games being released, some reaching around 100GB in memory, you will be severely limited with the number of games that you can store on your PS5 over time. You will likely have to uninstall older games to install newer ones.

Although the SSD can hold 825GB, the usable amount is only 667GB. When looking at older generation consoles, this is similar storage to the older PS4’s. Even the newer PS4’s have the option of 2TB storage.

What is even more frustrating is that there are no current plans from Sony to increase the storage. While you may be contemplating an external SSD, the PS5 does not currently support this.

In this article, we will be delving into SSD cards in more detail. While they are not currently compatible with the PS5, it is still early days and Sony may allow this at a later date.

We will be discussing the potential workarounds and 5 external SSD cards you should consider if Sony allows the use of them in the future.

Sony has stated that the PS5 as it stands is not compatible with external SSD cards. Given this, you are limited to the 825GB capacity provided.

As the PS5 was such a recent release, it is not quite clear why it does not allow you to add an external SSD.

The internal SSD cannot be removed or replaced to customize the storage options. While this is rather frustrating, the current storage capacity is more than adequate to store six or seven reasonably sized games for the moment.

When taking a closer look at the internal SSD of the PS5, it uses a PCIe 4.0 x16 interface, which is currently the best available. In addition to this, it is an NVMe SSD rather than a SATA, which is a lot quicker. If you were to compare an external SSD to this, it would be no match for its loading speeds. However, PS5 users would benefit from the extra storage an external SSD would allow, even if it has a significantly lower loading speed.

Why Have Sony Limited The Use Of External SSDs?

While Sony has not confirmed their reasoning behind the limitations, it is likely because the SSD card in the PS5 will run a lot more efficiently in comparison to an external SSD.

The internal SSD card may not have the highest capacity, but it is impressive. While external SSDs can run larger games, you will run into some significant loading issues. This is something that Sony would have wanted to avoid in a next-generation console.

Is There Any Way To Use An External SSD?

Currently, there is no option available to use an external SSD. However, upon closer inspection of the PS5, it looks as though this may become an option in the future, which many gamers will be pleased to know.

This potential comes from the PS5 expansion slot. This expansion slot may well be the solution to the memory issue. This slot allows the use of an NVMe SSD card in the future.

However, the current PS5 software does not support this. Sony has released that this slot will become active in the future.

Will A USB SSD Work?

While a USB SSD does seem like a way to bypass the use of the expansion slot, these will not currently run with your PS5 either. Again, PS5 games do not currently support this.

However, and this may be of a small boost to you, you can install and run compatible PS4 games from your external USB SSD on your PS5, which may free up a little more space on your internal box to fit something else on. Hardly ideal, but as ever, the closed eco-system of the big console manufacturers has us over a barrel.

While it may in the future, these would perform a lot slower in comparison to using an NVMe SSD card in the expansion slot.

Although there is no current update to allow for the use of an external SSD as Sony has hinted, this will become an option in the future.

Given this, it is worth taking a closer look at some of the options available in advance. For an external SSD that has a good read and write speed and enough storage for gaming, these do not come cheap.

While we have discussed internal SSDs, Sony has not yet released those that will be compatible. Given this, we have focused on external SSDs instead. 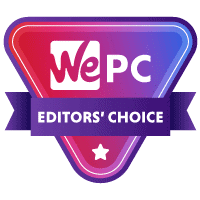 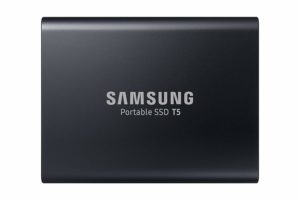 Out of all of the external SSDs we have chosen, the Western Digital is the best for gaming. Whether this is a console or PC gaming, it is built with gamers at the forefront. 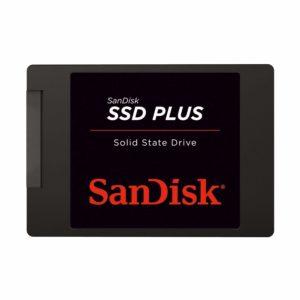 SanDisk is another reliable choice when it comes to external SSDs. This SSD is rated highly by its uses and is a popular choice for gaming in particular.

The Crucial Portable SSD is all black in its design and available in the following capacities – 500GB, 1TB, and 2TB. The hardware interface used is USB 3.1. 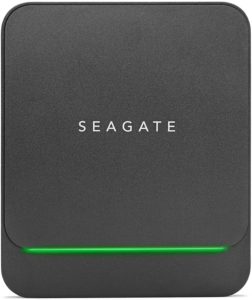 Its overall design is simple and it is matte black. The Seagate has a green LED light. Its dimensions are as follows 0.36 x 3.11 x 3.68 inches. The external hard drive is easy to connect and there is a type A and a type C cable included which will allow you to use this SSD with your PS5 and computer. 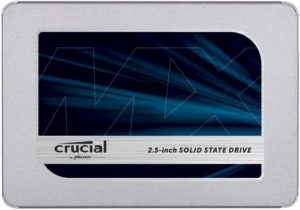 Great choice of capacity options to choose from

While the higher capacity SSDs are great value for money, the 1TB and the 2TB are a little bit more expensive

Out of all of the external SSDs we have chosen, the Western Digital is the best for gaming. Whether this is a console or PC gaming, it is built with gamers at the forefront.

Even though they offer SSD’s with a high capacity, their prices are low overall. While the 1TB and 2TB prices are fairly average, their higher capacity SSDs are a great price.

The data transfer rate of this SSD is 2000 MB/s which is one of the fastest SSDs we have included. It is more than suitable for gaming. The WD is a high-performance SSD and has a SuperSpeed USB interface, which is 20 GB/s.

It is shock-resistant and a great choice of SSD for gaming overall. As it is an NVMe SSD it will perform far better in comparison to SATA cards. 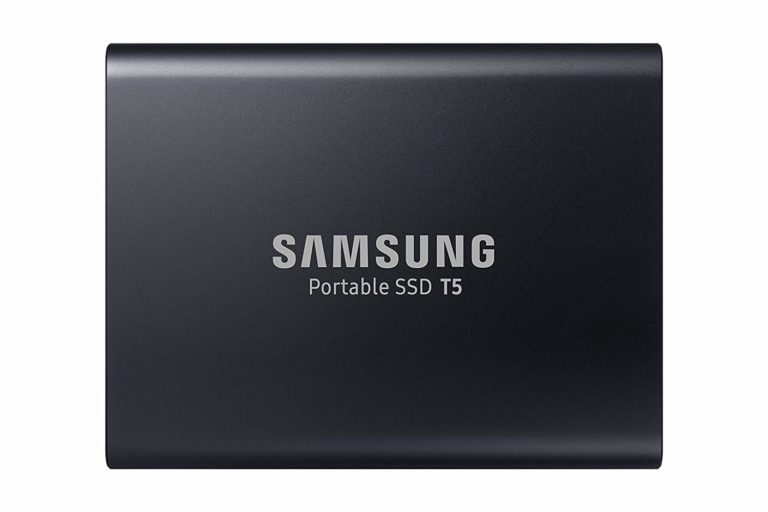 Does not use finger scanning protection

The read speed of the Samsung SSD is 1050 Megabytes per second. This should load your games with little issue. When looking at the write speed, this is 1,000 MB/s. Again, for a portable SSD, this is great.

The SSD is lightweight and easy to transport. Its overall dimensions are 3.30 x 2.20 x 0.30 inches. It is password-protected, but not fingerprint protected. The fast read and write speeds allow quick transfers to be carried out. Overall, it is a reliable data storage device. You can use both type C and A cables with this SSD.

Although it is light in weight, it is particularly durable and can withstand being dropped without damage. Its advanced thermal guard helps to prevent overheating when you are transferring large files. This is particularly great for gaming purposes.

This is reasonably priced given the technology it uses and it is made by a reliable company. 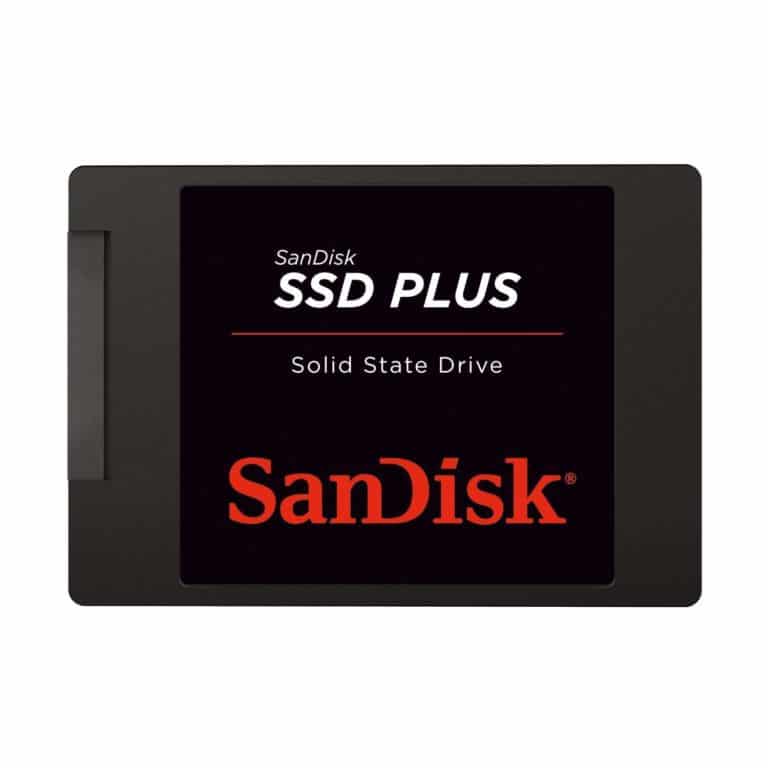 NVMe performance which is fantastic for gaming

SanDisk is another reliable choice when it comes to external SSDs. This SSD is rated highly by its uses and is a popular choice for gaming in particular.

It is available in 4 different size capacities, 250GB, 500GB, 1TB, and 2TB. However, the 250GB SSD will fill up rather quickly and may not be the best option. The SSD is black with small orange accents.

It has a read speed of 1050 Megabytes per second, which is particularly quick. It has a write speed of 1000 MB/s. Its overall dimensions are 0.38 x 2.07 x 3.97 inches. It provides NVMe performance, which is fantastic for an external SSD and will provide quick loading speeds when used on a console.

This is a particularly durable SSD and can withstand a fall from two meters. It is also dust and Ip55 Water-resistant. It comes with a five-year limited manufacturer warranty. It is made from a durable silicone to help protect it from damage.

Your games will be password protected and the SanDisk SSD uses 256-bit AES hardware encryption. It uses a USB type C interface. When looking at the price, it is fairly mid-range and reasonable. However, the 2TB is significantly more expensive.

1.8 x faster than many other SSD

The Crucial Portable SSD is all black in its design and available in the following capacities – 500GB, 1TB, and 2TB. The hardware interface used is USB 3.1.

The Crucial SSD has a read speed of 1050MB/s. Its unibody core is made from anodized aluminium, and it is shock resistant and can be dropped up to 7.5 feet, which is reassuring

It is only 4.33 x 0.45 x 2.09 inches in size and is fairly lightweight. It is particularly fast and will run 1.8 x faster than many other portable SSDs. Crucial is known for creating reliable SSDs and this product comes with a 3-year limited warranty.

Crucial SSDs are backed by Micron, one of the most popular storage manufacturers in the world. This SSD is not password protected, however. 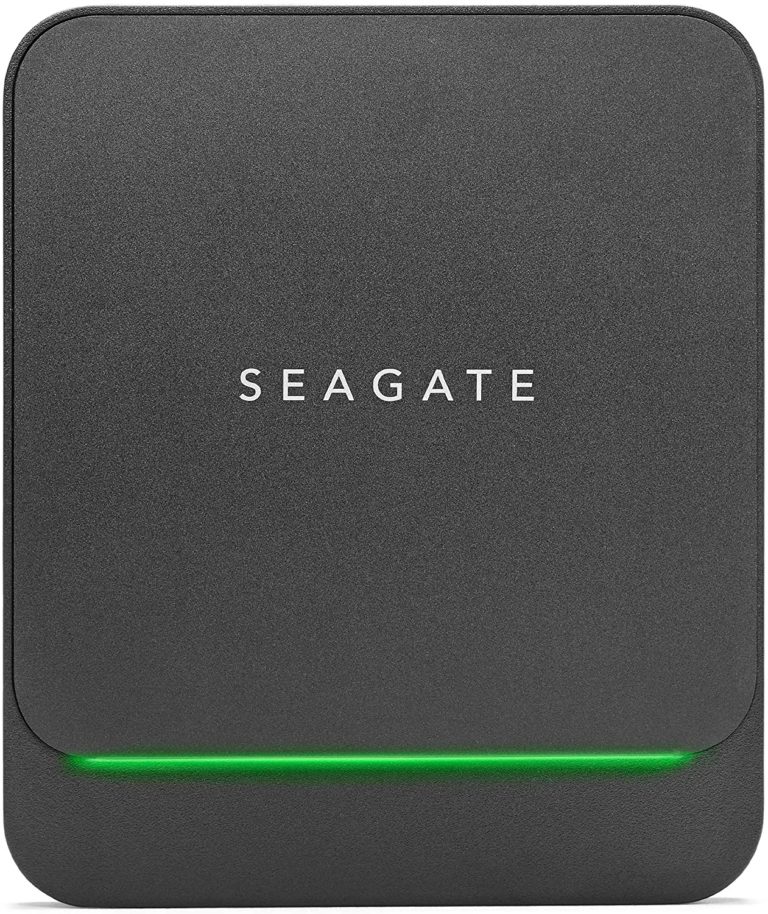 2TB SSD is around double the cost of the 1TB

The Seagate SSD card is 1TB in its memory. It uses a USB 3.0 interface and it quickly and effectively transfers files. It has a read speed of 540 Megabytes per second, which is reasonable.

Its overall design is simple and it is matte black. The Seagate has a green LED light. Its dimensions are as follows 0.36 x 3.11 x 3.68 inches. The external hard drive is easy to connect and there is a type A and a type C cable included which will allow you to use this SSD with your PS5 and computer.

The SSD card is reasonably priced. It is available to purchase in 500GB and 2TB. While the 500GB SSD card is cheaper than the 1TB, the 2TB is almost double the price.

This SSD can store a good number of games. This number will vary depending on the overall size of the games. The Barracuda Fast SSD helps to prevent lag.

As this SSD card is an investment, it comes with a limited protection plan. In addition to this, it is covered by a three-year rescue service. This will give you peace of mind when purchasing.

While there is currently no sign of PlayStation releasing the option to use an external SSD with the PS5, the options we have included above are certainly worth keeping in mind. These are all fantastic SSD’s that have proven to work well with other gaming consoles.

For the time being, we have to make do with the limited capacity of the PS5’s internal storage, but hopefully, the external capacity updates will be a feature sometime soon. 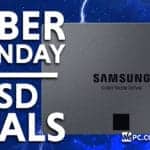 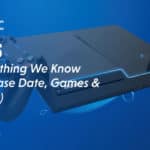 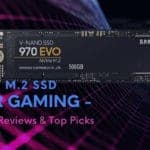 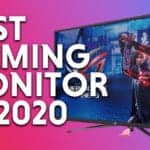