MSI Afterburner is a graphics utility developed by the GPU manufacturer, MSI. It assists with overclocking, monitoring in-game graphics performance, benchmarking, and video capture. It offers a whole bunch of cool features and benefits which we will touch upon in more detail as the article goes on.

Afterburner was originally developed with MSI cards in mind. However, since its release, the software utility has been tweaked to work alongside every other aftermarket GPU. It is now the most commonly used graphics card utility for overclocking & on-screen monitoring.

The following article will discuss the main features of the utility, what they offer, and how to use them. Before we go into that though, let's first get the software downloaded and installed.

Downloading and installing MSI Afterburner is a pretty simple process and one you've probably done a hundred times before. But for those that are new to the installing game - here is how it's done:

What Does MSI Afterburner Do?

The easiest way to understand what MSI Afterburner does is to break the utility down into categories. Below, are the fundamental features that make up the software and exactly what they offer.

For many, overclocking is a daunting task which means walking a fine line between better performance and broken hardware. MSI recognizes this and has created its own overclocking utility within Afterburner which simplifies the process. The overclocking feature provides precision settings that allow you to push your GPU to its maximum potential while protecting your hardware from permanent damage.

The software can tweak almost every aspect of a GPU, including clock speeds, core voltage, power limit, temperature limit, memory clock speed, and fan speed. Afterburner gives you all the necessary tools to tweak your GPU to your exact specifications, something other software applications don't provide.

For Afterburner to work alongside every graphics card available, it uses OC Scanner, a utility that uses an algorithm developed by Nvidia to determine any model of GPU (whether it's a 960 or 2080). Once the OC Scanner has determined what card you are running, it will work out the highest and most stable overclocking settings for that specific card. Then, it applies the changes to your card for instantaneous performance gains.

Afterburner also lets users fine-tune their fan profile by allowing you to choose a customized fan speed curve which alters depending on your GPUs temperature. The higher the temp, the fastest the fan will spin, the lower the temp, the slower. Pretty straight forward.

All your overclocking profiles can be saved onto the software and toggled with the click of a button. Find your desired settings, save them, and game on!

So, at this stage, you might be considering doing a little bit of tweaking yourself, maybe just a small boost in clock speed? Well, if you are, that's great! Afterburner has a cool monitoring feature that allows you to see live changes made to your GPU and what they're doing to every aspect of your graphics card.

The utility allows you to monitor everything from GPU temperatures, core and memory clock speeds, voltage, FPS, and usage percentage via a series of graphs and a full on-screen display. 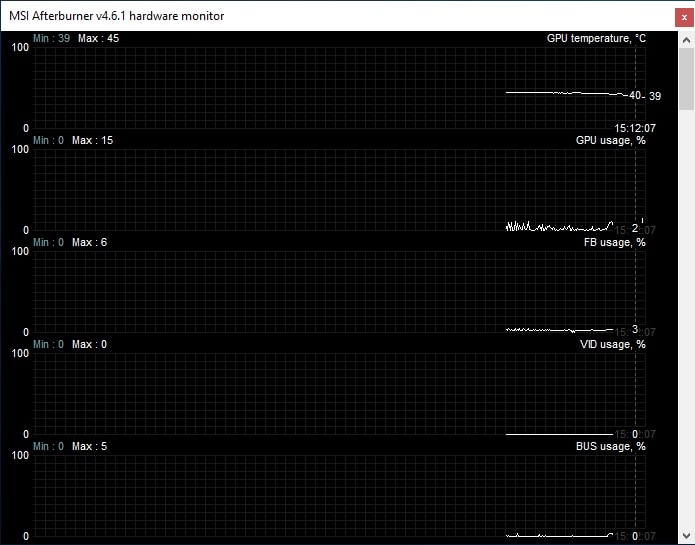 The on-screen display also makes use of the Rivatuner statistics server, which can be pre-programmed for several different uses. Keeping track of your GPU activity whilst gaming is a large part of benchmarking today, and the monitoring feature allows you to do this with live, on-screen updates.

Benchmarking is hugely popular amongst product testers and enthusiasts alike today, and especially now that there is so much competition surrounding the GPU industry. People want to know which card is best and what better way of showcasing that than in a fair, level playing field, benchmarking test.

MSI Afterburner includes a benchmarking tool called MSI Kombustor which runs a serious of stressful GPU processes to see how well your graphics card reacts to the pressure. It's a great way to see whether or not your overclocking tweaks have made an impact on the performance of your GPU. We will go into exactly how to use the software further down.

There is a tonne of video capturing methods out there, and you guessed it, Afterburner has its own unique capture software built right in. The application is named Predator and helps capture in-game footage, tutorials, benchmark results, and more. You can capture in a number of different formats, qualities, and frame rates.

How To Use MSI Kombuster

So, if you've decided to overclock your GPU, you're going to need to know how to use Kombustor. You need to understand how to use and read Kombustor because before we overclock our card, we need to know what performance we are currently getting at base levels.

The following short guide is going to walk you through how to do this. 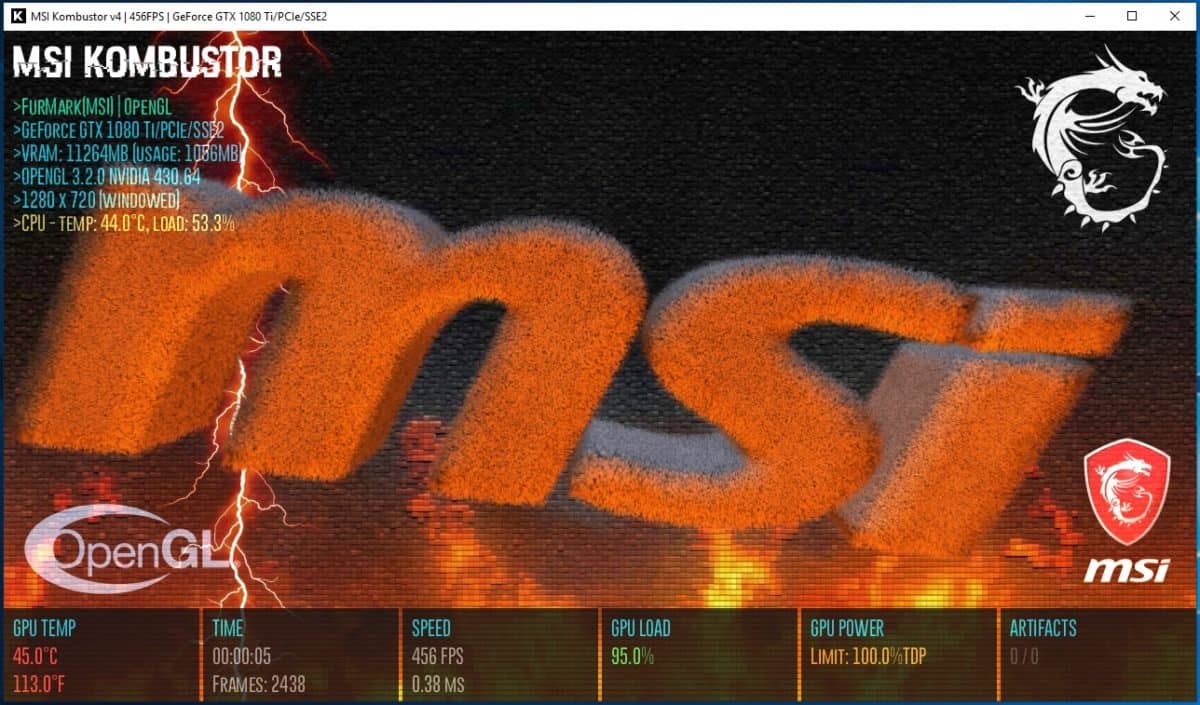 At this stage, you're going to want to start your overclocking process. We would recommend researching what other users have achieved when overclocking the same card as you to make sure you are pushing yours to the limit.

How To Use Overclocking Feature

The first thing you need to realize when thinking about overclocking any hardware components is that overclocking is not risk-free by any means. You are running a serious risk of permanent damage when overclocking so don't be foolish when entering this process.

If at any stage you feel something is wrong or doesn't feel right, stop immediately, and seek advice from more knowledgeable sources before continuing.

Anyway, with that, let's jump in: 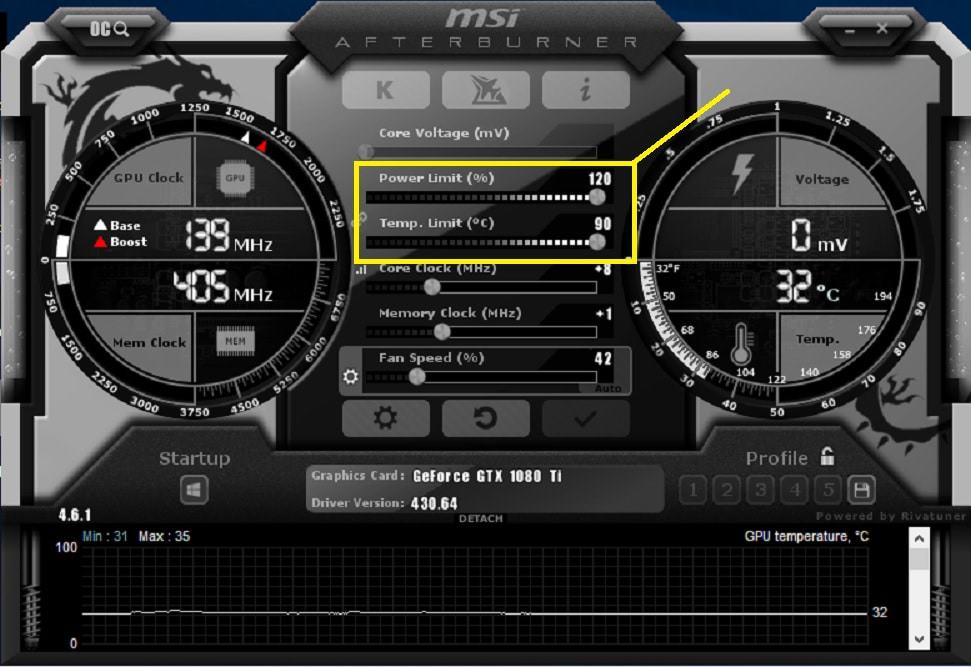 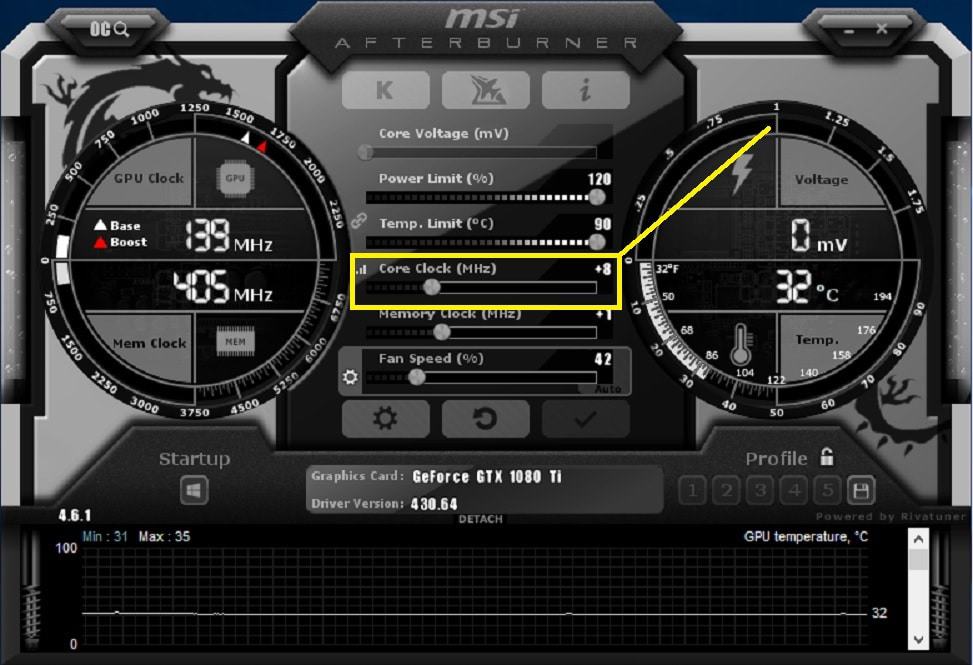 Using MSI Afterburner for on-screen display benchmarking is a great way of showcasing how good, or bad, your GPU actually is. You can easily set the software to display temp, workload, memory clock, clock speed, and everything else that comes with a GPU.

Without further ado, let's dive into the process.

Setting a fan profile is something I haven't made great use of over the years because the GPU just does its thing and the world keeps ticking over. However, when overclocking, I feel customizing the fan profile is an essential part of how efficient your GPU will ultimately run.

Anyway, I'm a bit of a control freak and love having complete control over every element of my PC. Here's how to set your own fan profile.

The scenario will depend on what fan profile you decide to go for. I mean, you might want to go from 60% fan speed right up to 100% as soon as the GPU goes over 50 degrees. Overclocking a GPU will, for me, always require a little extra fan juice because you want the card to be as stable and cool as possible.

It's a learning curve - *sighs* - so just play around and see what works best for you. 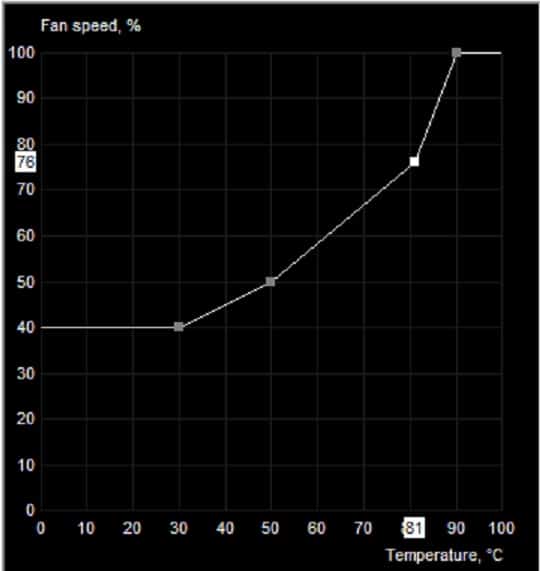 Finally, we have compatibility, we touched on this a little earlier, but we'll go into more detail here.

MSI Afterburner is, for the most part, compatible with every GPU regardless of make, model, chipset manufacturer, or card manufacturer. If you have a GPU made within the last ten years, this thing will support it. This makes Afterburner the most versatile graphics tweaking tool out there. You can use Afterburner to tweak your Radeon Rx 570 or your Nvidia GeForce GTX 2080Ti; it really doesn't matter what you're running.

The cross-brand support which features in Afterburner is different from other overclocking utilities out there (EVGA precision X1 or AMDs Overdrive) which only cater to their specific cards. Afterburner is also completely free of charge and very intuitive, as you've seen.

For me, it's the best GPU overclocking software out there, and I would highly recommend any beginner looking to boost their hardware to use this.

Let us know how you got on in the comments section below, we love to hear user experience and will reply to any questions as soon as we can. 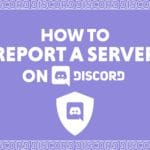 How To Report A Discord Server 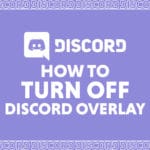 How To Turn Off Discord Overlay 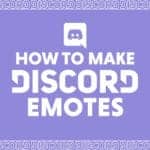 How To Make Discord Emotes

Make Your Own Emojis! 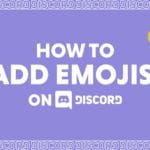 How To Add Emojis To Discord