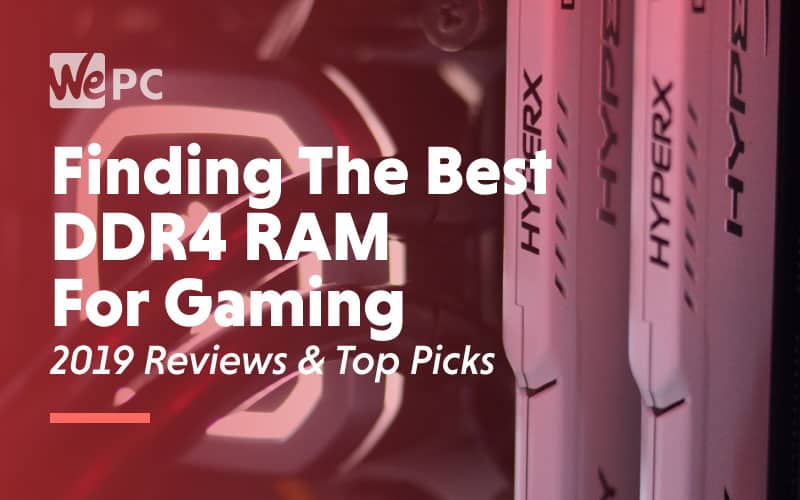 We took some time to round up and find the best DDR4 RAM sticks we could, steadily escalating in price, capacity, frequency, and performance while doing so. Our end result presented us with five high-quality RAM sticks that you’re welcome to pop into your new PC build or use to upgrade an old one. Furthermore, with the imminent release of DDR5 memory just around the corner, it's also worth taking a look at how current DDR4 matches up against it.

Before continuing, remember there are no bad choices here. We already filtered those out for you.

Instead, go with the RAM that suits your computing needs and falls within your budget. After we go over the individual products, we’ll tackle some popular RAM-related questions to help you decide which of these DDR4 RAM kits is right for you.

Anyway, that in mind, let's start by discussing what RAM actually does.

RAM is short for Random Access Memory. It’s also “dynamic” memory, versus your HDD/SSD storage, which is considered “static” memory.

RAM is used to hold data in the short-term, by holding active applications and data where it can be quickly accessed, discarded and changed. In human terms, think of it as your short-term memory or what you have in mind right now.

With the increasing RAM demands of operating systems, games and applications, many people are starting to ask more questions about what exactly RAM is and what it does for them. We’re going to use the rest of the article to demystify any questions you may have about RAM to allow you to make an educated buying decision.

When it comes to gaming, RAM is usually used to hold the active levels/maps and help your CPU/GPU juggle all the calculations that are going on in-game. In the sections below, we’ll dive a bit deeper into how it affects performance.

Before we discuss more intricate topics related to RAM such as; how much, what speed, and what difference RAM makes to gaming, let's take a look at the best DDR4 RAM right now. 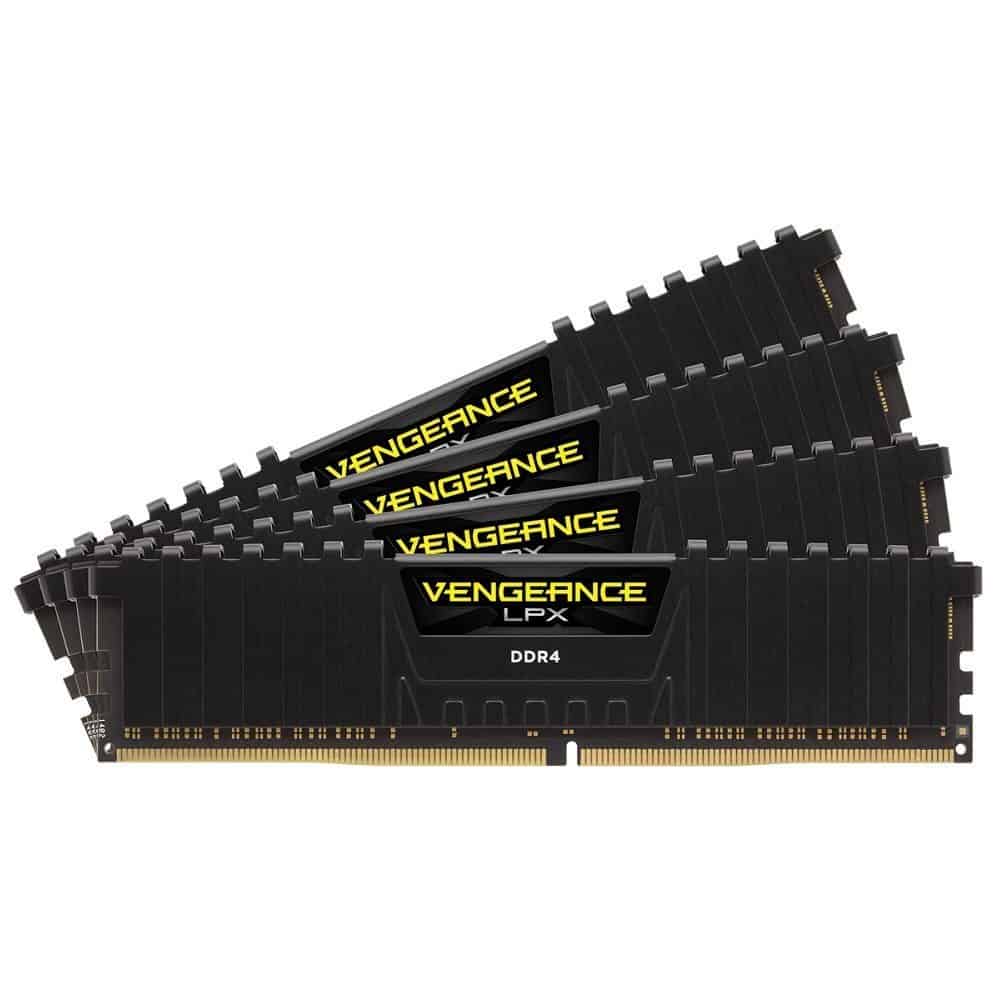 Corsair design their Vengeance LPX range with 2 goals in mind, solid performance and overclocking potential. They achieve this by equipping their LPX RAM with a heat spreader which is comprised of pure aluminum providing faster more efficient heat dissipation. Furthermore, the either-layer PCB helps manage temperatures and allows for excellent overclocking headroom.

The Vengeance range is also extremely versatile, it's been tested against all X99 motherboards for compatibility, not to mention the low profile heat spreader which makes their RAM much smaller than others in the list. It comes in a variety of different speeds and sizes ranging from 4GB of 2400MHz right up to 16GB of 4000MHz meaning you can find a RAM speed that is suitable for your needs. It also comes in a variety of colors to suit your exact RGB setup.

Touching on RGB briefly, the Vengeance series does have an RGB edition within its ranks. As you would expect with RGB, the price doesn't really reflect the improvements, however, if RGB is what you're into fear not, Corsair have you covered.

Right now Corsair's Vengeance LPX is one of the best selling RAM standards on the market and you can see why they have truly catered for everyone's needs. 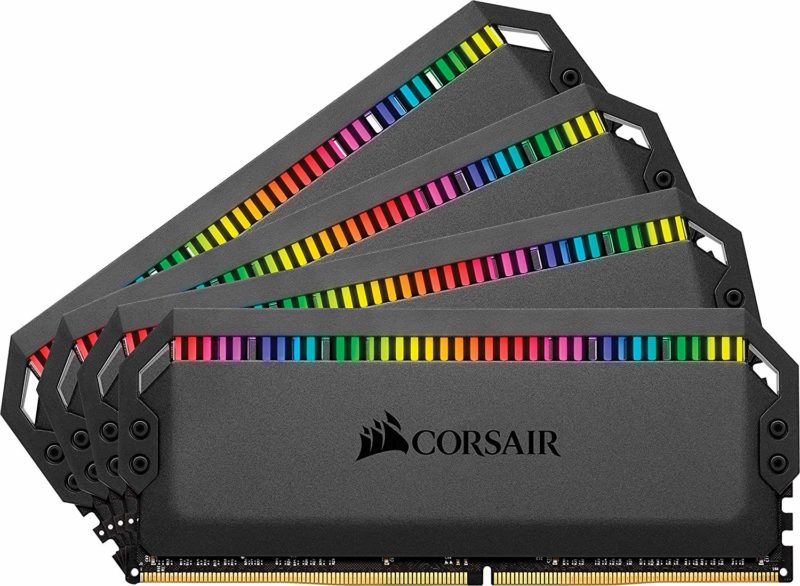 Corsair's Dominator Platinum DDR4 comes with all the same principles as the LPX range, however, the Dominator comes with B-die and much more overclocking potential thanks to the heat spreader they've equipped. Corsair say they have redefined premium DDR4 RAM thanks to the iconic design, superior craftsmanship and aluminum construction the Dominator wields.

Speeds start from 2400MHz and climb to an impressive 4000Mhz. Worth noting is the RGB version of this RAM has an entry level speed of 3000MHz meaning if you're into light customization, be ready to fork out for it with. On Average RGB is around 15% more expensive.

Ultimately, I think we can comfortably say this RAM is catered towards consumers who are looking for visual improvements over actual performance boosts. If price isn't a factor we'd recommend this for an RGB memory solution, however, if you're on a budget and want the high performance standards of Corsair, we recommend the Vengeance LPX. 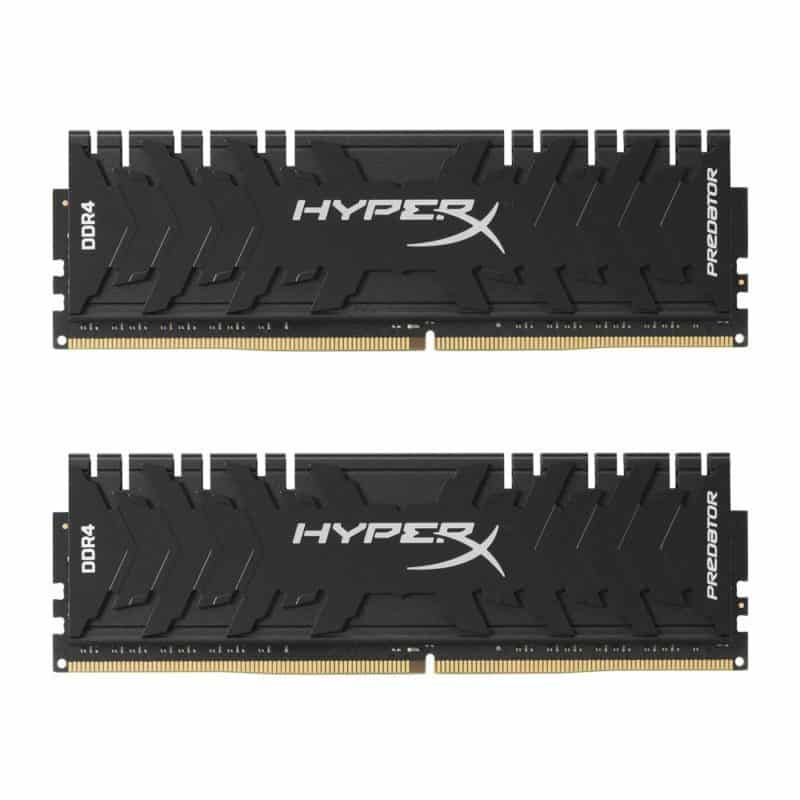 The guys at Kingston have designed the HyperX Predator memory with a fierce new heat spreader in black aluminum which provides greater heat dissipation and higher overclocking potential. Currently the Predator isn't as popular as the Fury black series but it does beat it hands down in performance results. The most popular of the series is the 3000MHz standard but they have been designed in speeds that vary from 2400MHz up to 4133MHz.

The design can be classed as aggressive and does come with an RGB counterpart which is simple but effective if that's your thing.

Ultimately if you're looking for RAM with solid overclocking potential then definitely take a look at the Predator range from Kingston. 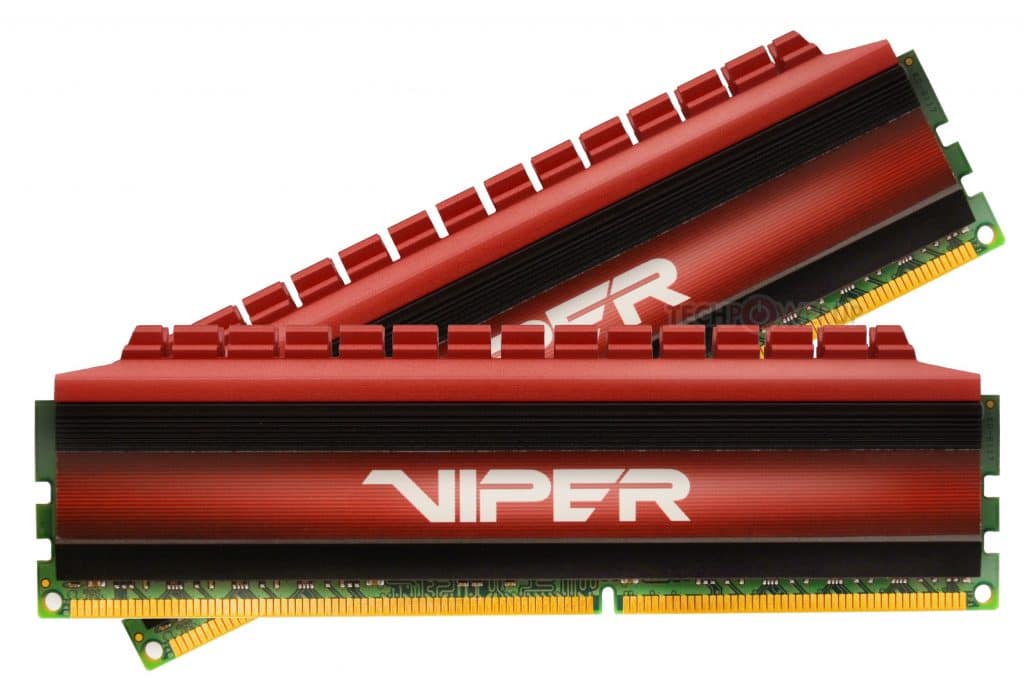 Patriot's Viper 4 Series falls under the lower end of the price spectrum in our list of best RAM for 2019. However, this doesn't take anything away from the performance power they provide with Patriot saying the Viper 4 has been engineered and designed for intense gaming and the most demanding computer environments. All sounds good to us. In benchmarks the Viper was slightly slower than the standout brands but we're willing to let that slide considering the price is vastly cheaper.

The viper comes in a couple of different colours and does have an RGB iteration, be careful though as this adds a decent amount to your shopping bill total.

Ultimately the Viper caters towards consumers looking to get affordable RAM which still operates at a fairly decent level. Just be aware that build quality and longevity have been comprised to accommodate the difference in price 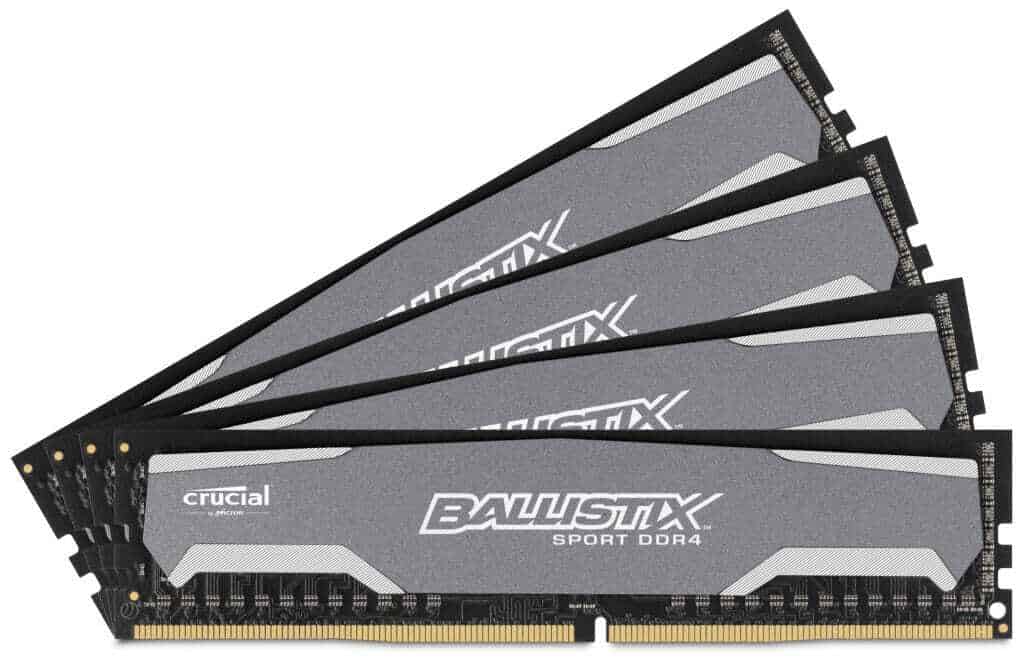 The budget range of DDR4 RAM is dominated by the Crucial Ballistix line, and Crucial’s 4GB RAM kit is no different. It comes in at a 4GB capacity and an impressive 2400 MHz speed thanks to being a DDR4 kit.  While this is great if you’re building a very cheap budget PC and can’t afford more RAM, it does mean that you’ll only be able to game or multitask, not both at once. 4GB simply can’t juggle modern games alongside browsers and other applications.

However, as a starting point for a new build, this RAM kit isn’t bad. You can always buy another and slap it in later for a dual-channel boost in performance, as well.

What is the best amount of RAM for gaming?

Honestly...it doesn’t actually matter that much for gaming in particular. Where it does start to matter, however, is when you look at what else you happen to be doing when you’re gaming. For serious games, you should know how to pick the best RAM for gaming in 2019.

Here’s a helpful breakdown of what you can do at various RAM capacities.

Ultimately, there is no best amount of RAM for gaming.

There is, however, a most practical amount of RAM for gaming and that is having 8GB of RAM. For the foreseeable future, this will likely remain the case, but perhaps one day we’ll see games and applications that justify buying more RAM.

If you are looking for more specific information on RAM and the best of the best, check out our other guides below.

What is the best RAM speed for gaming?

Many people invest in the fastest, greatest hardware to push maximum frames. But, does that actually result in better gaming performance or is it just an ego boost number?

First off, most DDR4-compatible motherboards and RAM will only be able to reach a maximum of around 4200MHz without serious performance issues. In fact, getting RAM to run at these high clocks requires BIOS tweaks which can be tricky if you don't know what you're doing.

Out of the box, your average consumer RAM runs anywhere from 2400MHz to 3200MHz.

Secondly, most games and applications just don’t see much of a performance boost by boosting RAM frequency. Of course, it’s better to run 3000 DDR4 than 1333 DDR3, but as we’ve hit higher speeds we aren’t seeing corresponding differences in gaming performance.

Now, to be fair, some games may very well benefit from RAM speed increases. Unfortunately, these benefits are often marginal at best and usually not worth the extra money.

Ultimately, there is no best RAM speed for gaming. So, let’s talk about the final question: how much of a difference does RAM actually make?

Please note: we've just finished a variety of benchmark tests on RAM speed and published the results on our Youtube channel which you can find here.

How much of a difference does RAM really make in gaming performance?

Not a whole lot.

Once you meet a game’s RAM requirement, you’re fine. And if you go a bit over it, you have more room for web browsing and the such in the background.

Because that’s blatantly false. RAM capacity matters far more than RAM frequency when it comes to gaming (and general) computer performance, and even RAM capacity starts to see seriously diminishing returns past the 8GB point, at least for now.

The big lesson to take away here?

Just buy what you need and what fits your budget. The recommendations we’ve dropped in this article could all be considered the best DDR4 RAM for gaming.

What’s the best for you, however, depends on your budget and your needs.

What’re you going with?