Home » How To » How to Easily Underclock Your GPU 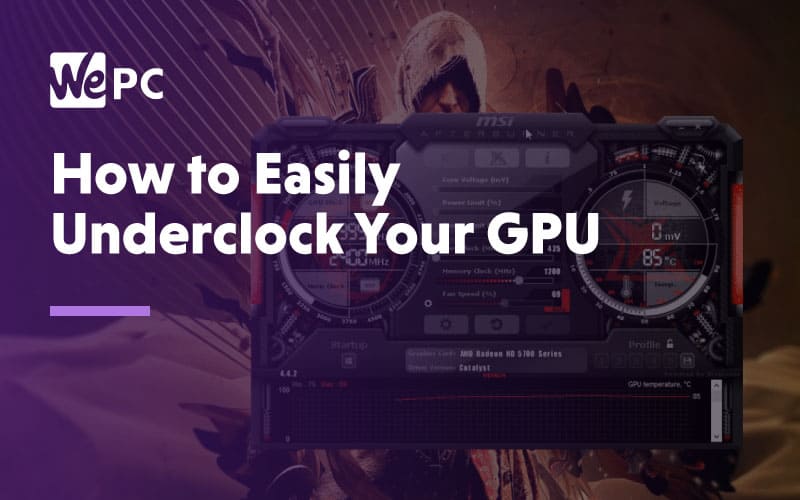 Is it possible for you to underclock your GPU?

An interesting question in a world where OC is king. If you’re looking for ways to safely underclock your GPU, then you are in the right place! Here, we talk about benefits of underclocking a GPU and a detailed step-by-step process on how to do it right - More of this later.

Before we go to the actual process, let’s check whether or not you need an underclocked GPU

Do You Need to Underclock Your GPU?

Most gamers overclock their rig (both CPU and GPU) to get a performance boost. Underclocking your GPU basically lowers the clock speeds of your GPU.

If you use your computer mostly to browse the internet or only do mild gaming, underclocking your GPU is fine. This should reflect lower electricity bills without sacrificing any drop in performance.

There are other reasons why people need to underclock their graphics card. If you live in the Western countries, the summer season is a great time to do underclocking.

Temperatures during this season could rise to as high as 5C-10C. Other factors that contribute to such increase in temperature include having a poorly airflow optimized. It could also be that you need to replace your thermal paste.

It’s like a domino effect. Let’s talk about it in detail.

If you are certain you will benefit by underclocking your graphics card, then proceed to the steps below.

Underclock Your AMD and NVIDIA GPU with MSI Afterburner

Is Underclocking Same As Undervolting?

They are both different from each other.

Underclocking is the process of lowering the clock speeds of your GPU.

Undervolting, on the other hand, is the process of lowering the amount of power the GPU consumes based on the set frequency.

IMPORTANT: Unless you know what you are doing, undervolting a GPU is not advised as this leads to an unstable GPU and possibly damaging it.

Not everyone needs an overclocked GPU. There are users who use only a little or enough memory from how much memory their graphics card can deliver.

If you are certain that you don’t need too much of your GPU’s capacity, follow the steps indicated above and adjust your settings respective to your needs.

Underclocking should give you the benefit of reduced energy bills and still get the same gaming experience without any reduction in performance.

For as long as I can remember, I've always been interested in computers and gaming. It all started with the Sega Mega Drive and then evolved into PC gaming in my early teens. CS 1.6 was my first go at competitive gaming which soon evolved into CS:Source and now CS:GO - a game that I still play (almost exclusively) today. Throughout that period I have been a keen PC builder and enthusiast - dedicating a large portion of my time to the craft. My current rig is an ASUS 5700XT with AMD's Ryzen 3600X.

The Best Gaming Laptops For Under $700