Is liquid cooling worth it? Well, that really depends on your setup and what you use the computer for. We have already gone over the difference between air vs liquid cooling, so let’s discuss whether an open loop cooling system is worth the cash. Strictly speaking from a performance point of view, a custom open loop would be the absolute best way to cool your components, as long as you know what you are doing. A fully built custom loop is going to surpass the capabilities of both air and closed loop cooling, so for the enthusiast, open loops are often worth the hiked price.

With liquid cooling, you get the added benefit of enhanced aesthetics, along with thermal performance but for the general PC user, a simple air stock cooler is often more than enough and free.

If money was no object then liquid cooling is absolutely worth it. Keeping the temperatures of your components down is a great way to keep them running efficiently and could prolong their life.

Is it Worth Liquid Cooling A CPU

If, however, you are building a budget PC or a computer without one of the top shelf CPUs, then liquid cooling starts to become more of an aesthetic luxury.

Is It Worth Liquid Cooling A GPU

GPUs, like CPUs, run at some insane speeds and the best graphics cards produce some of the highest amount of heat when it comes to a PC component. Liquid cooling a GPU not only helps you play those AAA titles with maximized performance but it also keeps the internal temps of your entire build down as there is far less hot air circulating.

The main factor to whether it is worth liquid cooling your GPU would be if you wanted to overclock your card. Overclocking, as we know, essentially removes the speed limitations, resulting in higher amounts of power and performance, therefore producing extra heat. While the fans on your GPU sufficiently cool it, this only really applies when the card is limited to its specified speeds.

Like with a CPU, the aesthetics of water cooling a GPU are unreal, with amazing blocks being created from a variety of brands, vertical GPU mounting, and the added bonus of hardline tubing.

Is liquid cooling worth it? Well, the answer to that question is almost always yes. The only time liquid cooling stops becoming worth it is when we factor in the cost to budget-focused or lower spec PC builds. Liquid cooling is the best way to cool your components and is the only way to ensure performance for some enthusiasts. Liquid cooling can be very expensive though and when we get into elaborate custom open loops, it requires extra skill and brings about risks to the building process.

Regardless of the price and risks, liquid cooling looks unbelievable and creates some of the best aesthetics you are likely to find wiht a PC build.

To some degree, yes, liquid cooling is better than air cooling. This depends on your loop though, as a custom open loop is always going to yield greater performance than air cooling in many scenarios. Where the lines start to blur is when we look at the price to performance of closed loop cooling. If you get the larger AIO’s then yes you will get lower temps but there are some seriously good air coolers available and they are often much cheaper.

Is liquid cooling hard to maintain?

Liquid cooling will inevitably require maintenance at some stage. Fluid will slowly evaporate over time and it is considered good practice to maintain your loop every 6-12 months. Inspect your loop and check for any damage or leaks. You are going to want to replace the fluid with fresh coolant and top off the reservoir in the process.

What is the liquid in liquid cooling?

The liquid in liquid cooling can be deionized water or a glycol and water solution. Plain tap water should never be used as it can attract growth over time which will inevitably clog the loop and hinder performance.

In theory, yes. Liquid cooling is more efficient when it comes to distributing heat over more convection surface area than pure conduction. This allows you to lower fan RPM and get a quieter system. 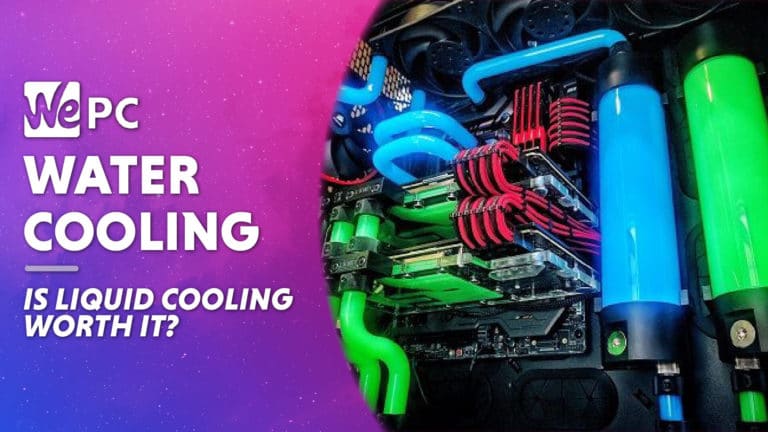 Is Liquid Cooling Worth It?