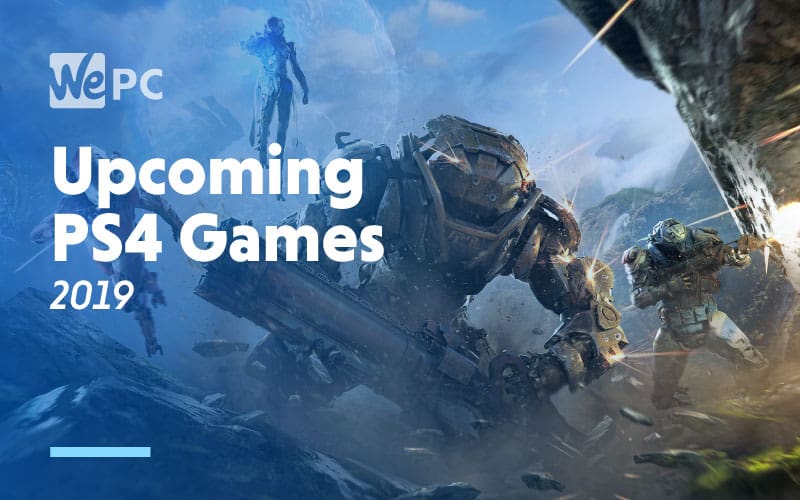 We might be all about PC gaming here, but we often find ourselves dipping our toes in the console world as well. And, there’s no denying that Sony regularly gets their hands on some of the hottest game releases around. All of these upcoming PS4 games are high on our wishlists and will swiftly be making their way to our game libraries come release day.

Not all of these titles will be PS4 exclusives, some will also be PC game releases or Xbox game releases, or even Google Stadia games. And, sadly, some of them don’t have any official release dates just yet. But they are all confirmed games that we know are definitely happening, so that’s something, at least. Without further ado, here are our top picks for the best upcoming PS4 games 2019 and beyond.

The threequel to the hit series looks set to be yet another amazing game. Filled with the kind of swagger and randomness we would expect from a Borderlands game, Borderlands 3 brings some familiar faces back into our lives. All this, plus a billion guns – what more could we possibly ask for from this game?

The Outer Worlds looks set to be one of the biggest sci-fi games of the year. You play the part of a human who wakes up after years of cryosleep, now you’re on the furthest reaches of space with some important decisions to make. Will you team up with the scientist who saved you? Or will you report them to the Colonies and work with them instead?

If you’re looking for a game that stands out from the crowd by being different, then you don’t need to look any further. The weird and wonderful footage we’ve seen so far for Death Stranding has left us equal parts confused and excited, and we kind of like it. We’re still not sure if it’s going to be an RPG, Action, Shooter, Puzzle-based, or Strategy game – or, more likely, something new altogether. But, that doesn’t mean we’re not desperate to get our hands on it.

Who wouldn’t be excited about a new Star Wars game? Star Wars Jedi: Fallen Order has been making a seriously good impression on many people already. The storyline, combat, and gameplay mechanics all look intriguing. Granted, not being able to influence your character’s path may put some people off, but plenty of older games worked in just this way, and we all ended up loving them as well. I guess only time will tell.

There’s been no shortage of discussion around Shenmue 3 since it managed to get its Kickstarter funding through. Some of it has been positive, some not so much. But, one thing remains the same throughout – we want to see how it turns out. The graphics don’t stand up to other new titles, but the gameplay looks promising which, let’s face it, is the most important part.

Doom has long been a PlayStation classic, and this latest installment looks set to continue that tradition. As a direct sequel to the 2016 game, this version has more guns, more action, and more heavy metal to soundtrack your game.

Assassin’s Creed fans were treated to the news that Ubisoft would be moving away from the strict confines of history, and moving into a more magical world with Gods & Monsters. The story is loosely on Greek Mythology, with the player taking on the role of hero, working with the Gods to try and defeat the monsters of the world.

The hotly anticipated remake of the ‘90s classic has been on our radar since its initial announcement back in 2015. The Final Fantasy VII Remake is set to be a lovingly crafted homage to the original while still incorporating new story and gameplay elements to keep the game feeling fresh and current. Although the first part of the game will be releasing on PS4 exclusively, there are many wondering how they will time the release with Sony’s next-gen PS5 console that’s also set to release in 2020.

The buzz around Watch Dogs: Legion seems well warranted, from what we’ve seen so far. With possibly the most varied selection of PCs we’ve ever seen, you can choose to play as a lawyer, an elderly man with a rifle, or hacker – all depending on what each job calls for.  We can’t wait to explore London with this interesting collection of characters.

This roleplay-heavy FPS game has already been making huge waves in the gaming world. After they used Keanu Reeves to announce the game itself, Cyberpunk 2077 has been at the top of many gamers must-buy lists. There’s an interesting storyline to explore while you run around shooting your way through the game. It’s this mixture of roleplay and shooter elements that has made so many people turn their heads.

Based on the tabletop game of the same name, Vampire the Masquerade: Bloodlines 2 is heavy on the RPG elements of gameplay. You play as a newly sired vampire, thrust into the dark underworld of Seattle as you interact with the different vampire clans. It builds on the first game in the series and looks like it will delve deeper into the lore and story elements of the world.

This is a game for all of us who fell in love with the naval combat in Black Flag. It’s basically that game, but just focusing on the naval side of things – and we are all for that. Skull and Bones has streamlined the combat features and brings us a stylish and interesting game to sink our teeth into next year.

The follow up to Techland’s original zombie survival game, Dying Light 2 follows the story of an infected survivor who has to fight to survive in this harsh new world. Your decisions massively affect the story and progression of the game, so what you do has very serious consequences. The combat looks interesting and organic, using improvised weapons throughout.

If the trailer for The Last of Us Part II hasn’t got you desperately hoping for a confirmed release date, then I don’t know what’s wrong with you frankly. One of the most hotly anticipated games of recent years, this follow up to the wildly successful first game has got gamers everywhere foaming at the mouth. Although this time around we’ll be playing as Ellie rather than Joel, the violence and storytelling aspects we know and love are still there in full force.

Set in feudal Japan, Ghosts of Tsushima tells the story of Jin Sakai, a samurai warrior during the Mongol invasion. While we still don’t have a huge amount of information on this title, the previews we’ve seen have definitely got us excited to see how it turns out. 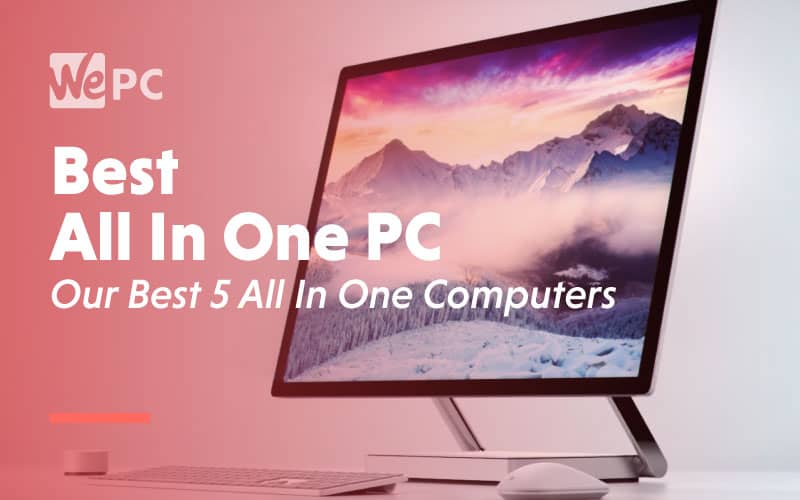 All in one gaming PC - 5 best all in one computers Is the Overwatch 2 Season Battle Pass worth it 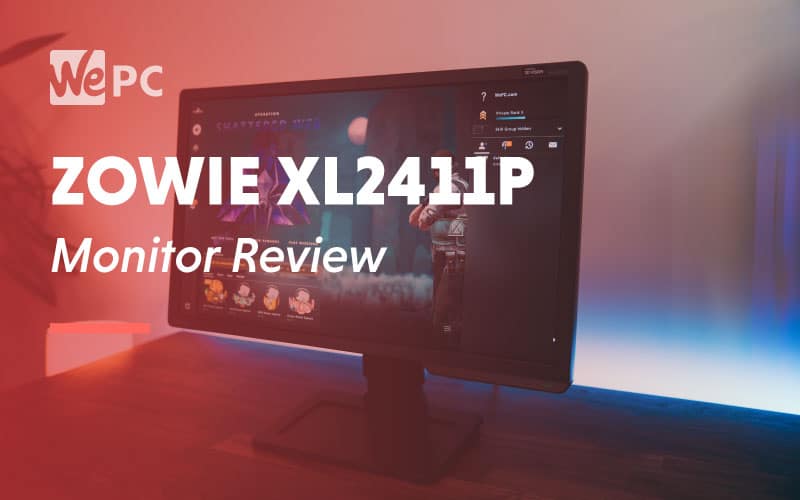 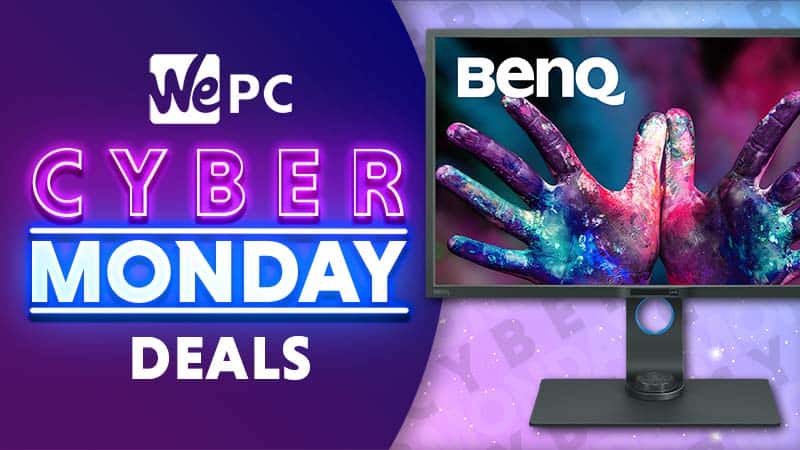