The Corsair Hydro X Series range of custom liquid cooling hardware has been in the works for some time, but the manufacturer took the opportunity to launch the line at Computex 2019. Corsair has gone all in with Hydro X and offers a comprehensive list of components that can be mixed and matched to the needs of any custom water cooling loop with "refined aesthetics and low temperatures" the name of the game.

Next up, we have the Hydro X Series XG7 RGB GPU water block which promises to confine noise pollution from chunky GPU fans to the past. Made with precision CNC-milled nickel-plated copper and housed in a sleek aluminium case; the XG7 ensures the GPU, memory, and VRM are cooled in equal measure in what Corsair calls a "premium total conversion design."

Over 50 cooling fins keep the chip cool while a GPU-sized aluminium backplate covers the entirety of the PCB protecting fragile components. Like the CPU blocks, the XG7 has the same 16 pronged customizable RGB LED setup, which comes to life thanks to an acrylic top plate and see-through flow path. With ease-of-use in mind, Corsair ships the XG7 with thermal materials and pads pre-installed.

The Hydro X Series also includes the XD5 RGB Pump/Reservoir Combo. It runs on a Xylem D5 PWM pump attached to a 330ml reservoir with an integrated fill port for easy coolant loading/unloading.

Like the other Hydro X products, lighting is catered for with ten mounted RGB LEDs. Other features include a G1/4-inch real-time temperature sensor integrated into the cooling loop, 120mm and 140mm fan mount rubberized bracket sets, a 24-pin PSU jumper bridge, and individually sleeved paracord cabling. The combo retails at $154.99.

To round off the hardware offering of the Hydro X Series, Corsair is shipping the XR5 and XR7 water cooling radiators designed in conjunction with HardwareLabs.

Eager to offer the complete package, the Hydro X Series has an array of solid G1/4-inch thread brass fittings, valves, splitters, and adapters as well as XL5 anti-bacterial/non-toxic/anti- corrosive coolants in a selection of colors. Corsair is also throwing in easy to cut XT tubing in softline and hardline multi-GPU options.

Whats a water cooling system without controls? Corsair rounds up the Hydro X line with iCUE Commander Pro compatibility; an all in one solution to manage RGB lighting, fan speeds, temperature monitoring, and two extra USB 2.0 ports to boot.

All the above are currently on sale directly from Corsair. If you fancy a go at conceptualizing a cooling loop, then Corsair's web site is offering a nifty configurator tool. 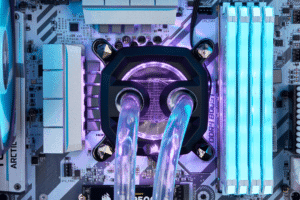 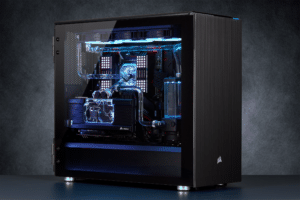 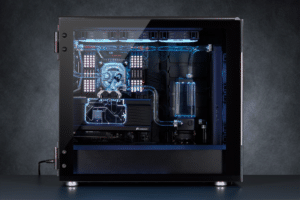 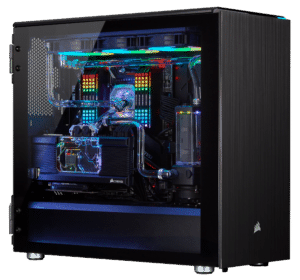 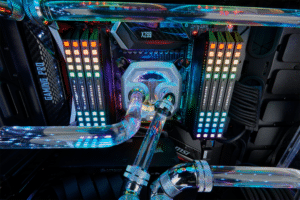 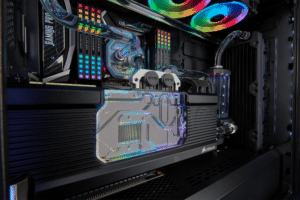 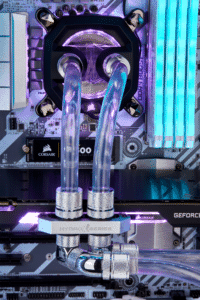 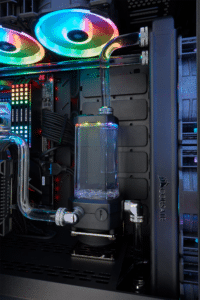 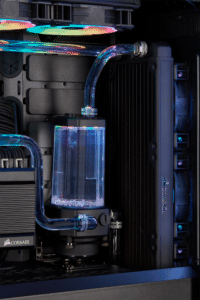 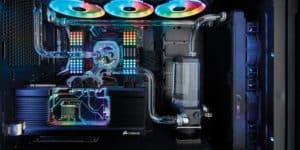 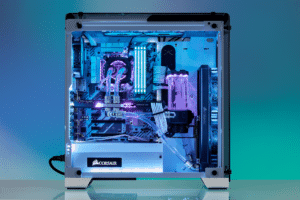 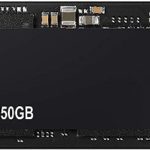 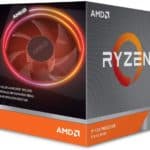 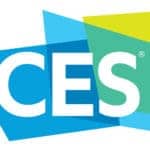 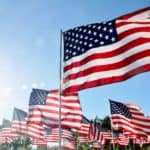