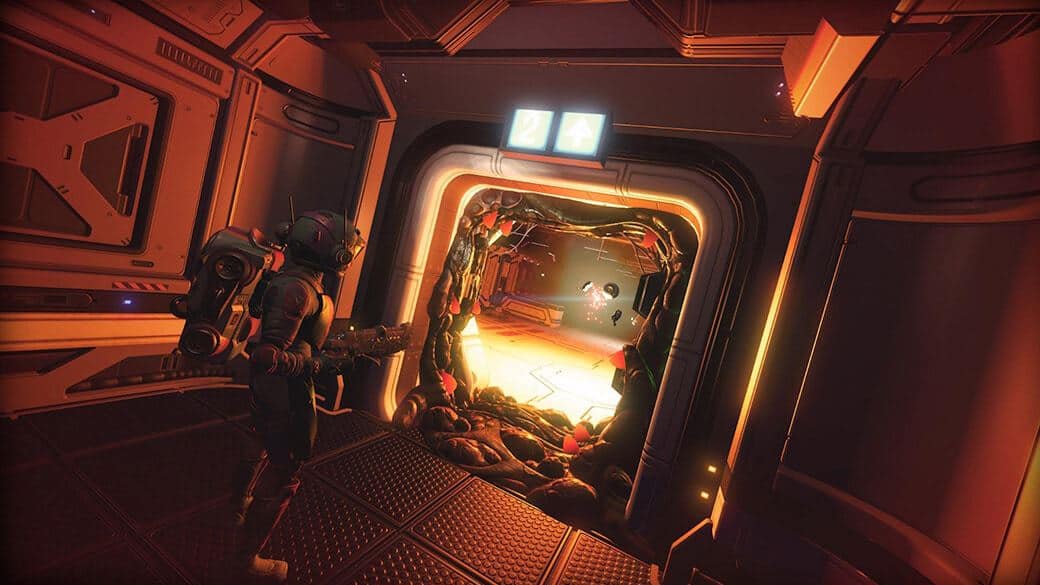 No Man’s Sky is truly the gift that keeps on giving. The mind-obligingly vast space-faring sim’s redemption arc continues today as developer Hello Games announced a brand new update, dubbed Desolation. Desolation is but the latest in a long string of updates pumped out by the UK based indie studio. They’ve done a great job of supporting the game post-release, even if it had plenty of struggles early on.

As the name suggests, it’s a creepy affair that mixes in more than a sprinkling of sci-fi-infused horror that, intentionally or not, harks to games like Alien Isolation and Dead Space.

Desolation’s flagship feature is the introduction of fully-explorable haunted wreckage of derelict freighters. No two freighters are identical in keeping with No Man’s Sky tradition of procedural generating everything from flora to entire solar systems. The story goes that they’ve been hastily abandoned, left to drift eerily through interplanetary space. Each one tells a different procedural story through crew logs and scattered personal effects. 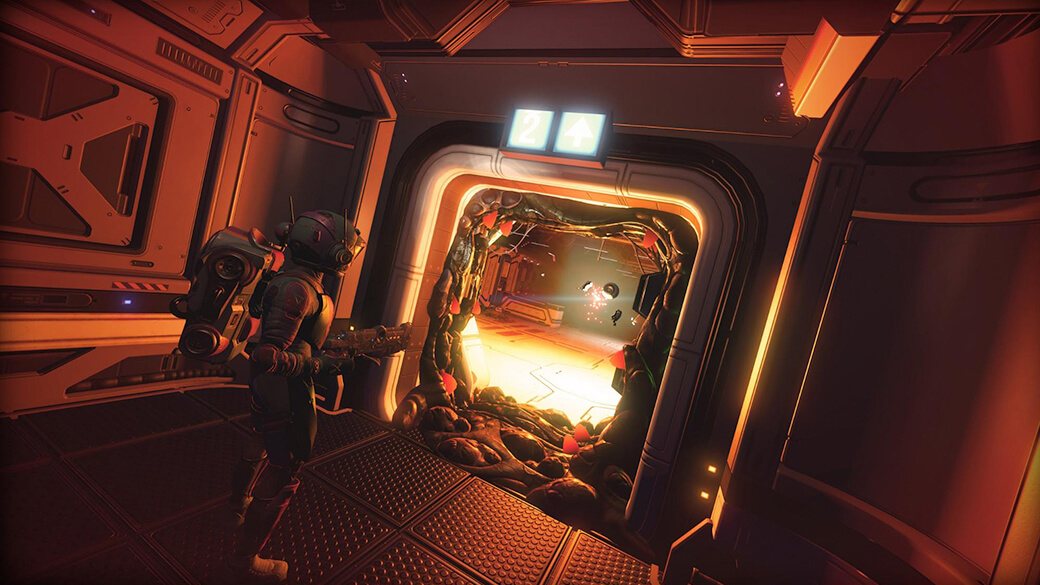 Their haunted corridors contain valuable loot to salvage, but players will have to contend with quite a bit of danger from both buggy on-board system (no lights, no gravity, no life support, and sketchy security AI) and alien infestations to reach it. Rewards include unique items that can be put to good use to upgrade the player’s freighter and fleet. The haunted freighters will spawn all across No Man’s Sky’s star systems, although eager scavengers can track them down by visiting a local scrap dealer to obtain exact coordinates. 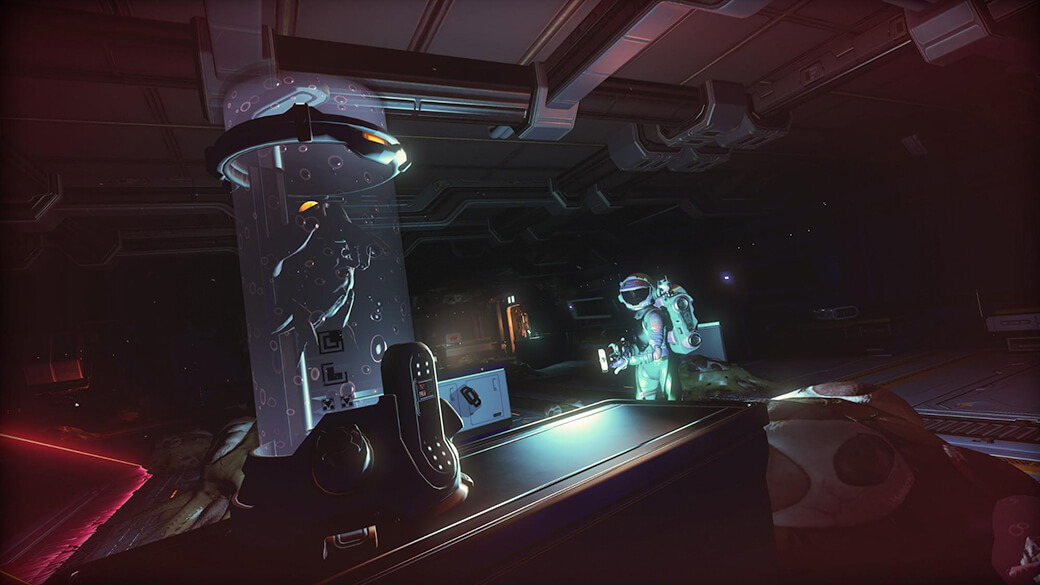 Player freighters are also getting some love in Desolation, including new auto-expanding freighter modules, the ability to expand inventory space, improved inventory management, and new customization features that allow you to switch up the color scheme of the ship. Teleporter modules can now be built on-board freighters granting easy access to space stations, bases, and capital ships. 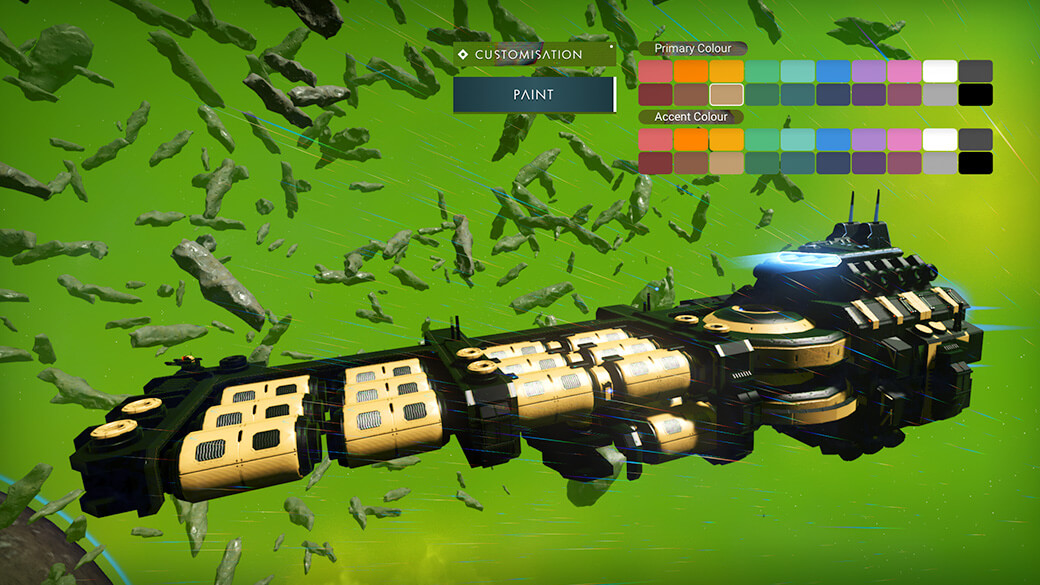 Hello Games is also improving combat mechanics through a re-balancing of multi-tool weapons to offer a faster-paced, dynamic combat experience. Those pesky sentinels that so often cause a mad dash back to your ship have also been tweaked – expect more reinforcements.

Other changes introduced in Desolation include player titles, new anomaly detection beacons mined from asteroids that pinpoint objects ripe for investigation, and a raft of new multiplayer nexus missions on the space anomaly.

As with all No Man Sky’s updates, Desolation features a long list of bug fixes and minor quality of life changes. You can check out the full patch notes right here.

No Man’s Sky’s Desolation update is now live on PC via Steam, PlayStation 4, and Xbox One. No Man’s Sky is currently available for 50% off on all three platforms to celebrate the update.