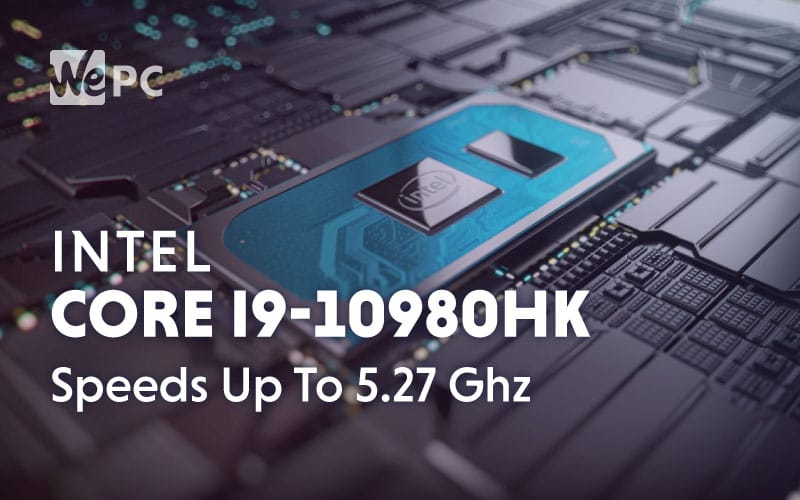 A fresh batch of benchmark results suggests Intel is gearing up to make quite a splash in the mobile market with what appears to be the most powerful mobile CPU we’ve seen yet.

New Geekbench benchmark results uploaded on Monday appear to show Intel’s yet-to-released Core i9-10980HK hitting staggering boost clock speeds of 5 GHz – 5.27 GHz to be precise. The benchmark hit a single-core score of 6321 and a multi-core score of 32028. For comparison, AMD’s AMD Ryzen 7 4800H hit scores of 5228 and 31614 in the same benchmark.

According to the benchmark, the Intel Core i9-10980HK chip – part of Intel’s 10th generation Comet Lake-H family – boasts eight cores, sixteen threads, a base clock speed of 3.1 GHz, and a TDP of 45 W. If the results are real, then a boost clock speed of 5.27 GHz would make the Core i9-10980HK hands down the fastest mobile CPU ever.

Reaching such blistering speeds is no small feat for mobile processors and one that may spell the start of a new era for the gaming laptop landscape.

Such speeds would prop up the existing gaming laptop offering to new heights, allowing these to reach performance levels similar to those found on decked-out desktop equivalents. We’d be looking at multitasking abilities until now unseen in laptop CPUs.

The possibilities are enticing, given that laptop performance traditionally lags behind that of desktops. While purists wouldn’t touch a gaming laptop due to this lesser performance, the Intel Core i9-10980HK may go a long way to reversing that widely held sentiment if the benchmarks are to be trusted.

As always, we have to take these results with a pinch of salt because the chip is more than likely a pre-production model. The final retail CPU may differ in terms of maximum boost clock speed. Nevertheless, it’s a much needed positive for the Intel camp after AMD has stolen the show in recent months.